The Price of Preservation for Historical Homes in the Beach Cities 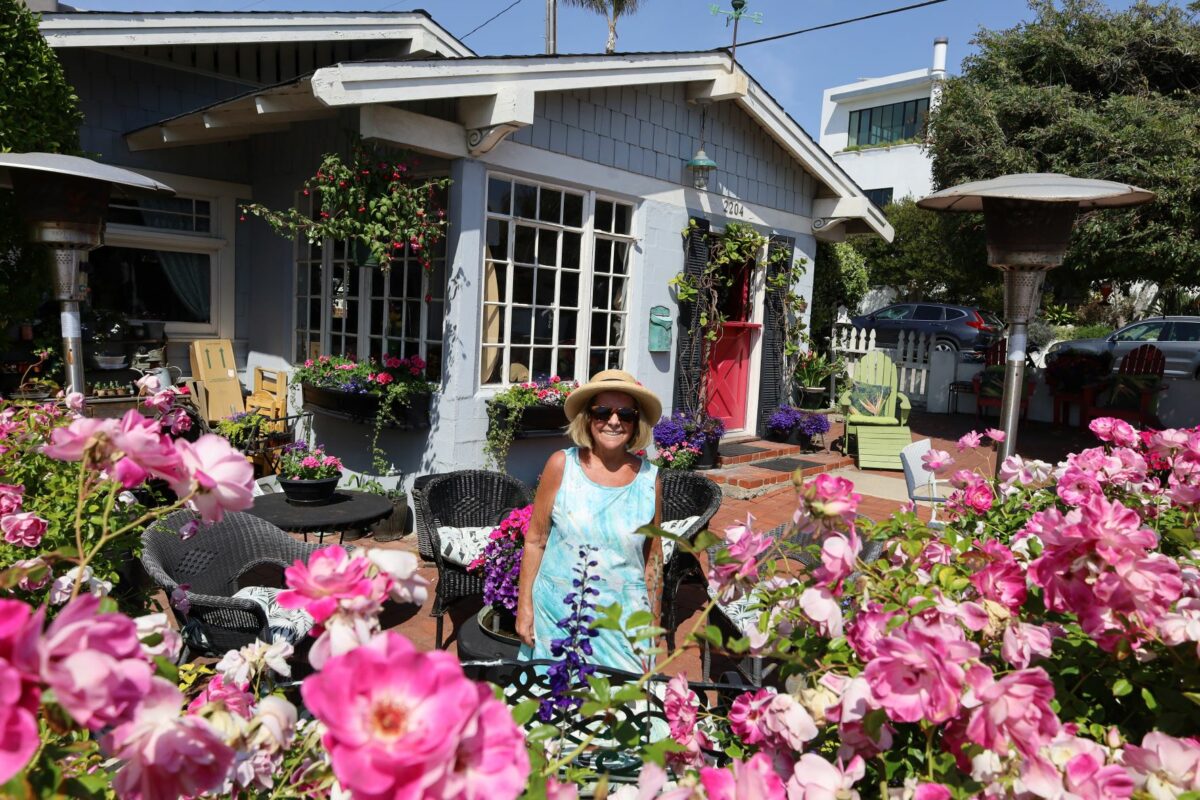 Hermosa Beach resident Marsha Majka is seeking to have her 1913 beach bungalow designated a historic home. If approved, the home would be the city’s first residential historic landmark. (Photos by Kevin Cody). 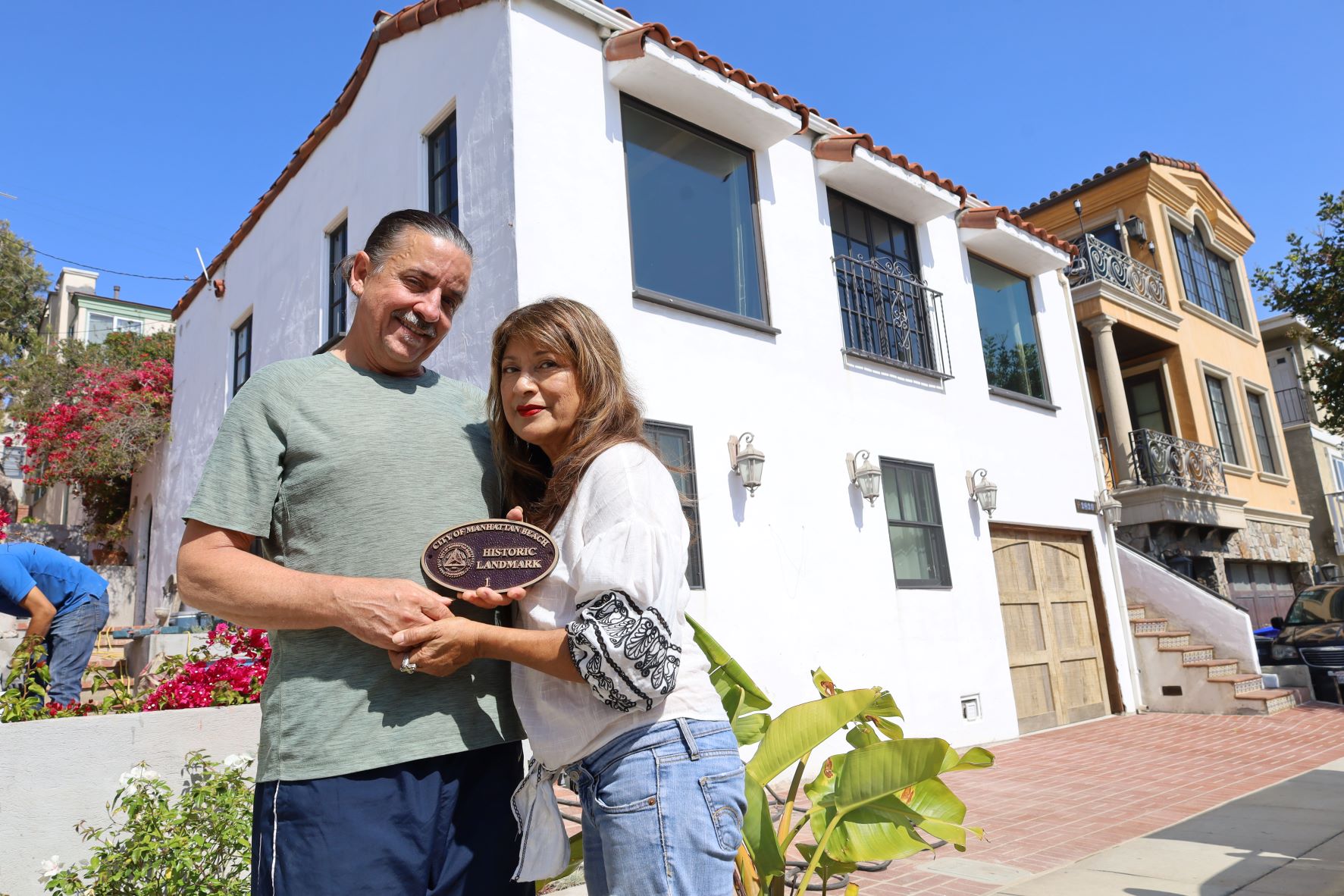 When 50-year Hermosa Beach resident Marsha Majka submitted an application to City Hall to designate her 1913 beach bungalow a historic site, she assumed the service was free.

Along with the application, which she downloaded from the city website, she submitted the home’s 1913 building permit provided by the city, and the original architectural renderings. She also included a page from “Castles in the Sand,” a 1977 book by unofficial city historian Pat Gazin. The book described Majka’s quaint, three-bedroom cottage with wood floors at the corner of Monterey Boulevard and Park Avenue.

“This shingled beach bungalow retains youthful charm and color. It was built in 1913 by owner builder S.S. Kidder at a coast of $1,000,” Gazin wrote.

After Majka dropped off her application to City Hall, a city employee caught up with her in the parking lot and told her she had neglected to pay the nonrefundable application fee.

“There was nothing on the website about a $4,416 fee. I think it’s excessive,” said the retired resident, who lives on a fixed income.

If approved, Majka’s application would qualify her home for Mills Act designation. The Mills Act was enacted by the State Legislature in 1972 to encourage cities and property owners to preserve historically significant buildings. In exchange for preserving their homes, the property owners receive property tax reductions.

Majka said she is not looking to reduce her property taxes which are already low. She bought her home in 1979, one year after the passage of Prop. 13, which limits property tax increases.

“I’m doing it because I love Hermosa,” she said. “I want to preserve our history.” 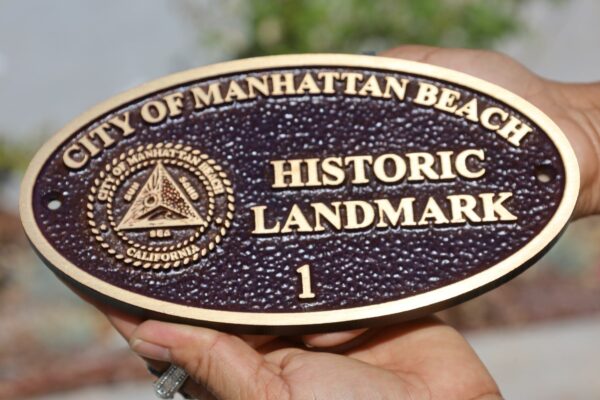 The Mills Act historical designation plaque issued by Manhattan Beach to Annette Mejia Pickens’s and husband Chris’s 1933 Spanish style home on Highland Avenue. The one signifies it is the first (and to date only) Manhattan Beach home to receive the designation.

“Protecting the integrity of historic resources in Hermosa Beach is one way that Hermosa Beach can distinguish itself from ‘everywhere USA,’” the ordinance states. Since the ordinance’s adoption, Mills Act designation has been awarded to the Bijou Theater, Bank of America, and the Community Center. Majka’s home would be the first residence to receive historic landmark status.

On Tuesday, 40 of her neighbors submitted a petition to City Hall requesting the city waive the application fee and “expeditiously approve” the historic status for her home.

“Such a financial disincentive for selfless acts such as this runs directly counter to the policy of encouraging much needed preservation in the City, particularly for an offer of historic value that is so easy to verify,” the petition said. 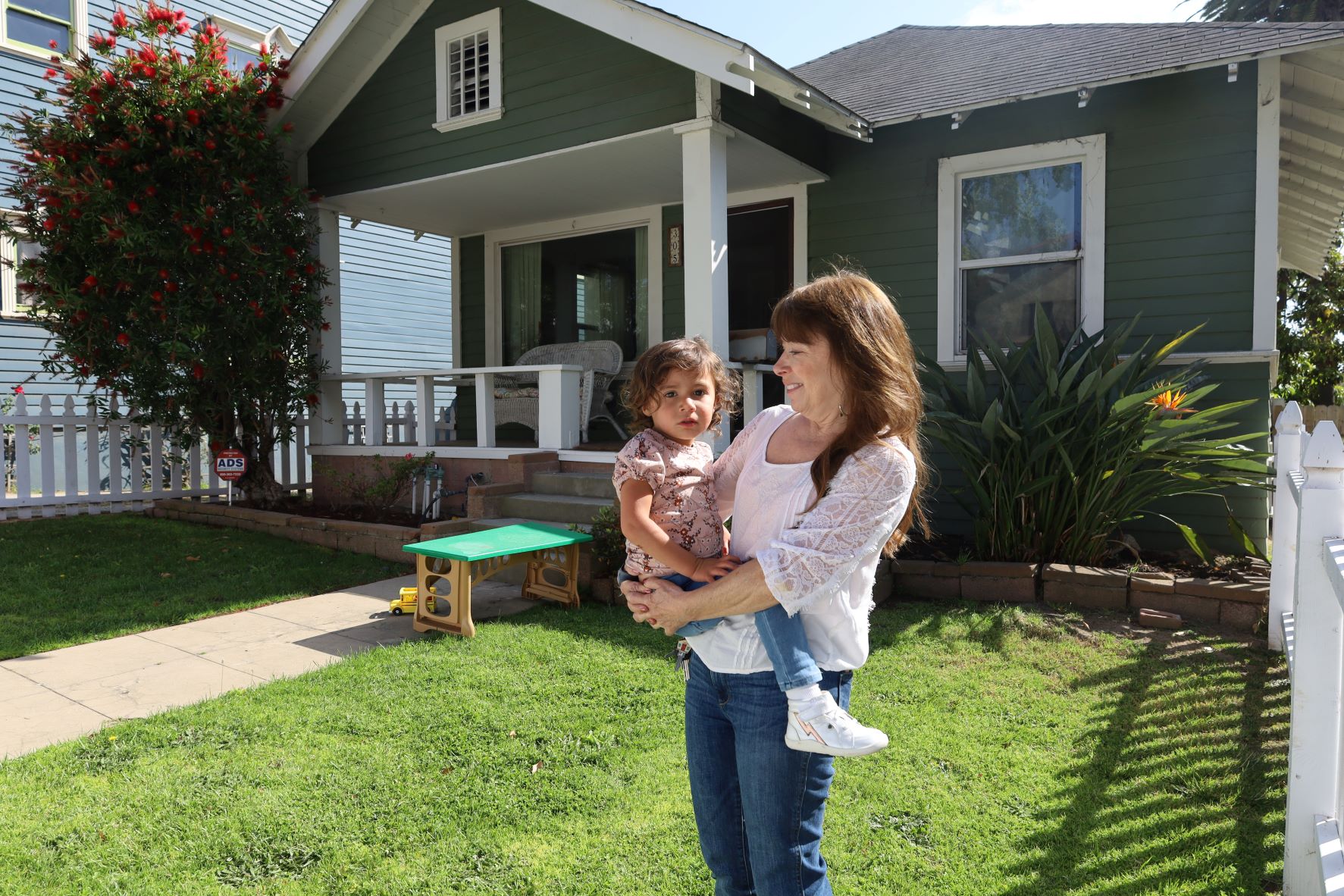 Kim Kenyon and daughter Ava, 2, at their 1908 bungalow in the Redondo Beach Francisca Historical District. The home received historical designation from the City of Redondo Beach 12 years ago.

Efforts by Easy Reader to discuss the fees with city officials were unsuccessful.

City spokesperson Ryan Walker said in an April 25 text that members of city staff “are not comfortable being interviewed on this subject given the research and prior knowledge required to answer questions accurately and in a timely fashion.”

The city of Redondo Beach does not charge residents a fee to have their home designated a historic landmark or for the Mills Act contract after designation.

Manhattan Beach resident Annette Mejia Pickens hired a historic resource consultant to dig up  details on her 1933 Spanish colonial home on Highland Avenue which she submitted for historic status in 2018.

“She basically did all the research,” Mejia Pickens said.

When the Manhattan resident submitted her application to the city there was no fee.

“They didn’t charge me at all, maybe because I was the first one,” she said.

Mejia Pickens said the new fees are “outrageous” and do not incentivize residents to save their historic homes.

“We could have made so much more money if we leveled the home,” Mejia Pickens said. “We love the charm and character of the home.”

“It is commendable that someone is willing to undertake the difficult and expensive task of declaring their home a historic landmark, and I do hope this option becomes more accessible for homeowners to explore and consider in the future,” Erickson said.

Majka said she has withdrawn her application for historic home designation because she can’t afford the fees.

“It doesn’t encourage people to preserve the history of our town,” she said. “It discourages them.” ER 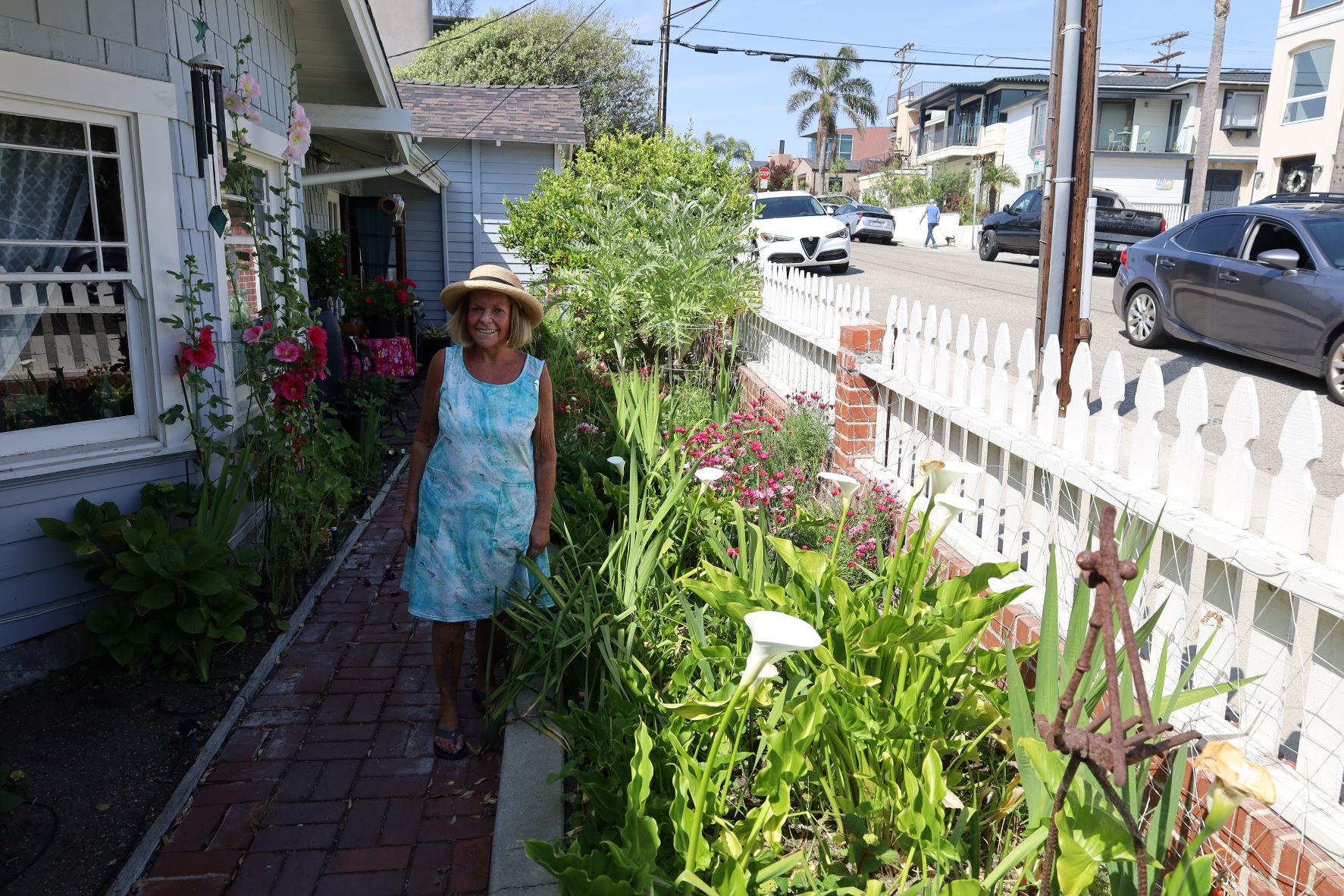 Majka in the garden of her Hermosa home, a favorite gathering place for neighbors.