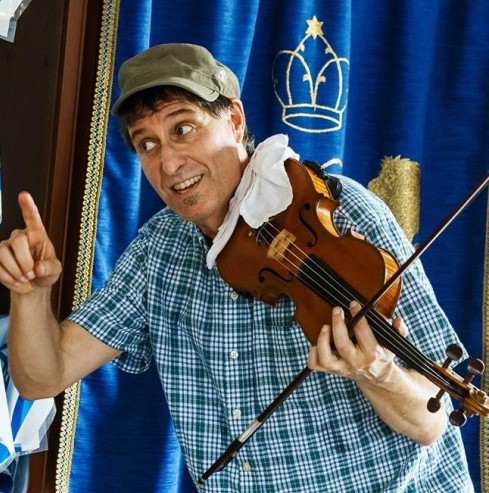 An evening celebrating Ukrainian culture, featuring music by the Klezmer supergroup Yale Strom and Hot Pstromi, is being hosted by Manhattan Beach author Richard Foss at Collage: A Place for Art and Culture in San Pedro. The concert is Wed. April 27 at 7:30 p.m.

“Russian nationalists have denied that there is a distinct Ukrainian culture, but all Ukrainians know differently. During the preceding week, starting Friday April 15, we will showcase their cultural traditions, from the cradle of Slavic civilization,” Foss said. “We have both fine art and folk art, plus antique embroideries that a refugee brought from Kiev in a suitcase.”

Programs include Ukrainian Easter egg painting, a culinary demonstration, and both Ukrainian folk music and Klezmer.  Klezmer music reflects the influences of Jews, Roma, Rusyns, Turks, Lemko, Poles, Romanians, Slovaks, Russians, Hungarians, and Swabians who live in or near Ukraine.

Yale Strom and fellow band members Elizabeth Schwartz and Fred Benedetti have performed klezmer and Romani music all over the world.

Strom began conducting ethnographic research in Eastern Europe (including Ukraine) when it was rare for Americans to venture behind the Iron Curtain. He learned songs that had never been written down from Jewish and Romani musicians. Strom produced the documentary “The Last Klezmer.”

Schwartz has done music research among Jews and Roma in Romania and has performed at Carnegie Hall. She is a recording artist with ARC-UK, and is considered one of the best interpreters of Yiddish songs in the world today.

Fred Benedetti studied guitar with Andres Segovia and the Romeros and is considered one of the world’ best classical guitarists.

Tickets for that concert are $15 to $25 and are available at Eventbrite.com. Other events during the Ukrainian culture exhibit are listed at collageartculture.com.

Collage: A Place for Art and Culture is at 732 S. Pacific Ave., San Pedro. ER