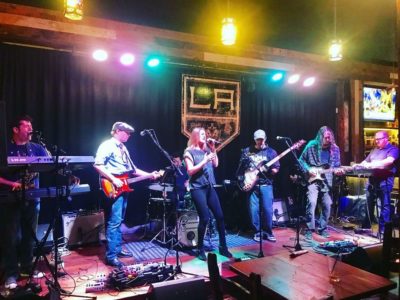 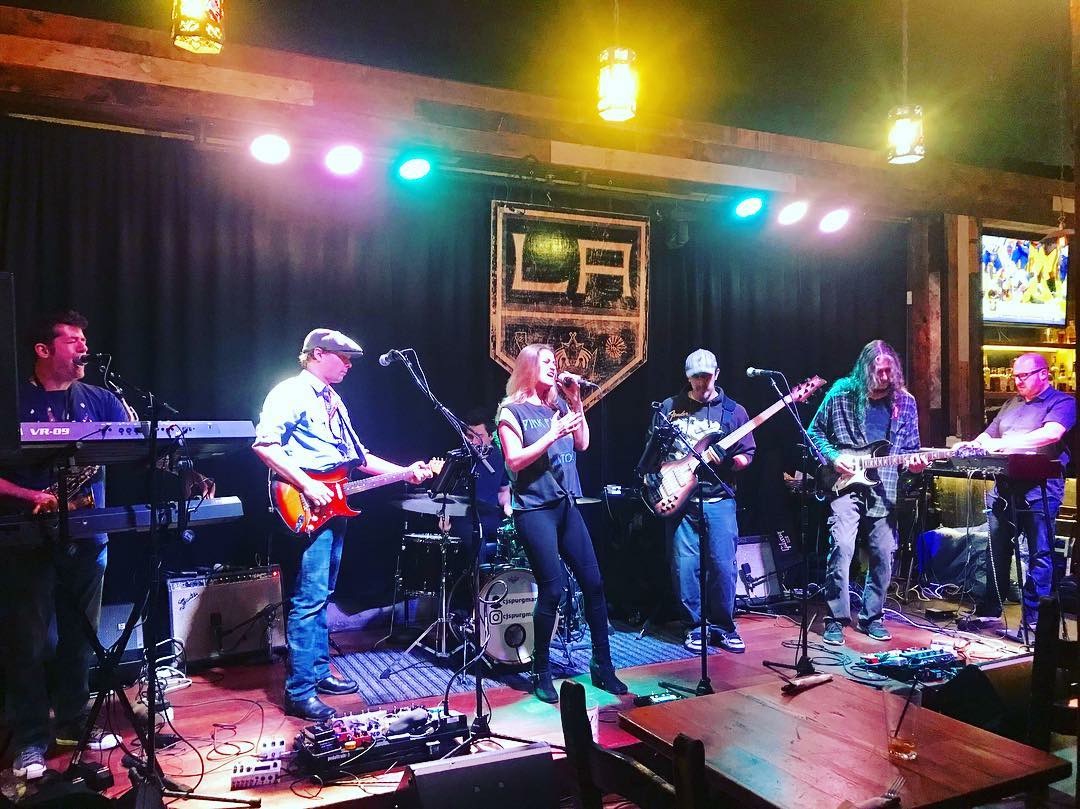 Every Thursday, Barclay Roach plays a variety of music that is as head-spinning as it is head-bobbing. From punk to jazz, the South Bay Jam has evolved over the past year to incorporate a rotating crew of dozens of musicians and hundreds of songs.

The week-to-week change can make the evenings exciting for musician and those in the audience. The risk, though, is rootlessness, with contributors uncertain exactly what they are signing up for. That concern vanishes though, Roach said, when he sees musicians meeting for the first time, and using the jam as a springboard to other opportunities.

“That’s when you can stand back and say, ‘Whoa: we have created something,’” Roach said.

The South Bay Jam unfolds at the Standing Room on Thursday evenings. Roach, a Hermosa Beach native, and local musician has set up a website in which musicians can submit requests for songs to perform at the live event. Roach typically cuts off requests by Sunday evening, then starts filling in the pieces, assembling Thursday night’s lineup like a puzzle.

Roach works with a base group of half a dozen other local musicians who usually start the night off. The remainder — the sequence of songs, the lineup of musicians, and the direction the sound will head — evolves with the night.

“It’s somewhere in between an open mic and a completely scripted gig. It’s a nice little grey area where no one knows exactly what’s going to happen,” said Dave Maciel, who regularly plays on Thursdays.

South Bay Jam came together at the close of 2016. It was an opportunity, Roach said, for musicians to “stretch out, and put themselves in situations they normally wouldn’t.” The South Bay has a plethora of talented players, he said, but venues’ desire for known quantities can occasionally limit their creativity.

The “jam” format is a solution to the problem. Roach said he was inspired by past jams organized by local musician Steve “Shag” Aguilar.

Aguilar, who also often plays with Roach, said that jams are a good match for the South Bay, where the musician community is tighter-knit than one will find in, say, Hollywood. He said he has watched Roach grow in his role of bandleader.

“Everyone is eager to take his direction and let him drive the bus. He’s bearing the torch right now, and I’m very thankful for that,” Aguilar said.

Taking charge involves becoming something of a local talent scout. In order to maintain the level of musicianship, Roach typically does not accept Thursday walk-ins. (You can’t hide a bad drummer, and you can’t hide a bad singer,” he cracked.) He has to balance the jam’s feeling of inclusivity with high-performance expectations, something he compared to walking a tightrope.

Aguilar said that Roach is constantly attending shows of other musicians in the area, searching for new people who might work well. Interested musicians can submit videos of their performances on the South Bay Jam website.

This week’s jam on Feb. 8 is Roach’s birthday show. As many as 40 musicians are expected to descend on the Standing Room. He’s been laying out songs for the special night, with a roster of artists from Black Sabbath to Dave Brubeck. But, as always, not even Roach is sure how it will all go down.

“The most fun you can have on stage is when you are the most vulnerable,” Maciel said. “The audience can smell out a fake pretty easily. When you’re up there and you don’t know what’s going to happen, with no safety net, you’ve got no choice but to be vulnerable.”

South Bay Jam takes places Thursdays at 9:30 p.m. at the Standing Room. Interested musicians can sign up at southbayjam.com.