Webb telescope has it ‘made in the shade’ 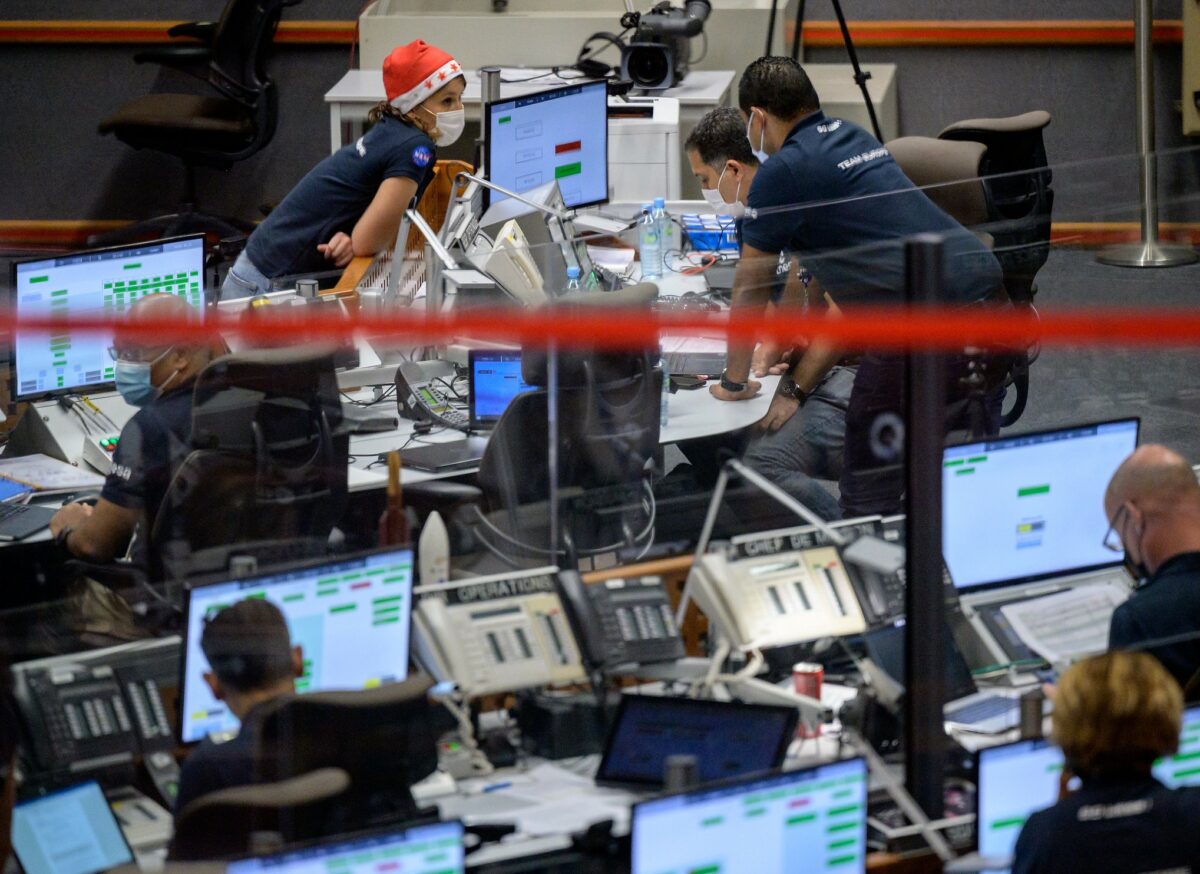 After 19 years of design and construction at Northrop Grumman in Redondo Beach, the Webb Space Telescope sunshields unfolded in space, just as intended.

At a NASA press briefing that day, Vince Heeg, Northrop Grumman Deputy Program Manager, listened to questions about how difficult this really was, since it went so smoothly.

“Everybody’s asking, was it really that complicated? Are you kidding me?” Heeg said at his turn at the microphone. “But it is a tribute to the technicians and engineers who last touched the satellite at (Redondo Beach). They made sure everything they did was perfect. And that’s why we just had the best deployment of the sunshield in the four times that we’ve done it.”

In three tests at Space Park on Aviation Boulevard, starting in 2017, it took 45 days to re-fold and stow the sunshields. In space, they did it with no need to ever re-fold.

“We had issues on each test that we had to work on,” said Jeff Cheezum, Northrop Grumman Responsible Design Engineer, Vehicle Engineering. “We had to come up with answers to be able to solve these issues so they wouldn’t happen again, especially on orbit. We tested the heck out of it.”

The $10 billion Webb project began in 2002, culminating in a Christmas Day launch three weeks ago from French Guiana.

“All the handwringing and sleepless nights on the ground led to a wonderful 16 days,” said Scott Willoughby, Northrop Grumman Webb Program Manager, on the day of completion. 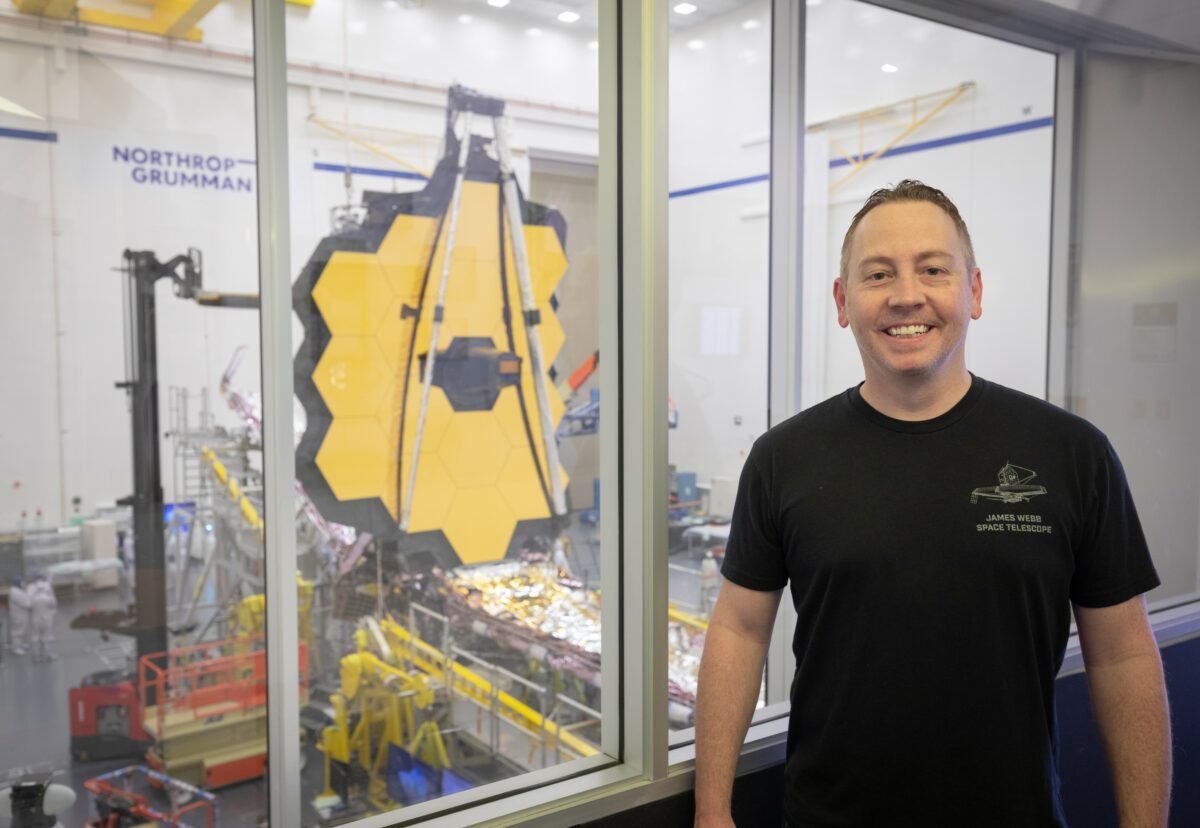 During the telescope’s ascent – first packed inside the cone of a rocket then detached in space to fly on by itself – work continued in Redondo Beach.

In Clean Room M-8 at Northrop Grumman, a team of 15 vehicle engine support engineers and 10 technicians mimicked each step of deployment in real-time on a Webb model, built as a template from 2009-14.

If a sunshield layer snagged in space at mid-boom, for example, the team could go up on lifts and look over the template’s membrane at suspected locations.

If a sensor on the Webb showed a certain spot was too warm, it could mean that a small opening was blocked, Where the blockage was might be determined using the Clean Room model.

Deployment of the sunshield’s layers – here and in space – continued for nine days. The team on the ground worked 12-hour shifts, from 5 a.m. to 8 p.m.. On New Year’s weekend, the process paused, not because of the holiday, but because motors on the Webb’s sunshield membrane tensioning system were reading too hot. NASA decided to wait, to hold off until the motors cooled down.

To do this, they angled the spacecraft away from the sun.

On the ninth day, NASA knew it all had worked. The shields’ 70-foot wide Kapton sheets 1/1000-inch thick were fully in place.

“I don’t think I’ve ever had a bigger weight lifted off my shoulders. Ever,” Cheezum said.

He has worked on the project for 14 years, his entire time at Northrop Grumman.

“The most exciting part was following along, knowing that all the flight hardware we worked on for so long was working,” Cheezum said. “To know this was happening 500 kilometers (into space).”

As for what will happen now to the template, it has yet to be decided. First, it will remain in the Clean Room for six months for public view.

“I hope a museum will take it. The model was instrumental in learning how to fold, and to stow the sunshield. It belongs to NASA,” Cheezum said. “People can come see it here. But at some point we’re gonna need that Clean Room back.”

Because Webb had no cameras, the deployment process was tracked through instrument readings to NASA’s Goddard Space Flight Center in Greenbelt, Maryland.

An electrical test bed, and a mechanical test bed in Northrop Grumman are available to address software patches that may be needed.

“You don’t want to do something for the first time in a vehicle if you don’t have to,” Willoughby said.

In the end, after two decades and a glowing launch, the larger work is done.

“The fact that it looked easy is because we did all the right things leading up to it,” said Bill Ochs, NASA Webb telescope project manager. “There is obviously a huge feeling of relief. Just because we made it look easy doesn’t mean it was easy.” ER