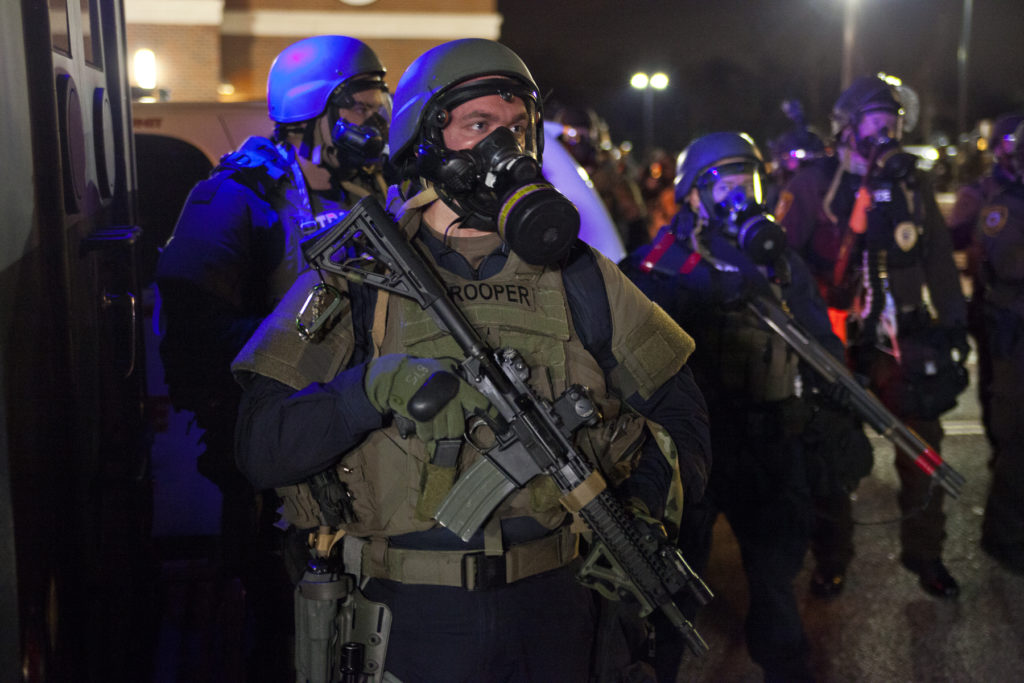 “Whose Streets?” is a heartfelt and emotional documentary inspired by the aftermath of Michael Brown’s death in Ferguson, Missouri. Written and directed by Sabaah Folayan and co-directed by Damon Davis, the film vividly expresses the anger felt by African American communities everywhere faced with this and too many other similar incidents that underscore the injustice faced daily by people of color. Would, however, that the filmmakers had been able to channel more of the anger into a cohesive and less chaotic film.

Michael Brown’s death was a catastrophic event for the country, revealing how stacked the deck is when racism, both overt and subtle forms, rears its head, whether it is a police officer claiming deathly fear of an unarmed suspect or a citizen in a “stand your ground” state who kills and is exonerated (e.g., George Zimmerman). Folayan and Davis set out to show how Brown’s death stimulated a new activism in the residents of Ferguson, a community that over the last 40 years has gone from 99% white to 67% black but still has an overwhelmingly white political power structure and police force.

As anger over the event built, demonstrations, both peaceful and violent, increased to the point where the governor, Jay Nixon, called in the National Guard to restore order that, to a certain extent, exacerbated the situation.

Certainly the portrayal of the peaceful protests and their leaders is informative; however, the juxtaposition of these protests with the rioting serves to undermine the directors’ point of view when they do not give enough context for the resultant looting, something that rarely supports the rationale for protests.

From the standpoint of storytelling, it would have been helpful to have given a site-specific history of Ferguson to make it more representative of the frustrations of its citizens as stand-ins for African Americans throughout the country. Ferguson is a suburb in St. Louis County, a region that participated fully in Jim Crow laws up until the 1960s. It was in St. Louis that the Dred Scott decision was handed down in 1857, deeming an African American born of a slave, whether now free or not, could not be a citizen and therefore had no standing to sue in federal court. The directors use a quote from the decision as a chyron and introduction to one of the four parts into which the film is divided, but without context it floats away. 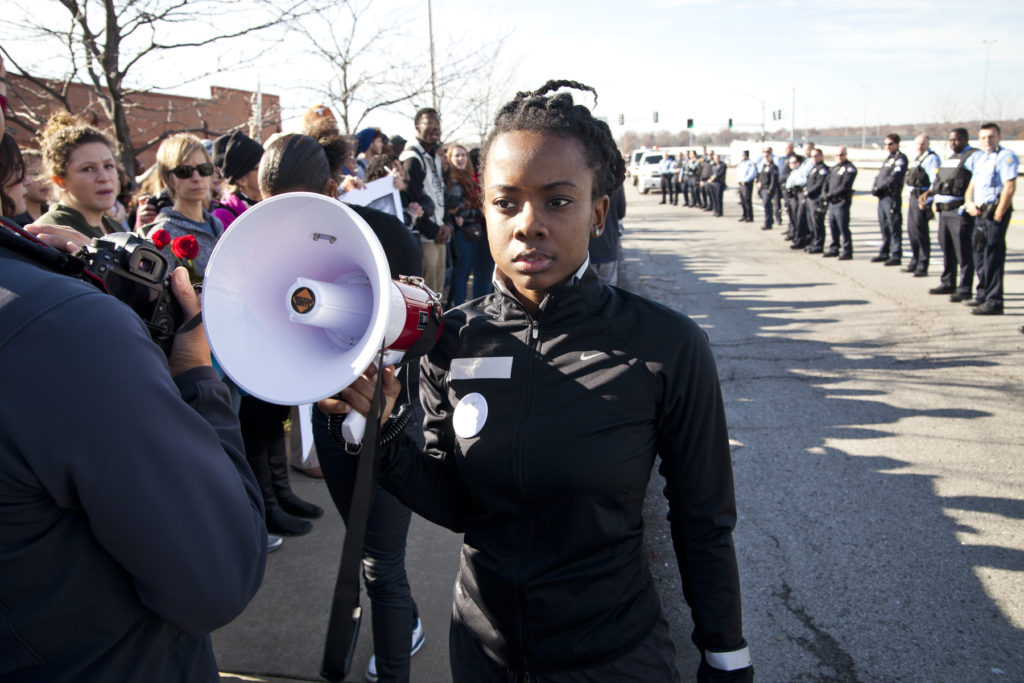 In one of the more interesting segments the film follows one of the leaders of the protest movement, a young single mother. Perhaps if they had used her as the focus of the documentary, revealing her struggles for a middle class life as she balances school, motherhood, and a relationship with the new woman in her life – all the while energized by the injustice she sees around her placing her in a leadership position at the protests – they’d have had a more focused and accomplished film.

Any one of a number of quotes from Ta-Nehisi Coates’ book, Between the World and Me about the dangers awaiting black males as they try to navigate a world that has been stacked against them would have offered the kind of insight missing from the film. Instead one is left with what seems to be 100 minutes of palpable and justifiable anger missing historical context and a central focus.  It may not be a fair comparison, but Ezra Edelman’s outstanding documentary, winner of more than a dozen major awards including the Oscar, built its case on why OJ Simpson was exonerated using the historical context of past injustices to the local African American community. Never has the aftermath of riots and police injustice ever been made clearer.

Folayan and David have chosen to forgo the teaching moments to focus on the visceral. There is value to “Whose Streets?” but it suffers from a single minded anger without enough background context. Because of that, any viewer will find it hard to watch and the audience who is not already on the side of the filmmakers will probably not move into their corner.