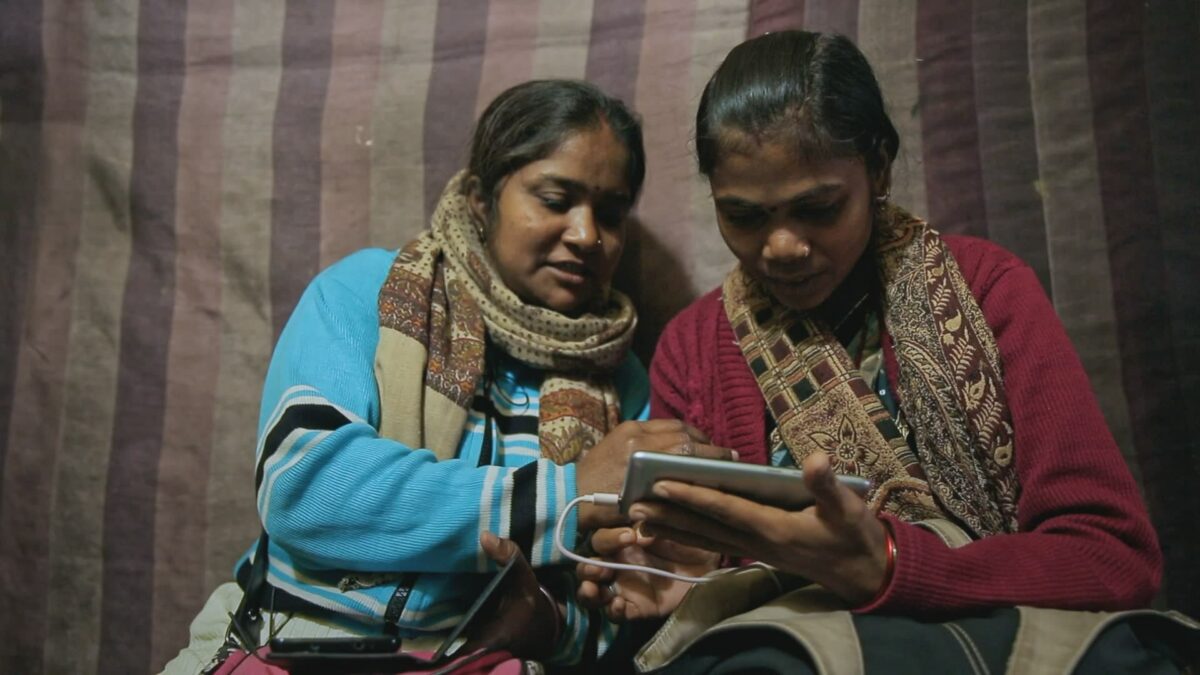 Meera and Shyamkali in "Writing with Fire." Photo courtesy of Music Box Films.

The world is a stratifying place and nowhere is that more true than in India with its immovable and immutable 3,000 year old Caste system. Enforced and legally codified by the British during their colonial rule in the 19th century, it divides the population into four groups. At the top are the Brahmans, followed by the Kshatriyas, considered the warrior  and ruler class. Next come the Vaisyas or skilled traders and merchants, and then the Sudras or unskilled workers. The bottom of this pyramid structure are the Untouchables or Dalits. Oftentimes, Dalits are not even accorded a presence on the pyramid. They are the other, accorded no rights and destined to remain at the bottom, regardless of accumulated wealth or education. And lower still are Dalit women.

And yet, out of the flames of this rigid class structure comes an incredible story of Dalit women who fight injustice and the rampant corruption of their district, Uttar Pradesh, India’s most populous state notorious for its violent oppression of women and minorities. Rintu Thomas and Suhmit Ghosh, husband and wife documentarians, have produced an enlightening and engaging film that follows the work of the reporters of Khabar Lahariya (KL), a newspaper founded and run by Dalit women. Thomas and Ghosh follow Meera, one of the founders and chief reporter, and her staff of semi-literate women as they cover stories ranging from the repeated and unpunished rape of a village Dalit woman, to the infrastructure failures of the local government to provide electricity and indoor toilets to Dalits when everyone else is provided such “luxuries,” to the rise of Hindu religious rule in the area, and country as a whole, that further enforces the prejudice against Dalits.

Filming over a period of five years, the directors document the transition of KL from a bi-monthly print newspaper reaching a few thousand homes to a digital media platform on KL’s YouTube channel that by 2021 attains more than 150 million views. In some ways, it was harder to help her staff of uneducated and nascent writers to learn how to manipulate the camera and recording applications of their iPhones than to challenge the subjects of their investigations.

Meera, married young, had a passion for education, eventually obtaining a master’s degree in political science. Education is valued even within Dalit society. It is working outside the home that is severely discouraged and Meera’s home is no exception. Her husband is heard several times complaining about her career, although it is probably Meera whose salary is fundamental. She is a natural leader and a fearless reporter, seen challenging police chiefs over their inaction in rape prosecutions and politicians over their refusal to bring basic services to the Dalits in their district. 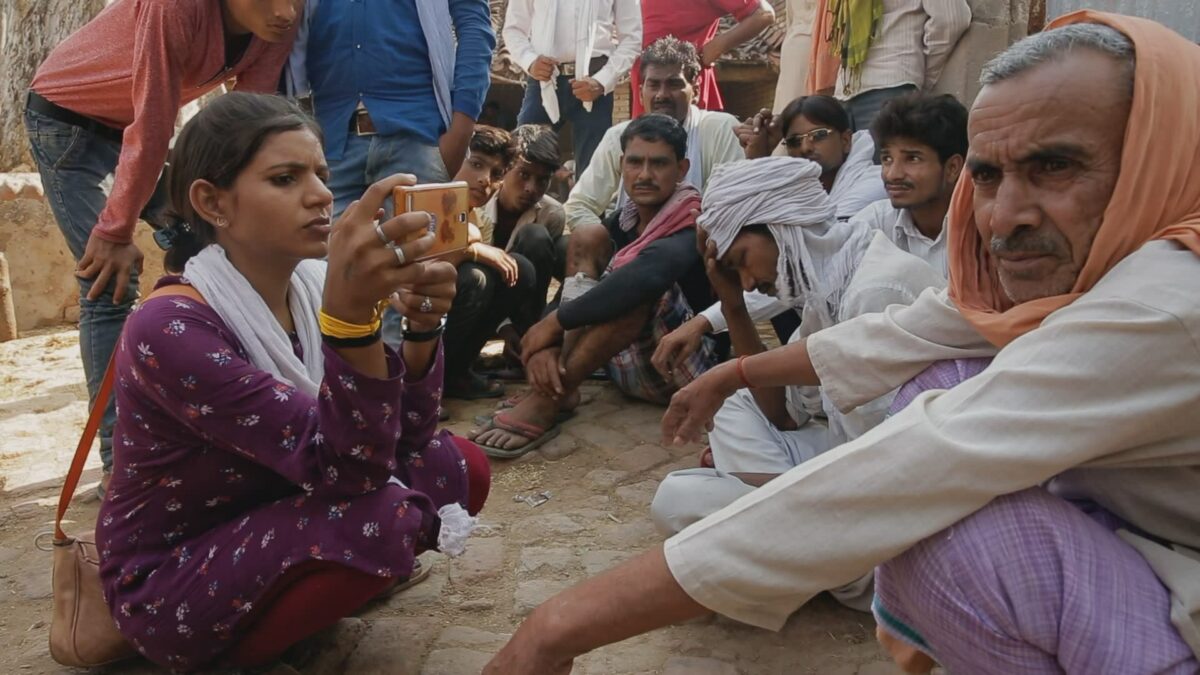 Suneeta, only twenty when the film began, started life as a child laborer in an illegal mine. She is well acquainted with the collusion of the so-called “mining Mafia” operating in dangerous and officially closed mines and the local politicians who protect them from prosecution. Warming to her work, she is tireless, aggressively following the abuses she, herself, had faced growing up. She follows Meera, her mentor, in pursuing this craft. Although pressured by family to marry and uphold the family honor, she is reluctant to do so because she values her freedom and does not want to quit working. Her career is definitely on the rise and her courage is inspirational.

Thomas and Ghosh follow the story chronologically, with background information provided by her subjects. This is very much about the brave women who work for KL and spread its reach exponentially. As dictated by the Caste system, these women will always be part of the lower depths of society but they fight on because their lives and those that they chronicle matter. Bravely confronting injustice and making this fight public online has yielded results, albeit reluctantly, from the politicians and police authorities they challenge. Meera, now the editor-in-chief, will continue to fight against injustice and the right to define her own, and that of her Dalit sisters, destiny. The world would be a better place for allowing these voices to be heard.

In Hindi with English subtitles.