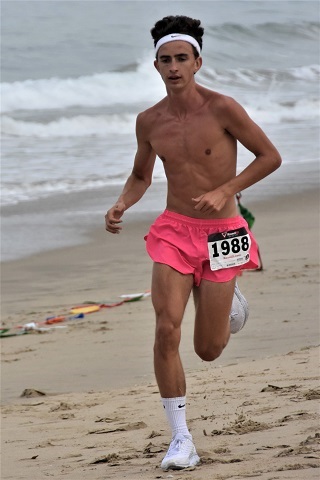 The race is conducted by the Mira Costa Track and Cross Country teams with proceeds from the run benefiting the programs.

The race is named after former Director of the Department of Beaches Dick Fitzgerald who helped start the International Surf Festival.

“I wasn’t running for a certain time but for the place,” Court said. “The beginning is tough. You need to go hard in the soft sand, which is the most difficult part of the race, the turn it on coming back.”

Mehra recently completed her college career at Stanford where she was a first-team All-American finishing fourth on the school’s all time list in the 1,500 meters with a top time of 4:11.97.

“Growing up in the area, I did Junior Lifeguards for about a decade but running in the soft sand is difficult,” Mehra said. “Your legs are a little jiggly and you need to recover fast for the return on the hard-packed sand. It’s been awhile since I’ve run on the sand but it was fun. This race was one of our summer staples when I was in high school.” 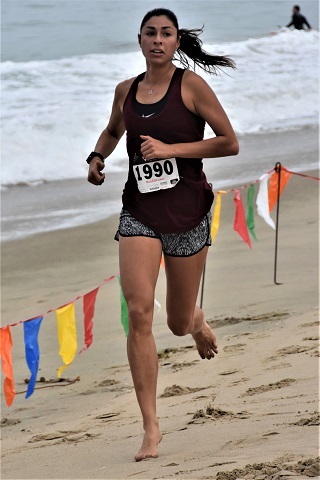 Mehra is one of the few high school runners in California history to compete in eight state meets — four in track and four in cross country. She was the CIf State Division III champion in cross country and placed second in the CIF State Track & Field 1,600 championships in 2012 (4:47.33).

Complete results are available at surffestival.org.