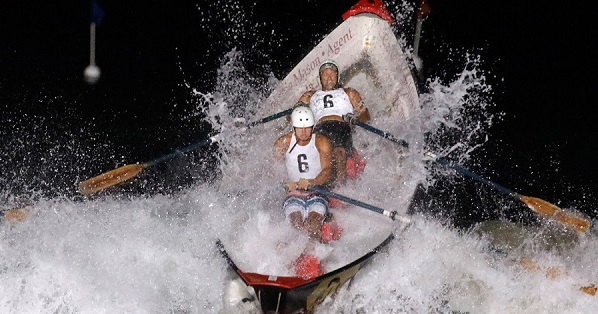 by Randy Angel This year’s Bud Stevenson Intracrew Medley saw a new winning team emerge when the lifeguards from Zuma Beach overtook Manhattan Beach’s “A” team to claim the title. Manhattan Beach has finished in the top three for five consecutive years with championships coming in 2014 and 2015. Venice placed third while 2017 champion […] 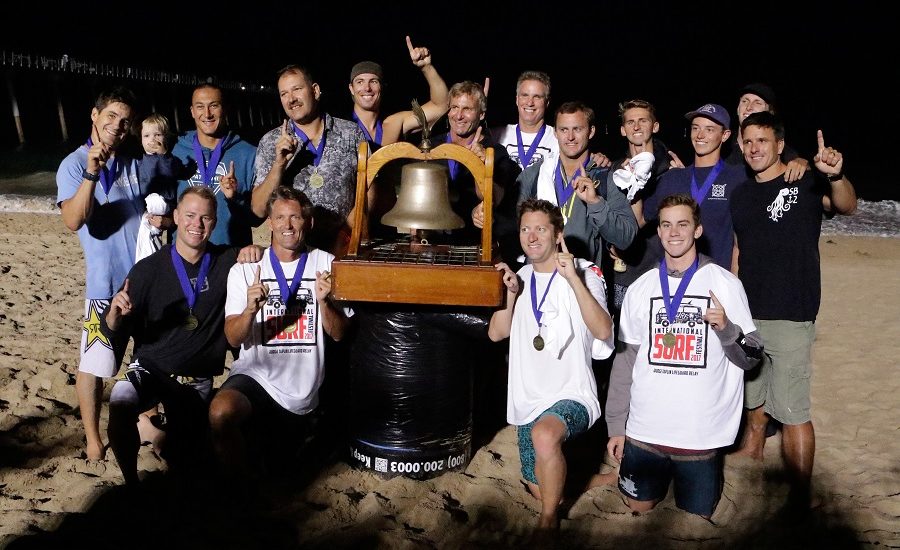 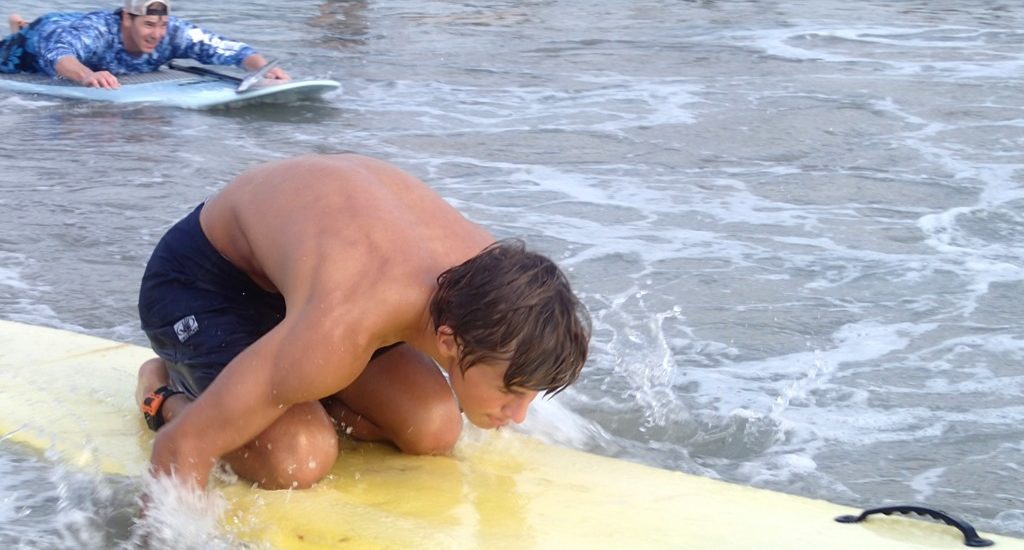 Nearly half of the 184 competitors in the International Surf Festival Velzy Stevens Paddleboard Championships raced with family members, sometimes on the same board. Paddlers competed on boards that ranged from soft tops to unlimited carbon fiber paddleboards.

Titans of Mavericks 2016 champion Nic Lamb, now living in Manhattan Beach, destroyed the small surf and the competition at the ISF Surfing Championships at the Manhattan Beach pier on Saturday, August 5. 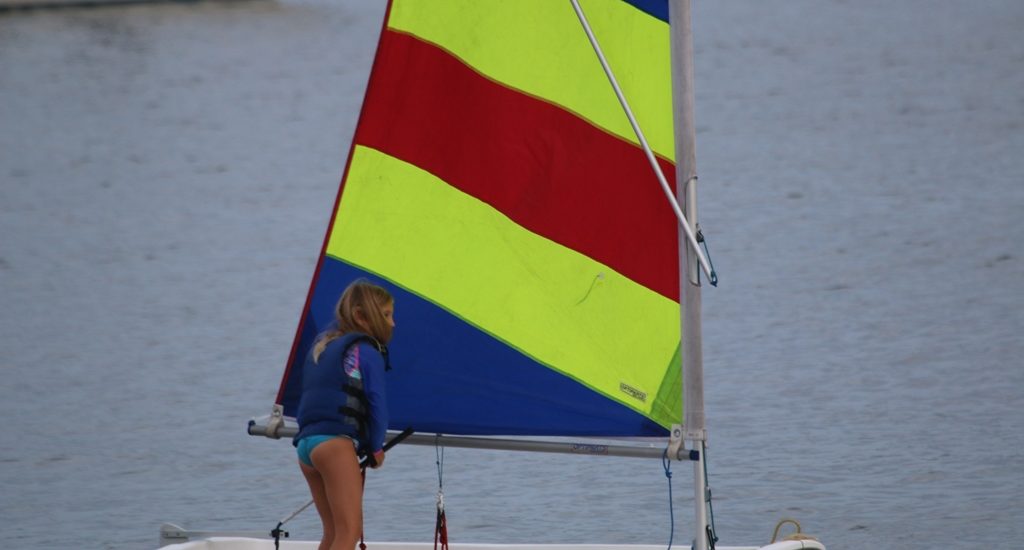 A youth sailing competition was held a week ago Wednesday, under the umbrella of the International Surf Festival for the first time in the history of the 57-year-old festival’s history. Over two dozen young sailors competed in single person Optimists dinghies and two-person FJs.

by Ryan McDonald As the night began, Los Angeles County Supervisor Janice Hahn looked out over the assembled crew of watermen, and told them that her experience working with county lifeguards had taught her a few things. Among them: “Baywatch” was not to be taken as gospel. “[Lifeguarding] is not as glamorous as some of […]

By Randy Angel In another showdown between rivals Ryan Bullock and Kevin Fink, Bullock won his second straight title of the Dwight Crum Pier-to-Pier Swim, with time to spare. Bullock, of Torrance, improved his 2016 winning time by two seconds, crossing the finish line at 41 minutes, 16 seconds beating fellow lifeguard Kevin Fink, of […] 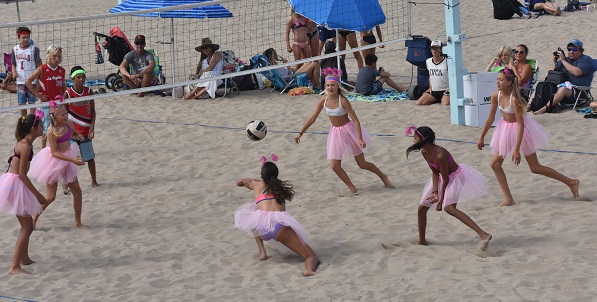 by Randy Angel The next generation of the long-running Saikley 6-Man beach volleyball tournament hit the sand courts in Manhattan Beach for the Junior version of the event on Sunday. Now in its third year, the Junior 6-Man featured 15, theme-oriented teams highlighted by the Flamingos, who captured the 12U coed championship, defeating the Super […] 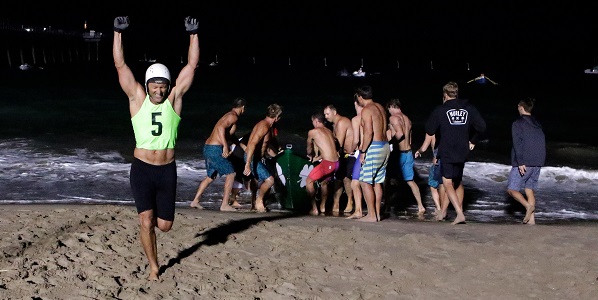 By Randy Angel Entering Saturday night’s competition for the Judge Irving Taplin Medley Relay at Hermosa Beach, dory boat rower Tom Seth was apprehensive about his LA County-Southern team’s chances of capturing its fourth straight championship. “We didn’t look as good on paper as in recent years, which really fired up the LA Central team,” […]

by Randy Angel Manhattan Beach will host the 56th International Surf Festival this year. Competitors of all ages and abilities will participate dozens of ocean and beach events. This year’s festival will be held Thursday, Aug. 3 through Monday, August 7. It kicks off with the Charlie Saikley 6-man beach volleyball tournament at 9 a.m. […] 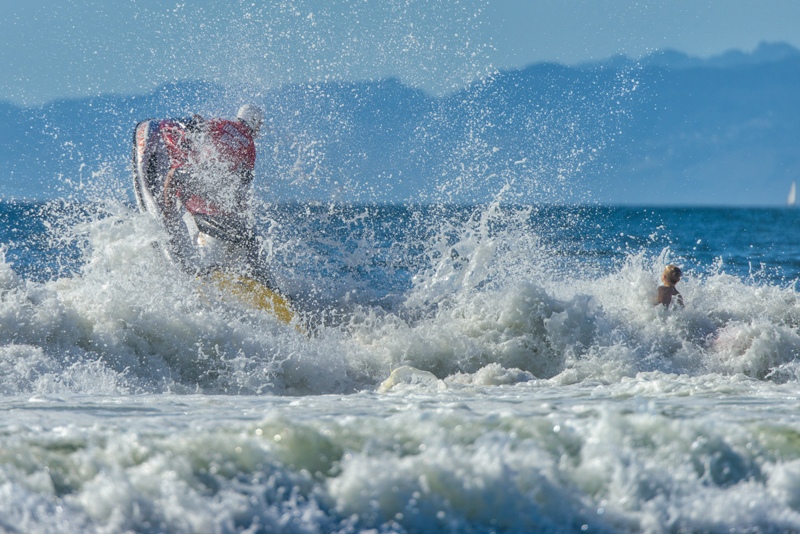 by Parnia Mazhar Jay Saikley still hand draws the pairings bracket for the Charlie Saikley Six-Man Volleyball Tournament. It’s a technique that most tournament directors no longer bother with, but one that Saikley prides himself on. And, for a tournament so steeped tradition, it seems to work just fine. “A lot of the people at […]