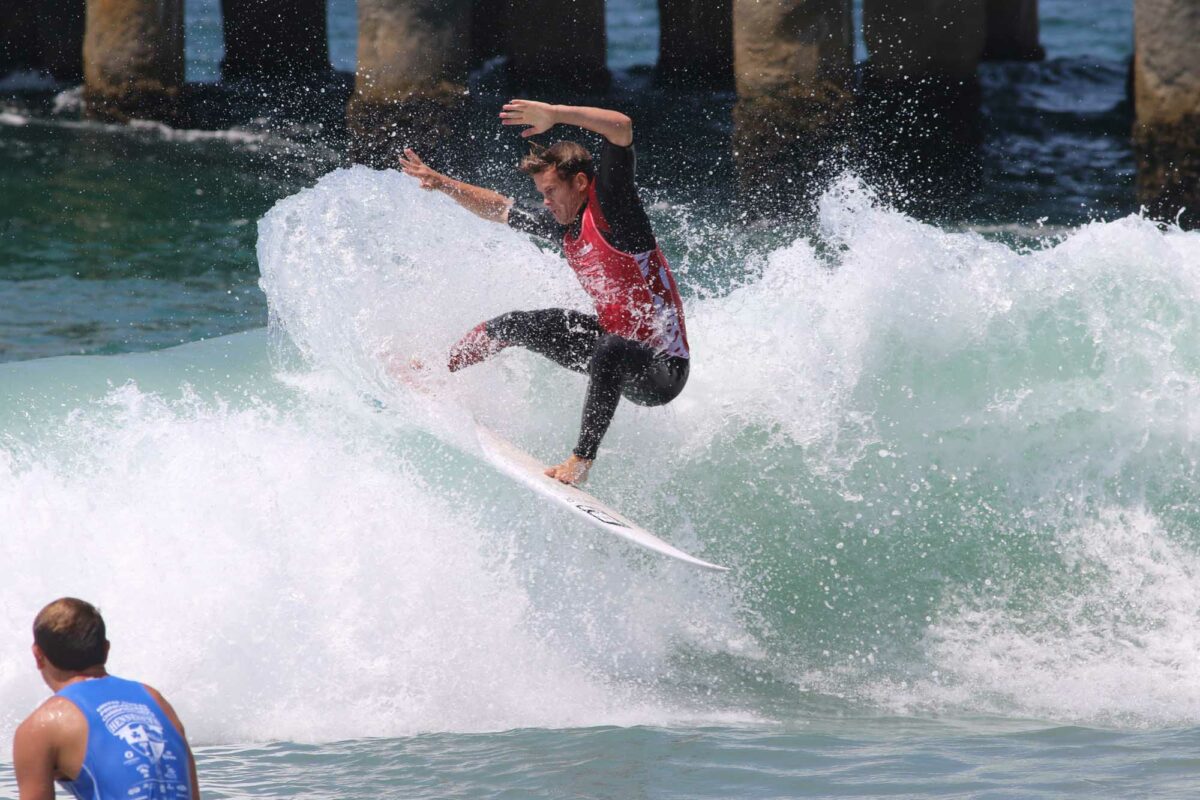 Titans of Mavericks 2016 champion Nic Lamb proved he’s able to do more than just drop into bone breaking bombs. The Santa Cruz native, now living in Manhattan Beach, destroyed the small surf and the competition at the ISF Surfing Championships at the Manhattan Beach pier on Saturday.

Mira Costa’s Megan Seth demonstrated she will be a force on the local surf scene and possibly beyond for years to come. Spyder Surf manager Tamera Lenz reached the finals in both the short and long board divisions, as did Emily Flavin who finished first in the longboard and was a finalist in the short board division.

Perennial long board winner David Schaefer dug deep into his bag of tricks with spinners, head stands, fin first take offs and long stints on the nose. But it was not enough.  Mike Schmitt took home the gold with strong combo surfing, from the tail and nose. Crowd favorite Steve Wilson placed third in the longboard division.

Wright Adaza and Troy and Beth Campbell of the South Bay Boardriders Club helped keep the contest running smoothly and on time. ER