by Sean McDonald Gloomy skies and onshore winds are never what wave riders hope for. But contestants at Saturday’s surfing and body surfing competitions made the most of it. The day began on the north side of the Manhattan Beach Pier before 7 a.m., and the dreary weather and early hour didn’t drive anyone away: […]

By Randy Angel Capping off a weekend of medal-winning performances, 32-year-old Torrance swimmer Ryan Bullock won his third International Surf Festival title in as many days on Sunday, edging out defending champion Kevin Fink to capture the Dwight Crum Pier-to-Pier Swim. After rounding the Manhattan Beach Pier, Bullock sprinted out of the surf to post […]

by Randy Angel Over next two weekends the Los Angeles County lifeguards will have the opportunity to show the public why and how they play such vital roles in beach communities. Starting at 7 p.m. on Friday and Saturday, lifeguards will showcase their athletic prowess in events held on the north side of the Hermosa […] 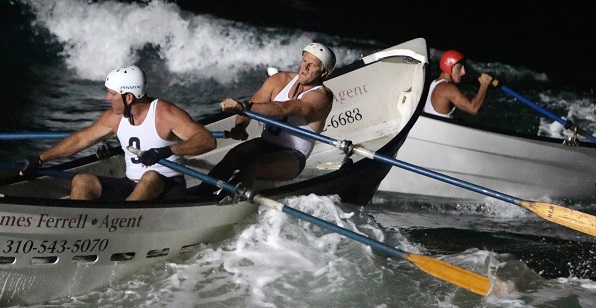 by Randy Angel Worldwide, the bond between lifeguards has created a special fraternity among its members, so it is commonplace for many siblings and offspring to continue a family’s legacy in the noble profession. That tradition is alive and well as evidenced at last weekend’s 54th annual International Surf Festival where many of the top […] 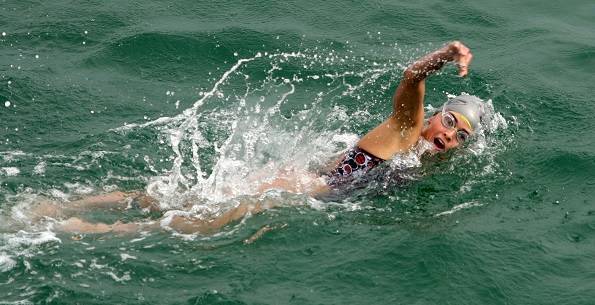 by Randy Angel Lifeguard Kevin Fink had a weekend he will not soon forget. The 19-year-old from San Pedro was all smiles Sunday morning after racing to the finish line on the north side of the Manhattan Beach Pier. He had just won his second championship in three years in the Dwight Crum Pier-to-Pier Swim, […] 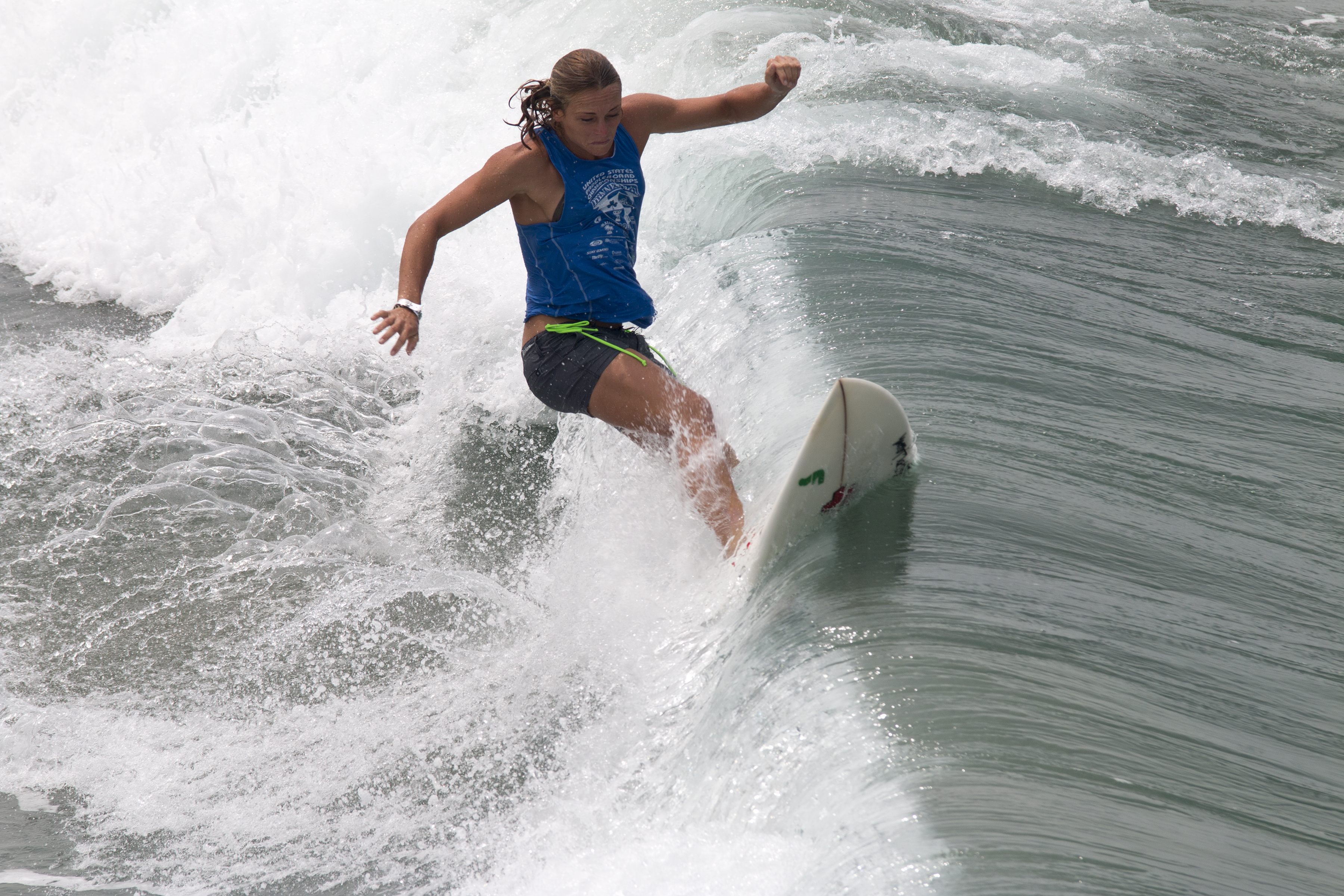 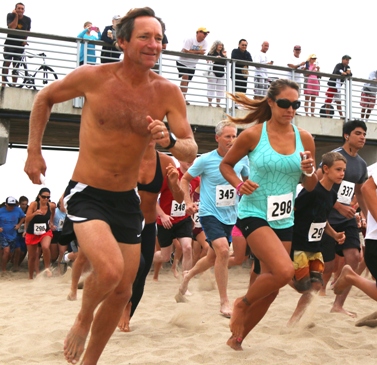 Bucking the trend of new champions at the International Surf Festival, Manhattan Beach’s Jeff Atkinson and his wife, Alison, repeated as winners of the Dick Fitzgerald Two-Mile Run that started and finished at the Hermosa Beach Pier Saturday morning. Fifty one-year-old Jeff’s time of 13 minutes, 17.57 seconds was slower than his 2013 winning time […]

Surf Festival has a changing of the guard 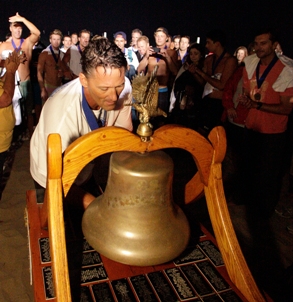 South Bay athletes triumphed at the 53rd annual International Surf Festival last week where new champions were crowned, many ending long reigns of their opponents. The highlight of the Surf Festival was two evenings of lifeguard competition at the Hermosa Beach Pier and local teams did not disappoint the home crowd. On Friday, Manhattan Beach […]

Thousands of spectators and athletes of all ages and skill levels will converge on the sands of local beaches this weekend for the 53rd Annual International Surf Festival water and sand competitions. In the 1950s, the cities of Redondo Beach, Hermosa Beach and Manhattan Beach hosted separate beach festivals. In 1962, the cities decided to […]

“Let’s not forget about the surfing, we had top surfers from mainland Mexico to Pismo Beach” Photos by Brad Jacobson  by John Joseph The festival committee, Scott Hubble Productions and LA County Lifeguards all had significant roles in making this the surfing event of the summer in the South Bay. Nine divisions, surfing two sites, […]

by Saima Fariz The annual Dick Fitzgerald Two-Mile Run was held on Saturday Aug. 3 as a part of the International Surf Festival at the Hermosa Beach Pier. The race started at 8 a.m. sharp for all divisions at the base of the Pier, which served as the start and finish line. All runners followed […]

The south side of Manhattan Beach pier was littered Sunday morning with colorful buckets, shovels and sand-covered families, who came out to take part in the 53rd annual Sand Castle Design Contest. Over a 100 people took part in this year’s contest, which started at 9 a.m. and ended at noon. David Ibarra, a senior […]