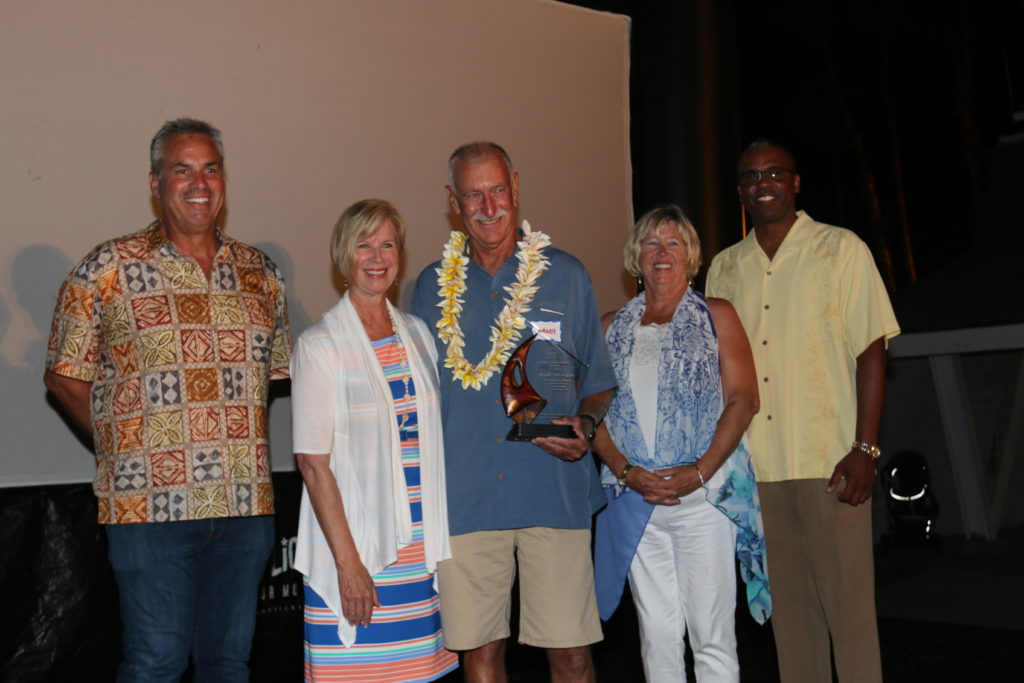 As the night began, Los Angeles County Supervisor Janice Hahn looked out over the assembled crew of watermen, and told them that her experience working with county lifeguards had taught her a few things. Among them: “Baywatch” was not to be taken as gospel.

“[Lifeguarding] is not as glamorous as some of our television shows and movies make it seem,” she said.

The rest of the evening at the 37th annual Lifeguard Medal of Valor Dinner provided ample evidence for Hahn’s observation. The dinner recognizes heroism and bravery in the line of duty by L.A. County Lifeguards, and serves as an unofficial kickoff to the International Surf Festival.

There were no shortage of rescues from which to choose. The Los Angeles County Lifeguards are the largest beach lifesaving organization in the world, with over 800 full-time and recurring lifeguards. Driven by an especially active summer of 2016, last year marked the busiest year on record for guards. An estimated 56 million visitors laid in the sand and splashed in the surf. They required a record number of rescues and emergency medical services calls, more than 30,000, according to the evening’s emcee Dick Douglass, a retired lifeguard. He recounted the stories of the dinner honorees.

Ocean Lifeguard John Newton received the Distinguished Service Award for pulling an unconscious man from the surf at Silver Strand Beach in Oxnard. Newton was on an outing with his family. After pulling the man from the water, Newton began CPR, leading to the victim’s full recovery.

Captain John Greger and Ocean Lifeguard Specialist Jeff Martinez also received the Distinguished Service Award. They helped save the life of an unconscious cyclist near Dockweiler Beach by performing CPR and using an Automated External Defibrillator to restore the victim’s pulse. The victim was taken to a local hospital, where he also made a full recovery.

Captain Chris Staffiled and Ocean Lifeguard Specialist Chris Maloney received the Medal of Valor for rescuing multiple victims amidst rocks and high surf on the south side of the Palos Verdes Peninsula. The area is surrounded by high cliffs and is in an unpatrolled part of the coast. Video footage from a local news station showed images of the sea that day washing over the rocks. All four victims nearly drowned, but three were able to walk away from the incident, with one sustaining a broken femur.

Rescue boat captains Rob Pelkey, Lance Dempsey and Matt Rhodes, and Ocean Lifeguard Specialist Brian Kari received the Medal of Valor for rescuing multiple victims who had been tossed from a power-boat that capsized and ran aground on the south side of Catalina Island during high surf. The boat had capsized near a particularly dangerous stretch of rock reef. Seven people were originally on board. Three of them were dead by the time the rescue operation reached them, but officials said all of them likely would have perished were it not for the efforts of the guards.

Randy DeGregori, a former Chief Lifeguard, received the LIfetime Achievement Award for his decades of service. He focused his speech on work that often had more to do with navigating county bureaucracy than racing through the sand. He recounted how, while working at the Avalon station, he realized that the boats would perform better with diesel engines. Some 20 years later, working in the lifeguard headquarters, he took county officials for a ride on a diesel boat from another agency; when they saw it leave the existing Baywatch boats in the dust, they decided to upgrade the entire fleet.

Los Angeles County Fire Chief Daryl Osby, whose agency absorbed the lifeguards from the Department of Beaches and Harbors more than 20 years ago, concluded his remarks by commenting on the balmy weather, and favorably comparing the abundance of Hawaiian shirts to the typical formal uniforms.

“I could get used to this,” Osby said.