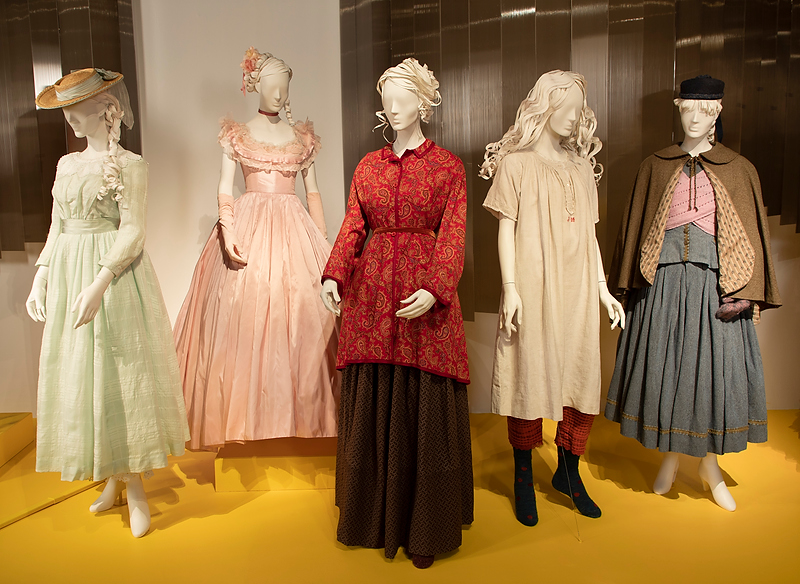 Well, we’re all back home from the Academy Awards, and already thinking about what’s in store for next year. But not so fast. You know that costume designer Jacqueline Durran won an Oscar for “Little Women,” but were you aware that you can see these outfits and more in the FIDM Museum at the Fashion Institute of Design & Merchandising?

The 28th annual “Art of Motion Picture Costume Design” exhibition features over 100 costumes from 30 films, including works by all five of the costume designers who were nominated for the Costume Designer Oscar–the others being Sandy Powell and Christopher Peterson for “The Irishman,” Mayes C. Rubeo for “Jojo Rabbit,” Mark Bridges for “Joker,” and Arianne Phillips for “Once Upon a Time… in Hollywood.”

That’s just a sampling. This is a fine exhibition not only for film buffs, but for those who realize the integral role (even if we’re registering most of them subconsciously) that costumes play in the movies we enter into and get lost in as the viewing audience. And if you simply want to wallow in fashion real or imaginary, to admire up close what you admired from ten rows back on the big screen, it’s here, in tangible 3D and technicolor. 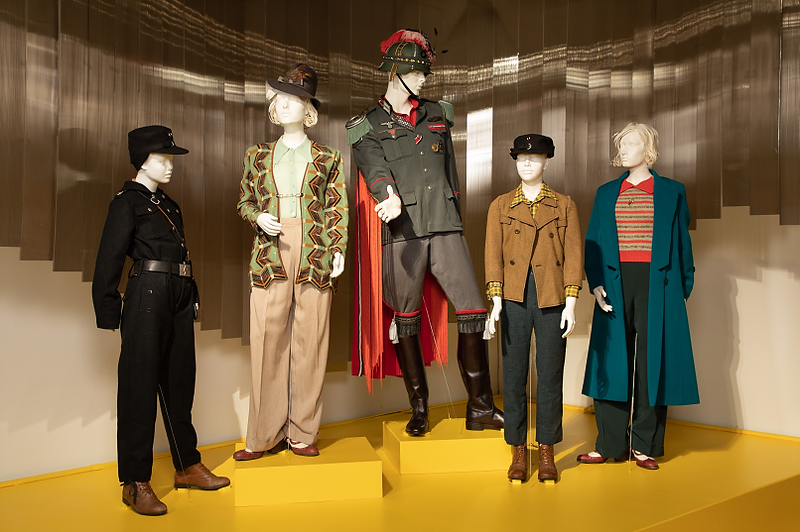 People around the world see the films that feature these outfits, but few of them will have the opportunity to ever see them in person. A morning or afternoon spent in their company may ensure that we’ll look twice at what everyone’s wearing the next time the lights dim and the feature begins. Seen all together, it’s a voyage through time and space and the imaginations of some very gifted human beings.

Art of Motion Picture Costume Design is on view through March 21 in the FIDM Museum and Galleries, On the Park, 1st level, located in the Fashion Institute of Design & Merchandising, 919 S. Grand Ave, Los Angeles (at the corner of Grand and 9th St). Hours, 10 a.m. to 5 p.m., Tuesday through Saturday. Free. Parking: under the college building (entrance on 9th) or in surrounding lots. (213) 623-5821, ext. 2224 or go to FIDMmuseum.org. ER