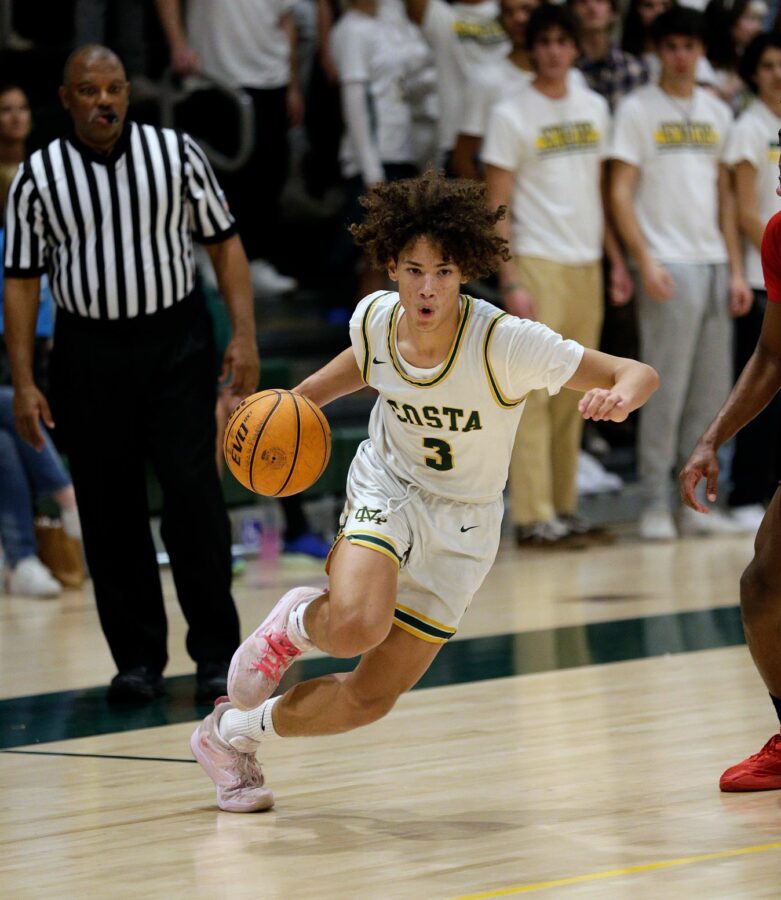 The Mira Costa boys basketball team took a huge step towards winning the Bay League title Friday night when it went on the road and crushed second place Culver City by a score of 65-48.

The Mustangs are now 21-1 overall and 6-0 in the league. They are on pace to post the best record in the program’s long history.

They have four league games left, all against teams they have already beaten once this year – Peninsula, Palos Verdes, Santa Monica and Redondo. If they win at least three of those four games, they will be assured of winning the Bay League. This would be the second league title won under Coach Neal Perlmutter in only his fifth season.

The Bay League championship the Mustangs won in the 2019-2020 season was a total shock to the local hoops community. It also vindicated Costa’s decision to hire Perlmutter away from West, where he had turned that team around from a doormat to a CIF champion in just three years.

The Mustang basketball program he took over before the 2018-2019 season had fallen on hard times, with dispirited players who lost every year to their archrival Redondo. Redondo won the league title eight straight years. Not only that, but Perlmutter was facing the prospect of coaching a homeless team for two years while the new, $38 million Fisher Athletic Complex was being built.

But he and his team persevered, playing their “home” games in places like the ancient El Segundo High School gym, and the too-small Manhattan Beach Middle School gym with temporary spectator stands erected on only one side of the floor.

Winning the league title this year and then advancing deep into the playoffs with a team stacked with talented players from three classes – sophomore, junior and senior — would represent the fulfillment of Perlmutter’s publicly stated intention five years ago of turning the Mustang program into an elite South Bay program that churns out championship contenders every year, much like Rolling Hills Prep is today and Redondo was not so long ago.

“I feel like we’ve reached that point,” he said without a hint of braggadocio. “I think we’ve built it into an elite program.”

Despite the lop-sided final score, Friday night’s win over Culver City did not come easily. It required significant contributions from his two high-flying super sophomores – Preston Ezewiro and Jacob De Armas – as well as four seniors – deadeye shooter Dylan Black, floor general Will Householter, interior dominator Trey Pearce and jack-of-all-trades Nick Lundy. All of them have been steadily improving during their four years in Perlmutter’s intensive training program.

Right from the opening jump ball Friday night, it was clear that Culver City had a quickness advantage, led by the Singleton brothers, Braylon and Myles, a pair of quicksilver guards with a knack for deflections and steals.

They used their speed advantage effectively by pressing the Mustangs up and down the court. The gritty Householter, the Mustang’s lead ball handler, withstood most of the pressure but not all of it as Culver City jumped out to an 18-13 first quarter lead.

Another advantage for the Centaurs: they are used to playing on their home court, which was built in 1951 with the baseline wall just two feet behind the basket. The court is really not suited for today’s modern up-and-down game. Hard-driving players on both teams were frequently smashed into the wall behind the backboard with no foul called.

Another advantage for the Centaurs, at least according to the home crowd and the PA announcer: the team is coached by Michael Cooper, the former LA Laker great who played on the Showtime championship teams of the 1980s while winning five NBA titles, and being named to the All-Defensive team eight times. He later coached the LA Sparks to a WNBA championship.

The home crowd treated the 6-foot-6 Cooper like a rock star, and even Perlmutter said it was an honor to coach against him.

“This was the third time I’ve coached against him,” he said. “I have a lot of respect for him. They’re lucky to have him.”

Lundy led the Mustangs come back from the early five-point deficit. First, he grabbed a rebound and put it back in to cut the lead to 18-15. Then he drove hard for a lay-up and when Pearce hit a 5-foot baseline push shot suddenly the Mustangs had their first lead of the game at 19-18.

Culver City made one more push when Braylen Singleton stole the ball and beat everyone downcourt for a flying layup that restored the Centaurs lead at 20-19.

That’s when the Mustangs showed why they are the class of the Bay League.

Black, the best outside shooter in the entire league, immediately drilled a top-of-the-key three for a 22-20 lead. Pearce followed that with a corner three to push the lead to 25-20 and in the process silenced the home crowd that had been cheering wildly all night.

Then the Mustangs really poured it on, going on a 14-3 run that pushed their halftime lead to

39-25 and effectively ended all suspense about the eventual winner.

The Mustang lead continued to grow in the second half, but it was three different plays that really stood out on the way to the final score.

Mid-way through the third quarter, Householter grabbed a defensive rebound, looked up-court and rifled a full-court pass that hit a streaking Lundy in stride for a no-dribble layup.

“Will just has a nose for the ball and a knack for making the right play,” Perlmutter said. “That’s what comes from playing together for four years.”

Mid-way through the fourth quarter, De Armas – the team’s best leaper, the guy usually on the receiving end of an alley-oop pass — this time switched it up and launched a lob pass to Ezewiro for a rim-rattling dunk that electrified the crowd.

“Jacob is a force of nature, and both of those guys are super-talented,” Perlmutter said. “If they keep working hard and improving, they could be D-1 or D-2 college players.”

Three minutes later, the two traded places on a similar play, with Ezewiro launching a lob pass that De Armas caught in mid-air and jammed through the hoop, again eliciting a huge roar from the crowd.

After the game, Perlmutter reflected on the fallout from his team’s rise. Right now, CIF has them on the so-called “watch list” for the super-tough Open Division of the playoffs, instead of the lower division they played in the last few years. Every team chosen for the Open Division is a top-notch team, usually from a bigger school, and that designation could lead to an early playoff loss for the Mustangs.

“It’s an honor to be on the Open Division watch list,” Perlmutter said, “but in the end I don’t think that’s where we will end up.”

Right now, he said, the team is not even thinking about which playoff division they will be in.

“We want to complete the mission by winning the Bay League title,” he said. “That’s our first goal. Then we’ll worry about the playoffs.”

Pearce led the Mustangs with 17 points and 10 boards, followed by Lundy and Ezewiro with 10  points, De Armas with 9, Householter with 8 and Black with 7.

Either Householter or Black, who are co-favorites to win Bay League Player of the Year, usually leads the team in scoring. But not on this night.

“That just shows how complete our offense is, how diversified it is,” Perlmutter said. “Any player can lead us in scoring on any given night. That’s because all they care about is winning.” 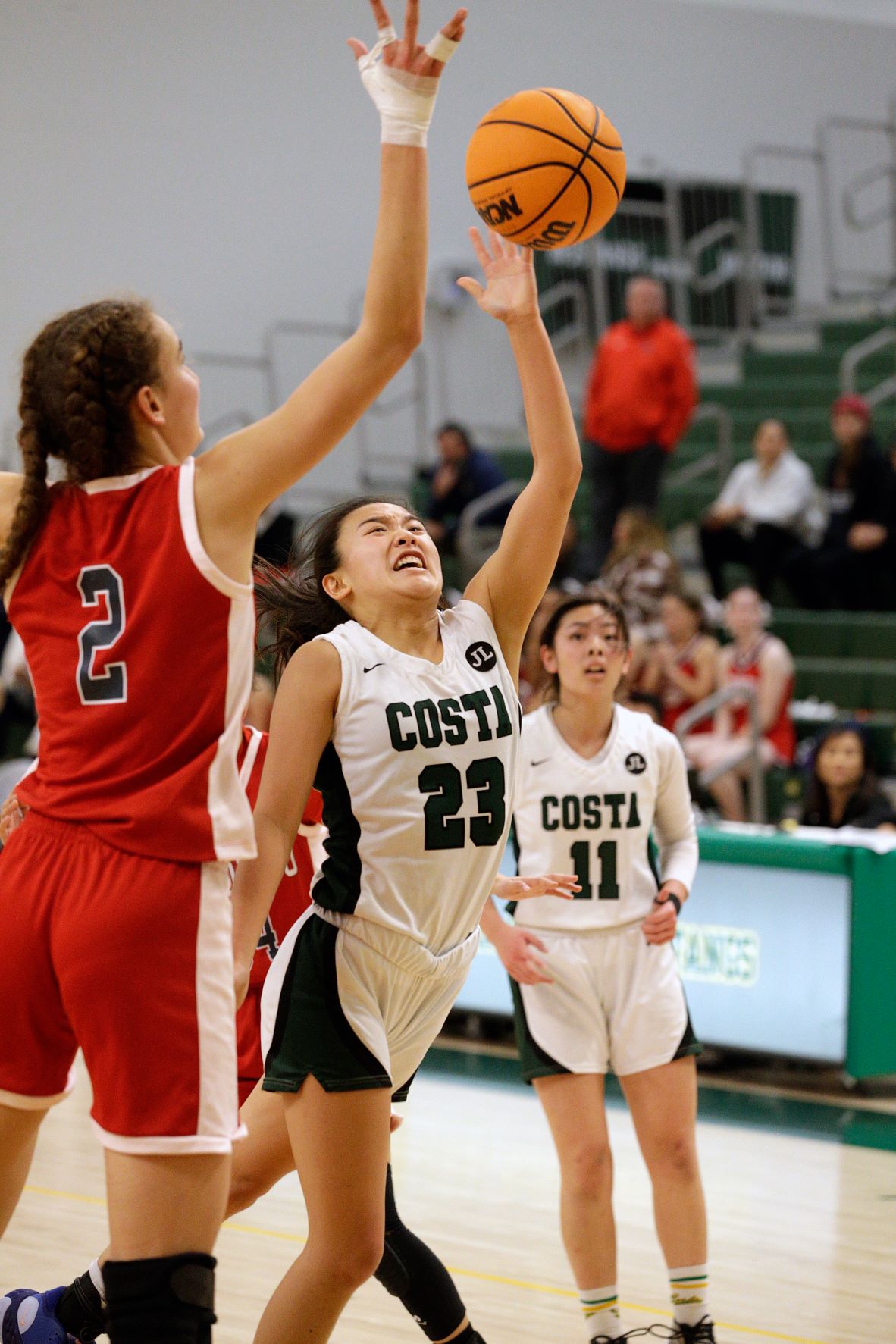 In the early game, the Mustang girls basketball team got revenge for an earlier loss to Culver City and posted a 69-55 victory.

“This was a really good win for us,” Girls Coach Jeff Herdman said. “We were down by five at halftime and scored 50 points in the second half to pull away.”

As usual, senior superstar Maile Nakaji led the team in scoring with 25 points. But the highlight of the game came in the second half, when the Mustang comeback was led by three freshmen: Kate Kenney, Adrianna Martinez and Kenia Bohman.

“They brought a ton of energy to the game and were fun to watch,” Herdman said. “And they powered our comeback.”

The win pushed their overall record to 15-7, although they are only 2-4 in the Bay League.

“But we’re definitely much better than we were early in the season,” Herdman said. “Except for our leader, Maile, we’re very young. So hopefully we’ll keep improving week by week and be ready for the playoffs.” 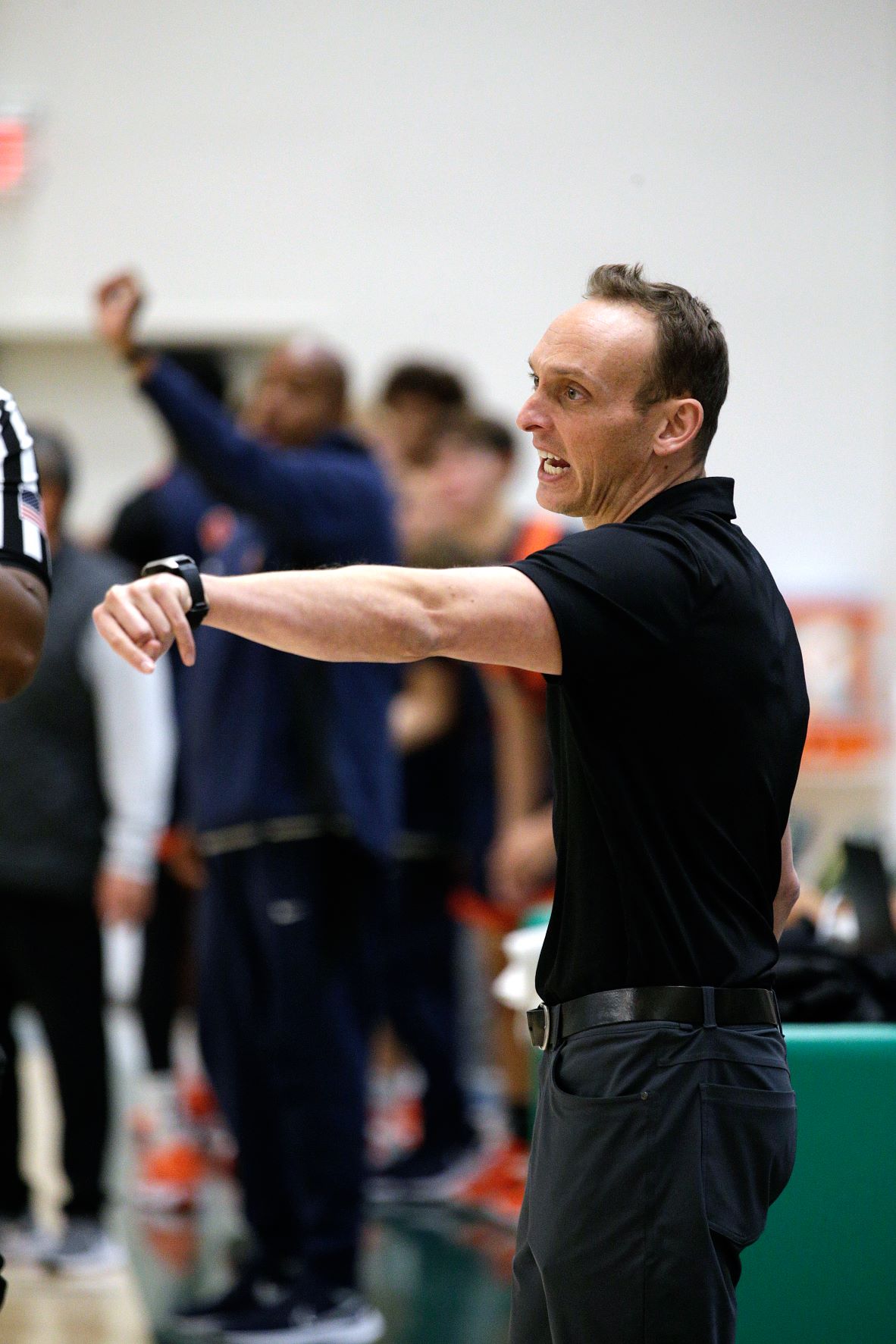