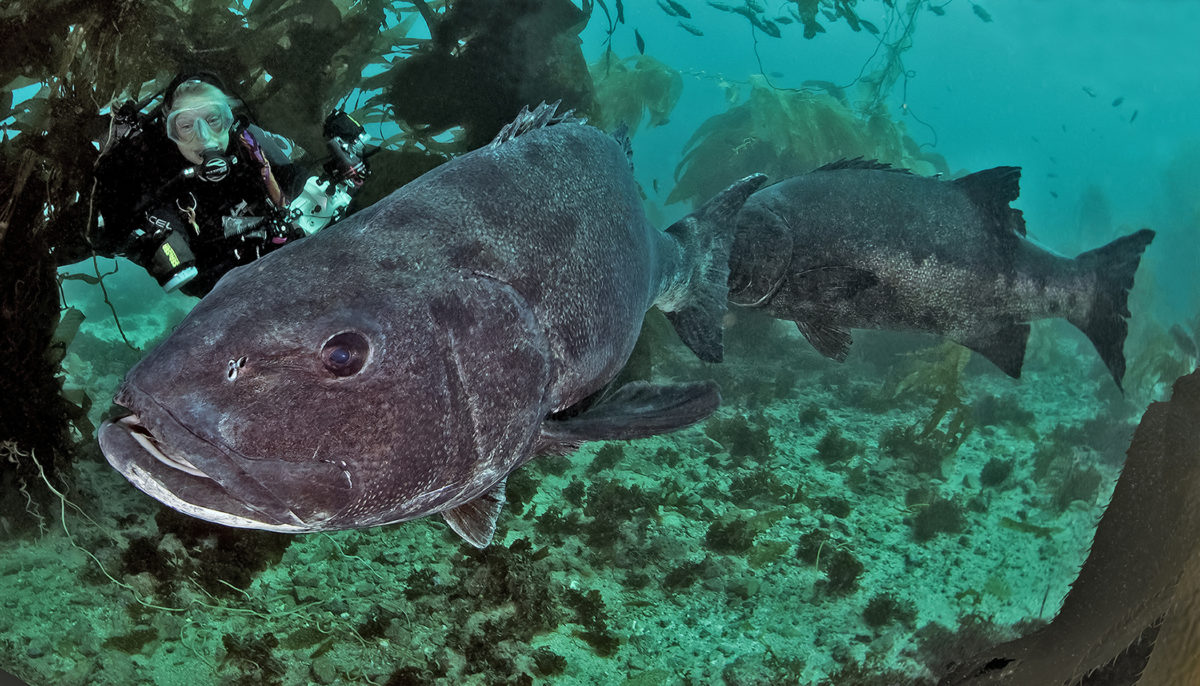 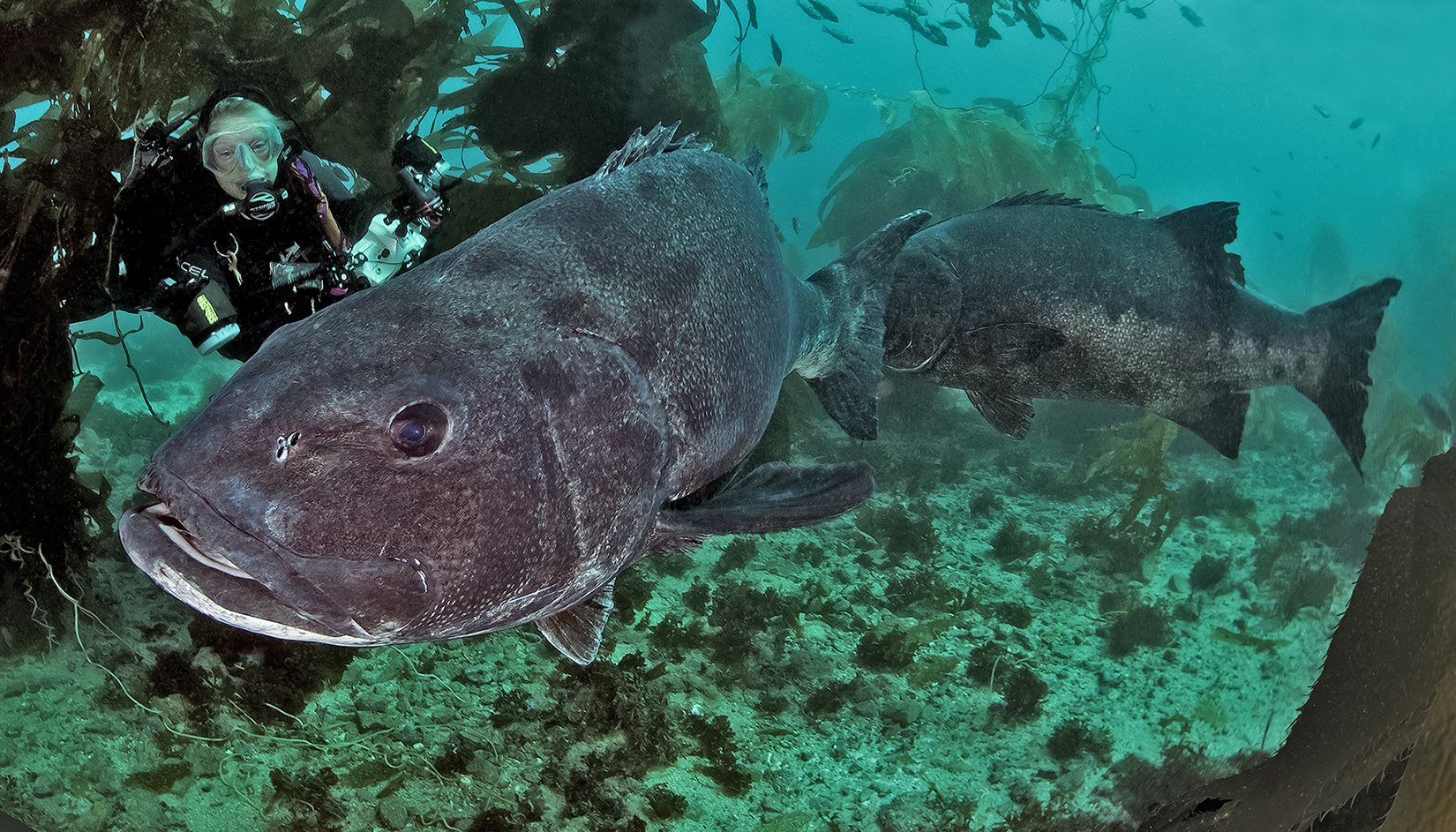 A few kicks of your dive fins off the Redondo Beach shoreline is the tip of the Redondo Submarine Canyon, where currents bring a wealth of nutrients and life up from the depths. No rocky reefs or kelp forests exist off Veterans Park, but creatures that live on and within soft sandy bottoms abound. Many Southern California divers, particularly those with cameras, are aware of the richness of the area. This richness is not so evident during the daylight, but after dark, hoards of shrimps, crabs, and fish appear from beneath the sand or make their way up from the depths to look for food. At certain times of the year, hundreds of market squid appear in the darkness to attach pale, finger-shaped egg cases to the bottom in numbers that make the sea floor look like a patchwork of heavy shag carpeting. What has been known for some time is that the heads of submarine canyons are excellent nurseries for marine life. What was not known until recently is that the shallow area inshore from the Redondo Submarine Canyon is the most productive nursery site ever found for California’s largest coastal bony fish.

Giant Sea Bass, also incorrectly called “black sea bass,” can reach 560 pounds and seven feet long, and can live for at least 75 years. They were decimated by fishing during the early 1900s and were listed as an internationally-endangered species. About the same time intentional taking of the fish was prohibited in California snf their population slowly increased. But their numbers are still far below historic levels. 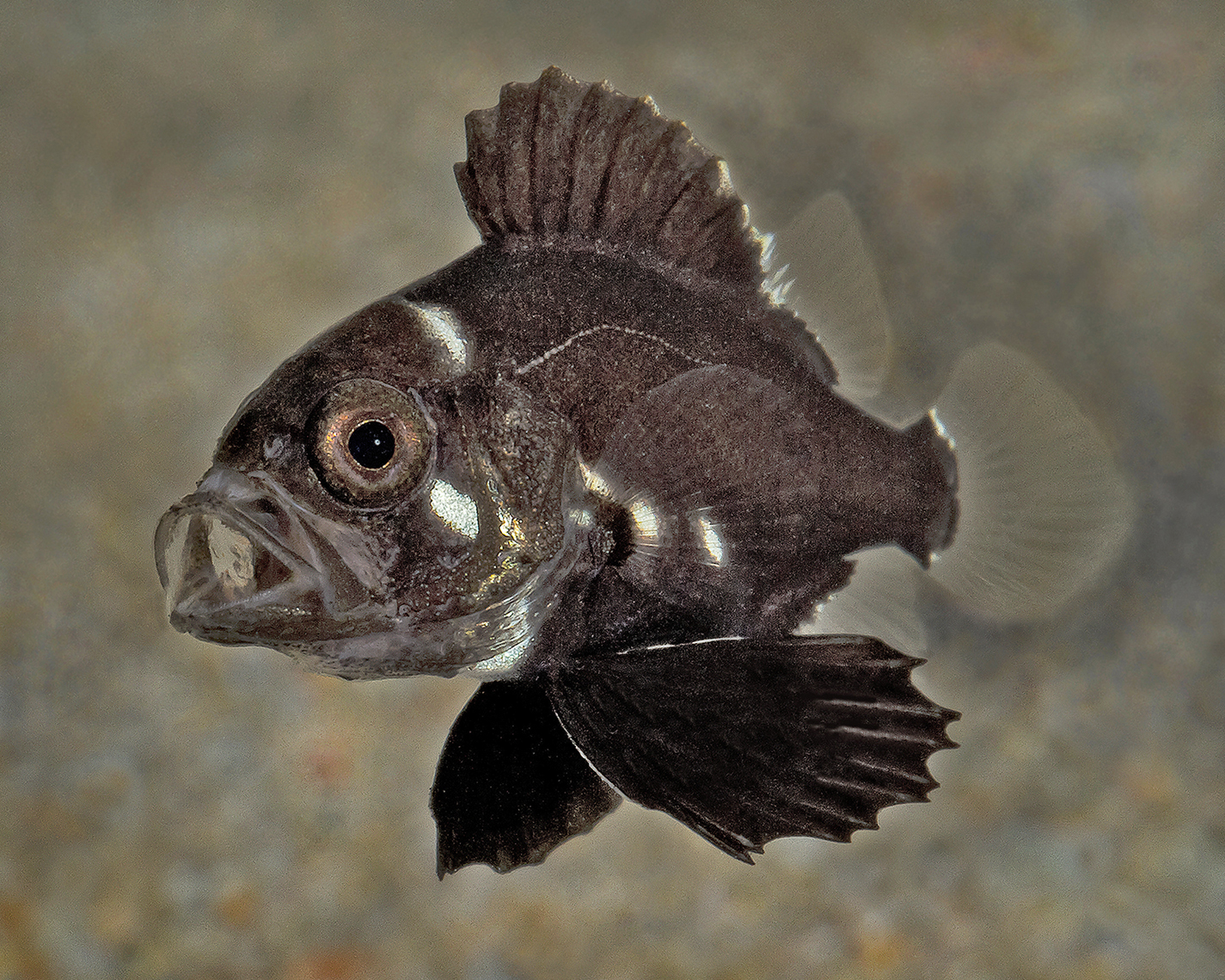 Giant Sea Bass are first found in their black phase at three eighths of an inch long in the shallows of the Redondo Beach nursery site.

Adult Giant Sea Bass are denizens of California and Mexico’s kelp forests, rocky reefs and wrecks, and are familiar to many SCUBA divers. But until recently, nobody knew where to find their babies. In 2013, then-Masters of Science student Stephanie Benseman of California State University at Northridge began a multi-year research project to find out where the babies lived, how they lived, and how fast they grew. In 2013 she searched high and low along the Southern California coast but didn’t find any. Then in 2014, after a Redondo diver remarked that she had seen one, Benseman  found a baby Giant Sea Bass on her next dive in the shallows off the Veterans Park stairs. After finding more off Redondo and other submarine canyons, she realized that searching sandy shallows inshore from the tips of submarine canyons was the key to finding them. That year, I began helping with her studies while also beginning my own studies of baby Giant Sea Bass that continue to present day. I’ve spent over 250 hours underwater studying baby Giant Sea Bass at Nursery Sites, mostly along Redondo Beach. We’ve learned a lot.

The adults often group together to spawn, and their eggs float on the surface for a couple of days before hatching. The larval sea bass then drift among the plankton for just under a month before leaving the drifters and making their way as tiny fish. We find the youngest babies on sandy bottoms from the surf line to about 30 feet deep at the sandy heads of the few submarine canyons that begin close to sandy shores.

The shallow bottom inshore from the Redondo Submarine Canyon between the Redondo Pier and Topaz Street Jetty has consistently been the best place to find them. This location qualifies as a Nursery Site for this species under the California Environmental Quality Act. They begin to arrive at this Nursery Site in July, where they have been found until February. We first find them when they are the size of a large house fly at three-eighths of an inch long; they are black with a few white spots. At about three-quarters of an inch long they turn brown with black spots. At about one-and-a-half inches, they turn reddish with black spots under natural light that looks bright orange in underwater photos shot with strobes. At around three inches long they leave the Nursery Site and move deeper as well as away from the canyon. We are not sure where they go once they leave a Nursery Site. 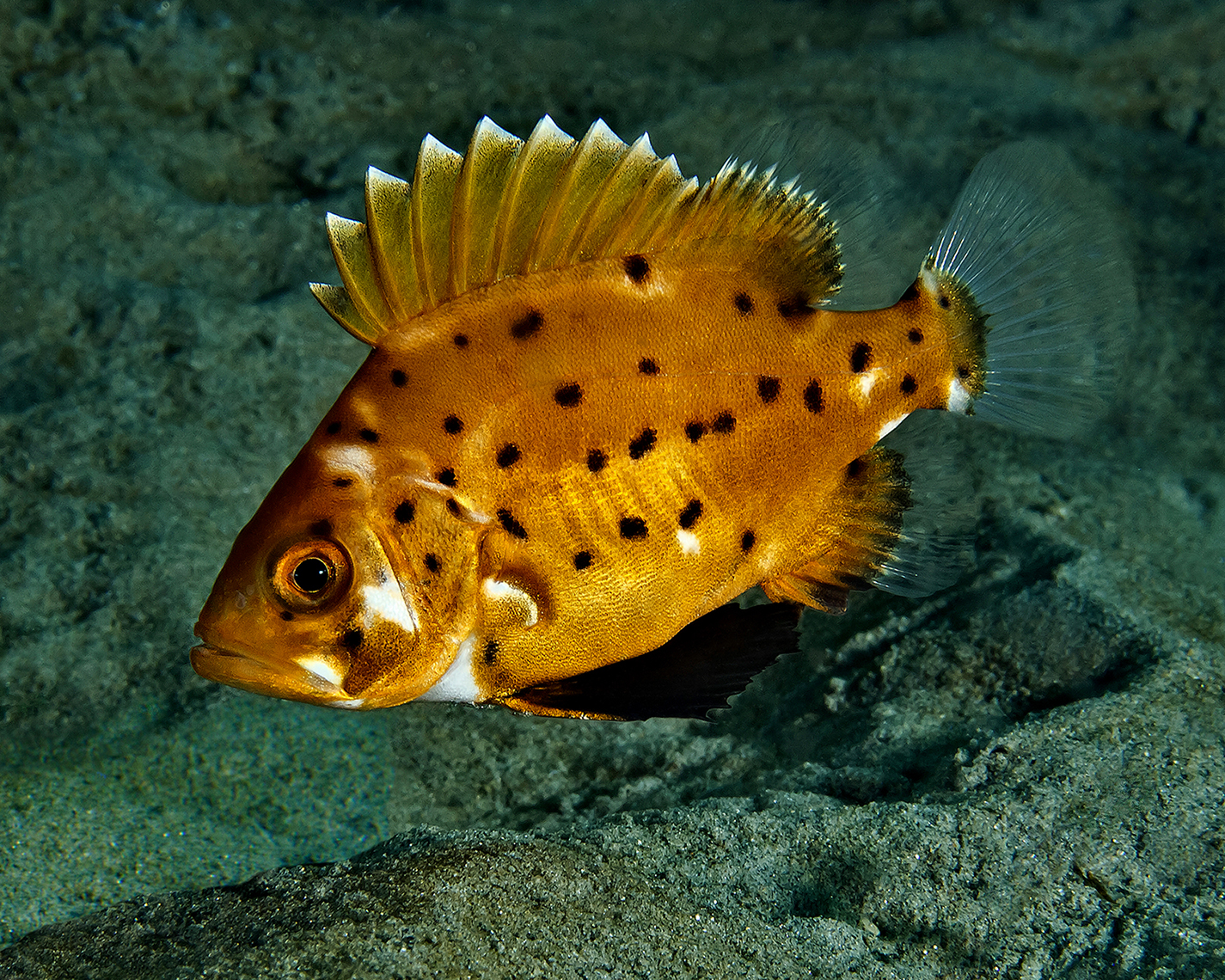 Even experienced divers who see this orange fish for the first time may think it an escaped exotic or a fish that swam up from Mexico.

Even experienced divers who see this orange fish for the first time may think it an escaped exotic or a fish that swam up from Mexico. But this baby Giant Sea Bass has matured in the Nursery Site, changed color from black to brown and then orange; at three inches long it is preparing to leave the shallows of the Nursery Site that has sustained it.

The babies are solitary and adept at hiding among vegetation on the bottom, so even within the Nursery Site in the middle of the season, I may spend over two hours per dive carefully searching underwater without finding one. On the best day ever, one long dive produced 12 baby Giant Sea Bass. I measure them, record their depth, and then surface for a couple of seconds to mark their position using shoreline features. I photograph them to record their pattern of black spots in case they are ever seen again by me or by other divers who send me photos for comparison. My study, published in 2015, proved that each baby Giant Sea Bass has its own individual pattern of black spots that stay the same for at least a year. Photographs of these spot patterns can be used like fingerprints to identify individual fish. Each year, I compare sea bass mug shots that I and other contributors have taken of that season’s crop of fish, looking for instances where the same fish was seen on more than one date.

City of Redondo shoreline infrastructure projects such as harbor dredging, pier or jetty improvements, or beach sand replenishments that could affect the Nursery Site bottom below the low tide line should be undertaken when the baby Giant Sea Bass have been found to be absent from the Nursery Site. That is is from February 1 and July 1. Major infrastructure projects that could affect the Nursery Site should not be undertaken during this period. The Veteran’s Park shoreline at Redondo Beach was considered an important dive destination even before it was discovered to be the most productive Nursery Site ever found for this protected fish species. In light of this new information, there is even more reason to treat this shoreline and nearshore habitat with respect.

Michael C. Couffer is the owner, senior biologist and photographer for Greg Owl Biological Consulting. He may be reached at mikecouffer@gmail.com.