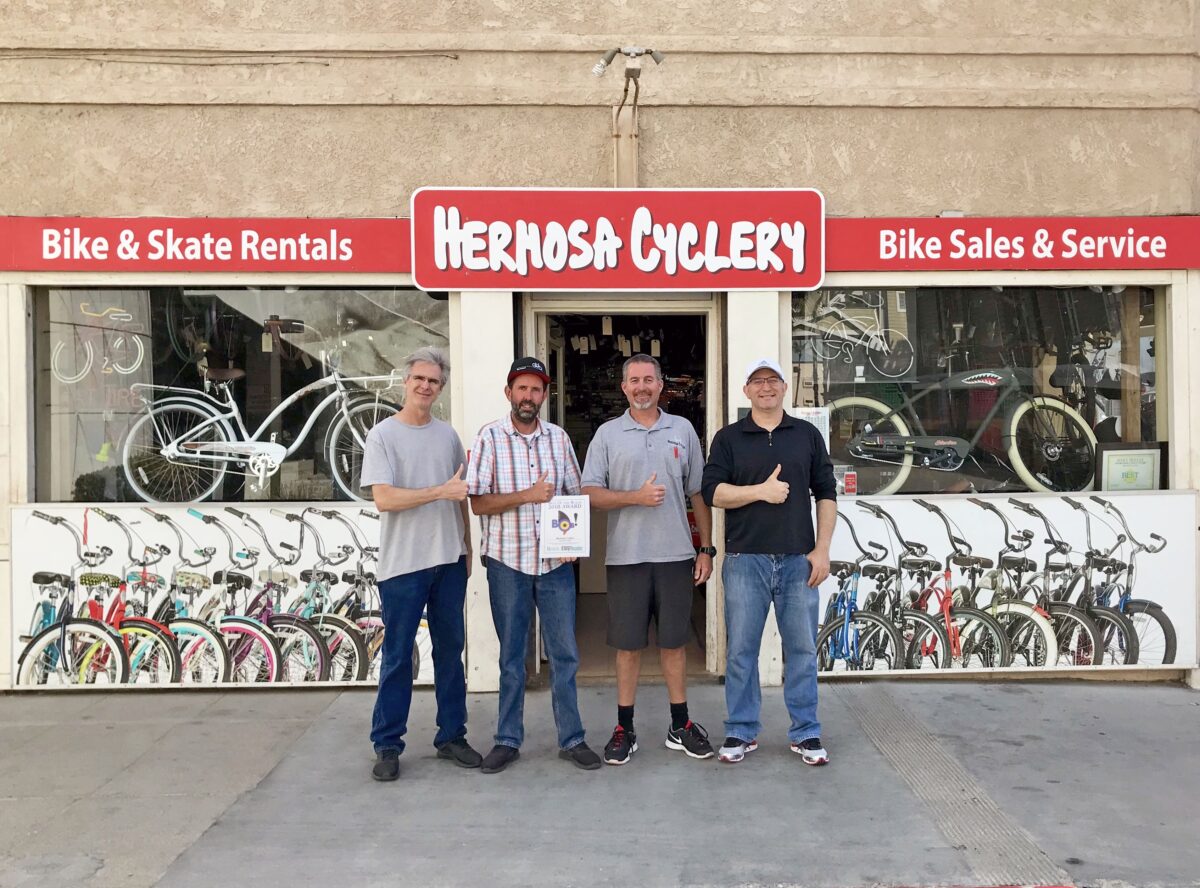 The building used to be a candy store. It still is for the four owners of Hermosa Cyclery, who loved their jobs at the bike shop as teenagers, and inherited it as adults.

Founder Harold Schumaker surprised them in his will, bequeathing the four the business.

This year is the 20th anniversary of Steve Collins, Larry Burke, Ken Liebowitz and Mark McNeill running Hermosa Cyclery,  just off the Strand.

“Being partners together and getting along splendidly,” said Collins, who was first hired at the shop when he was 16 in 1978.

Two of the four are now back full-time, and the other two part-time. Every Tuesday night is a “board meeting,” by phone, running 3-4 hours, fine-tuning and planning the business.

E-bikes now make up half of Hermosa Cyclery’s bike sales. E-bike repair has grown too.

“They’re starting to age to a point where they need to be worked on,” Collins said.

The owners are starting to age, as well. Four of their children now work at the business.

It is the latest era for a store which has served generations since 1974 – employees too as four children of the four co-owners now work at the business.

“It’s definitely our passion,” Collins said. “We’re there to stay as long as we can.” 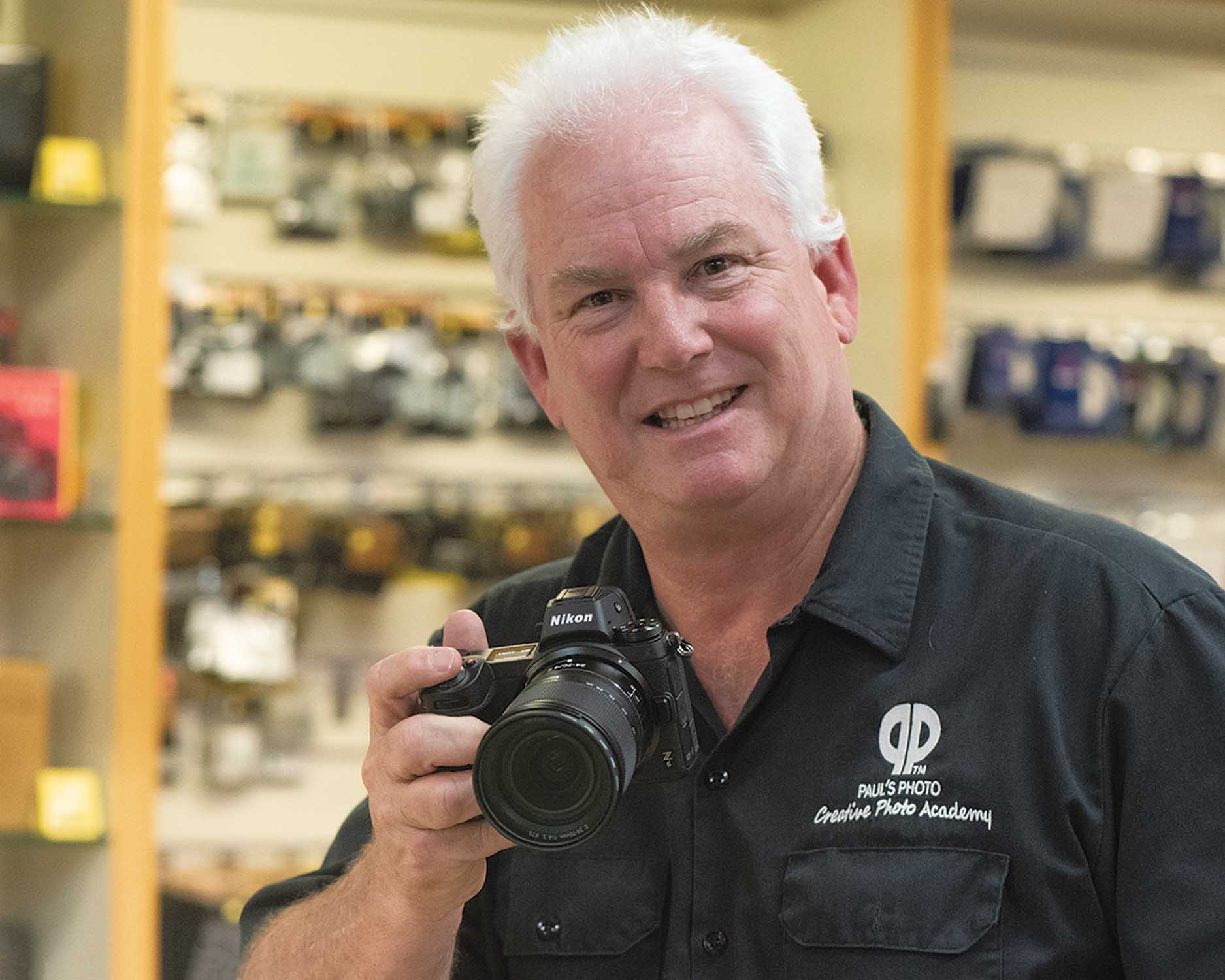 Mark Comon is a second generation owner of Paul’s Photo.

Mark Comon has a ready explanation for why Paul’s Photos is thriving.

“People are tired of being raked over the coals on the internet. They want a friendly face across the counter, who knows what he or she is talking about,” said the second generation owner of the store, founded by father in 1961.

Don’t expect the Amazon driver to explain the new mirrorless cameras, which are making Digital SLRs obsolete, Common pointed out. The mirrorless cameras are smaller, lighter and take better photos. But not if you don’t know how to work the mirrorless digital viewfinder, or other features unique to the new cameras.

In addition to a staff that does know how cameras work, Paul offers classes in all aspects of photography.