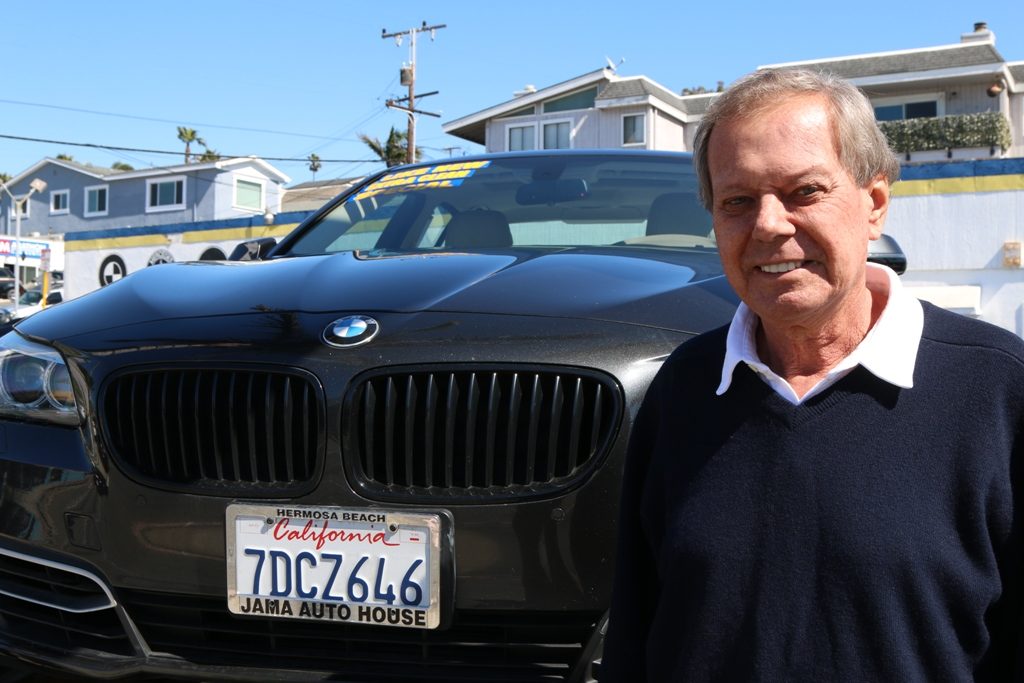 A Santa Barbara resident having her car serviced at Jama Auto House in Hermosa Beach, walked downtown for lunch. Upon her return, she told Jama owner Lars Jacobsson, “You must sell a lot of cars. I saw seven Jama license plate holders on my way back up Pier Avenue.”

The former Porsche rally car driver from Sweden celebrated his used car dealership’s 34th anniversary in January. In addition to longevity, Jacobsson attributed his success to synthetic oil. “A Mercedes that used to run 200,000 miles on a single engine, now runs 500,000 miles,” Jacobsson said. As a result, high end used cars, which Jama specializes in, hold their value longer, assuming they are regularly serviced. Jacobsson makes the argument that his used  Mercedes’ and BMW’s are cheaper to own than new, mid-priced cars because his hourly service rates are half those of new car dealers.

Jacobsson said he and his staff consult with customers on the type of driving they do before recommending a car to them. Chances are his recommendation won’t be an electric car.

After about five years, Tesla batteries need to be replaced, at a cost of roughly $40,000. That essentially makes electric cars, like their batteries, disposables, Jacobsson said.