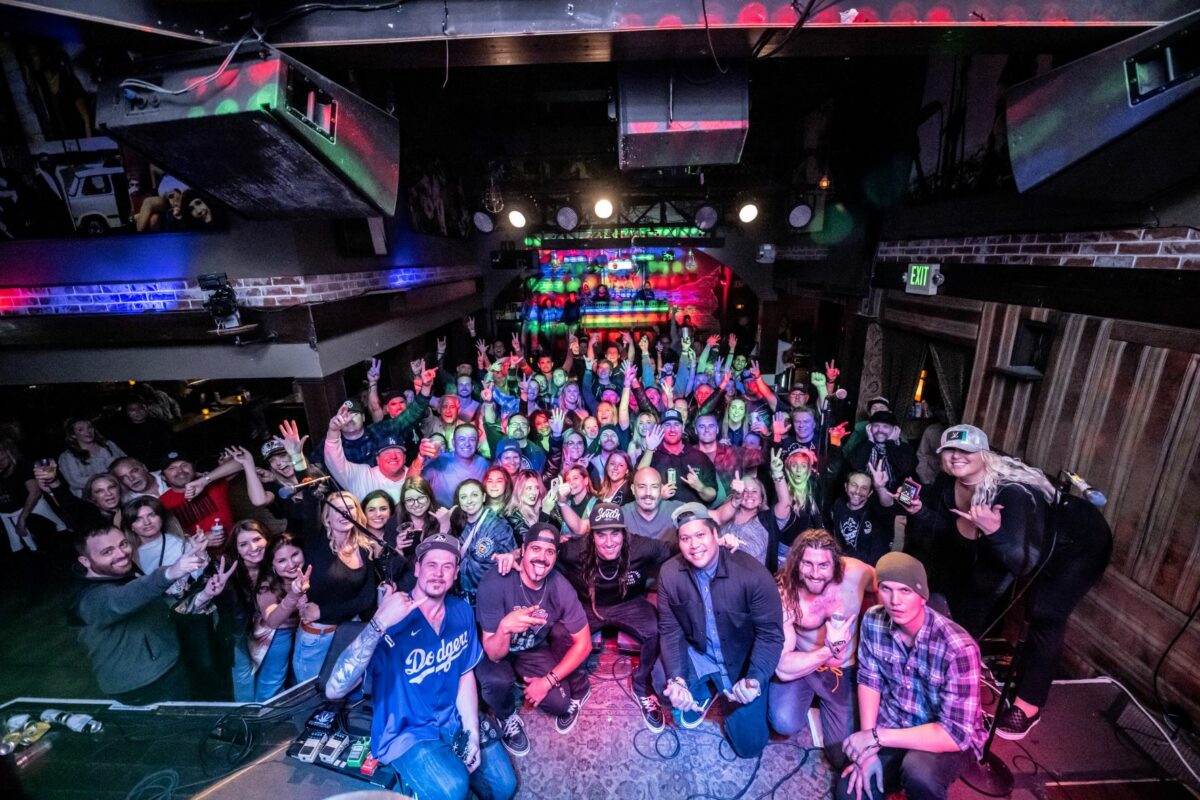 Saint Rocke, Hermosa’s beloved live concert venue, resurrected itself for a one night only, celebratory bash on Thursday, January 5. The club closed at the start of the pandemic in 2020.

Thursday’s special show was a thank you from BeachLife festival organizers to fans who purchased tickets to the May 2023 festival at Redondo’s Seaside Lagoon, prior to knowing what the lineup would be. 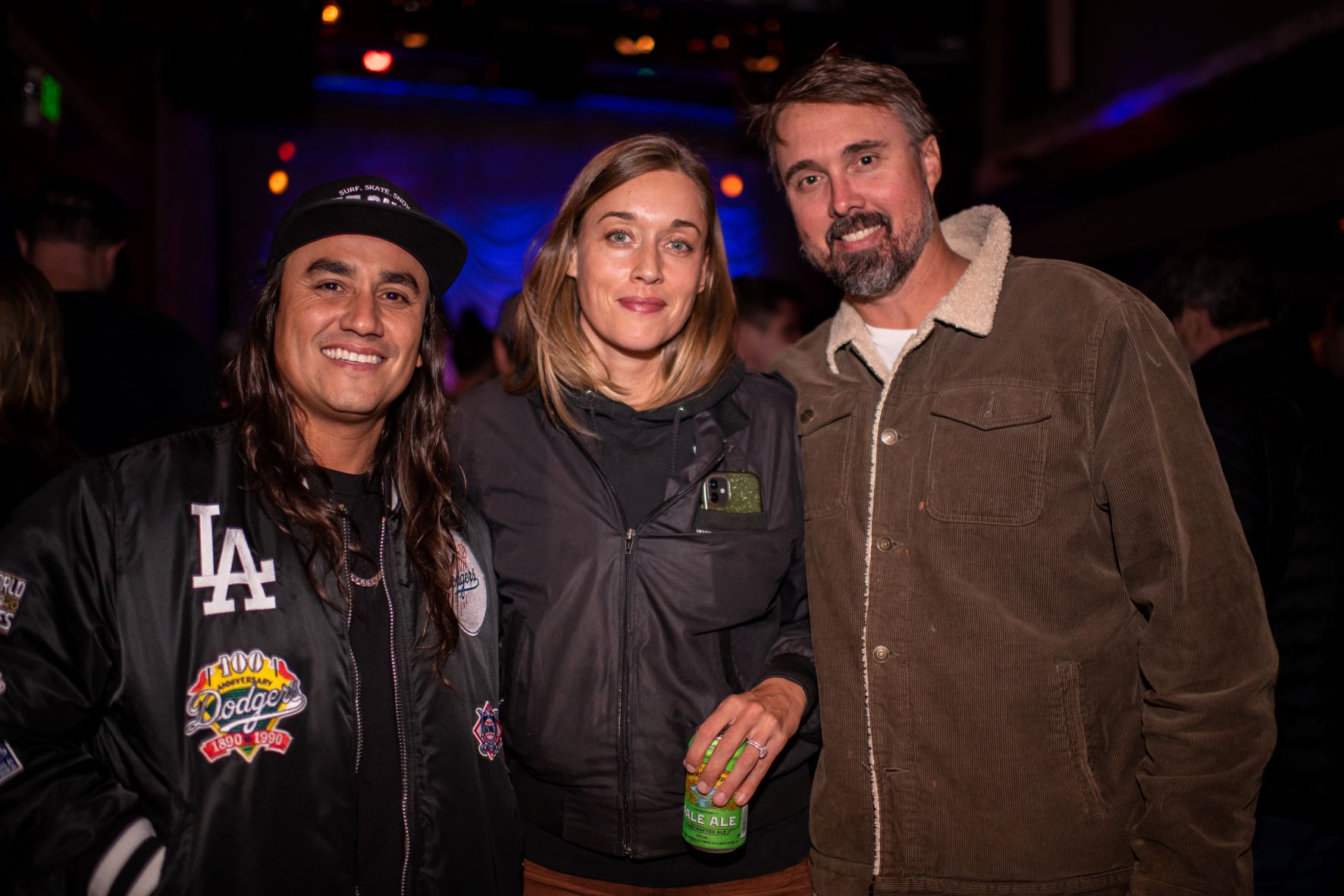 “We wanted to throw a party for the fans who bought BeachLife tickets without knowing the lineup,” BeachLife marketing director Katie Henley said.

“We were spit-balling all kinds of ideas around when Allen said, ‘Why don’t we just open up Saint Rocke one more time and throw a banger.’ We were lucky that a lot of the equipment was still there. The room literally hadn’t been touched in three years, but it all came together. 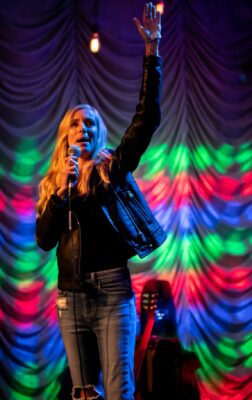 The May 23, 2023 BeachLife headliners will be The Black Keys on Friday night, Gwen Stefani Saturday night, and The Black Crowes and John Fogerty on Sunday. Local bands will include Tomorrows Bad Seeds, Jim Lindberg, of Pennywise, the Kevin Sousa Band, and Poppy Harlo.

Opening last Thursday’s show at  Saint Rocke was the newly christened duo Gavigorn, consisting of long-time local favorites Gavin Heaney of Latch Key Kid and Aragorn Wiederhold. They set the scene with a mellow, and mostly improvised set of the South Bay cool they’re known for.

Headlining the evening was Tomorrows Bad Seeds. TBS is a famously loosely tight band that took Sublime’s lead and forged ahead with a wonderful mesh of reggae, rock, punk, Latin and rap. This was their night, on their turf. The enthusiastic, knowledgeable crowd of approximately 200 sang along with many of their well-known favorites.

“I don’t think there was any other choice,” Henley said of choosing Tomorrows Bad Seeds to headline the evening. “TBS has performed at Saint Rocke more than any other band, and they’re also playing BeachLife. We all go way back, they’re family. They were the headliner of the first show I booked at Saint Rocke, along with STiNKY PiNKY, a band I was managing at the time, for the Acoustic 4.20 Celebration.”

Coinciding with the feel-good night was the announcement that Colorado club owner Dani Grant will reopen Saint Rocke in March. Grant owns the venerable Mishawaka Amphitheatre in Bellevue, Colorado. Sanford will remain involved as an investor.

“I worked at Saint Rocke for six years,” Henley recalled, “and I can honestly say I spent the best years of my life here. I helped create some pretty memorable experiences. That is my favorite part, making memories and capturing the stoke.”

Highlight of her St. Rocke days, she said, included shows by BUSH, Fishbone, the Pennywise surfrider benefit, Pepper/Sand Section, Marshall Tucker Band, Lukas Nelson, and Keller Williams. She also mentioned filming an episode of 90210, and ‘The Froth Awards’ craft beer fest. William Shatner once did a spoken word set at the club. Coolio showed up with a huge entourage, and insisted on being paid in cash before he went on stage. For the comedian Gallagher, the inside of the club had to be covered in Saran Wrap, and guests were given ponchos.

“We cleaned watermelon out of the rafters for weeks.” Henley said. ER