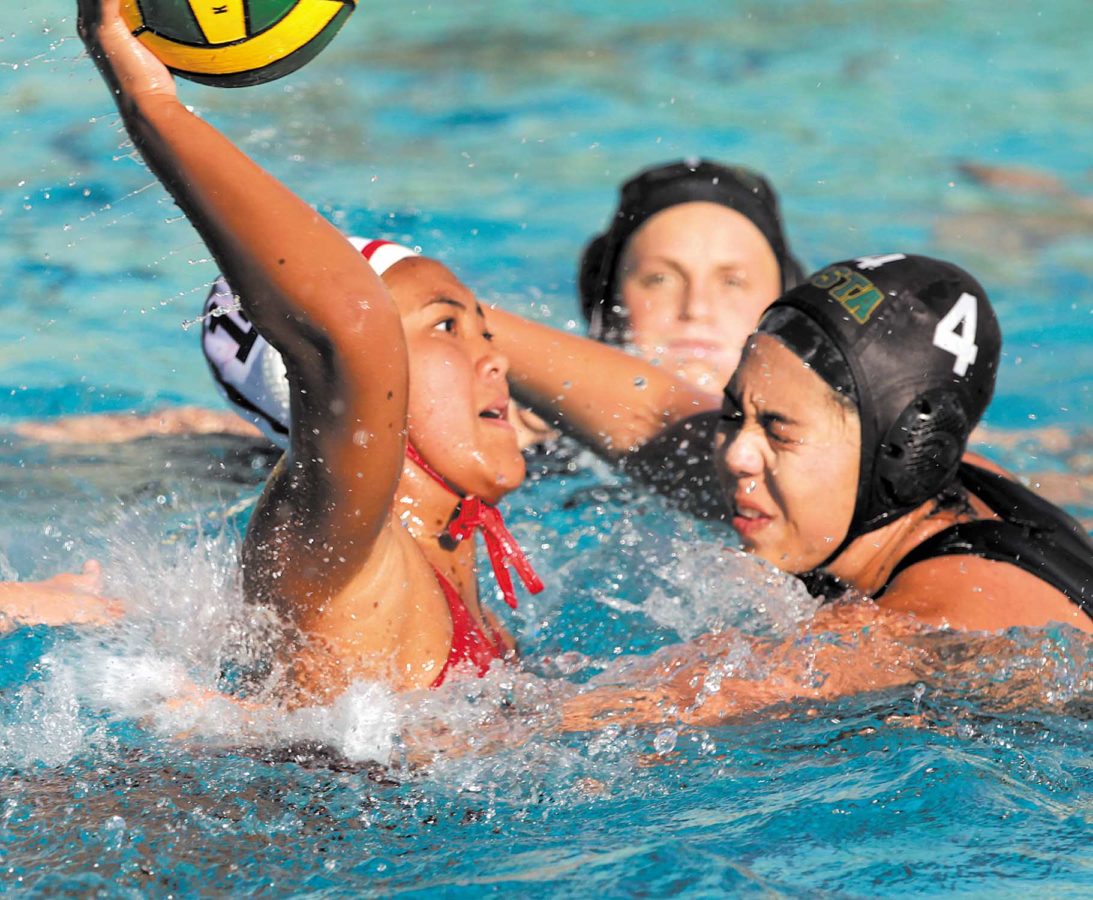 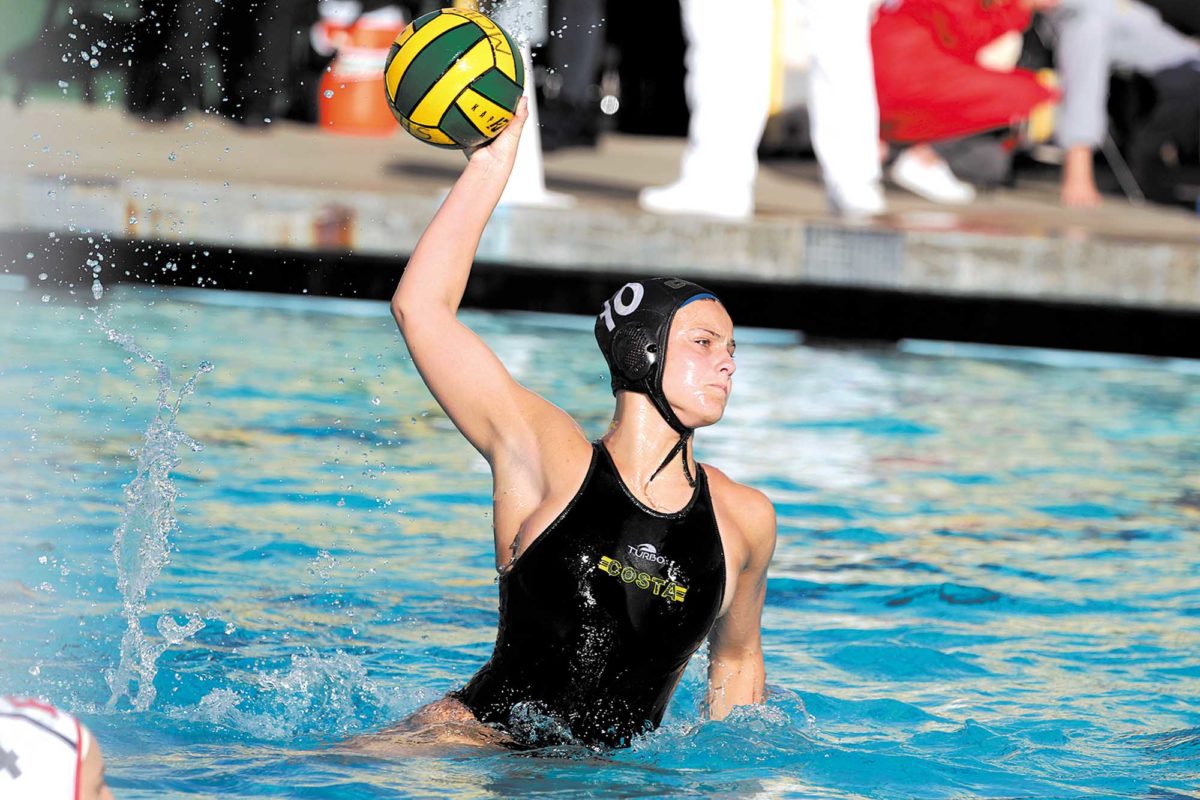 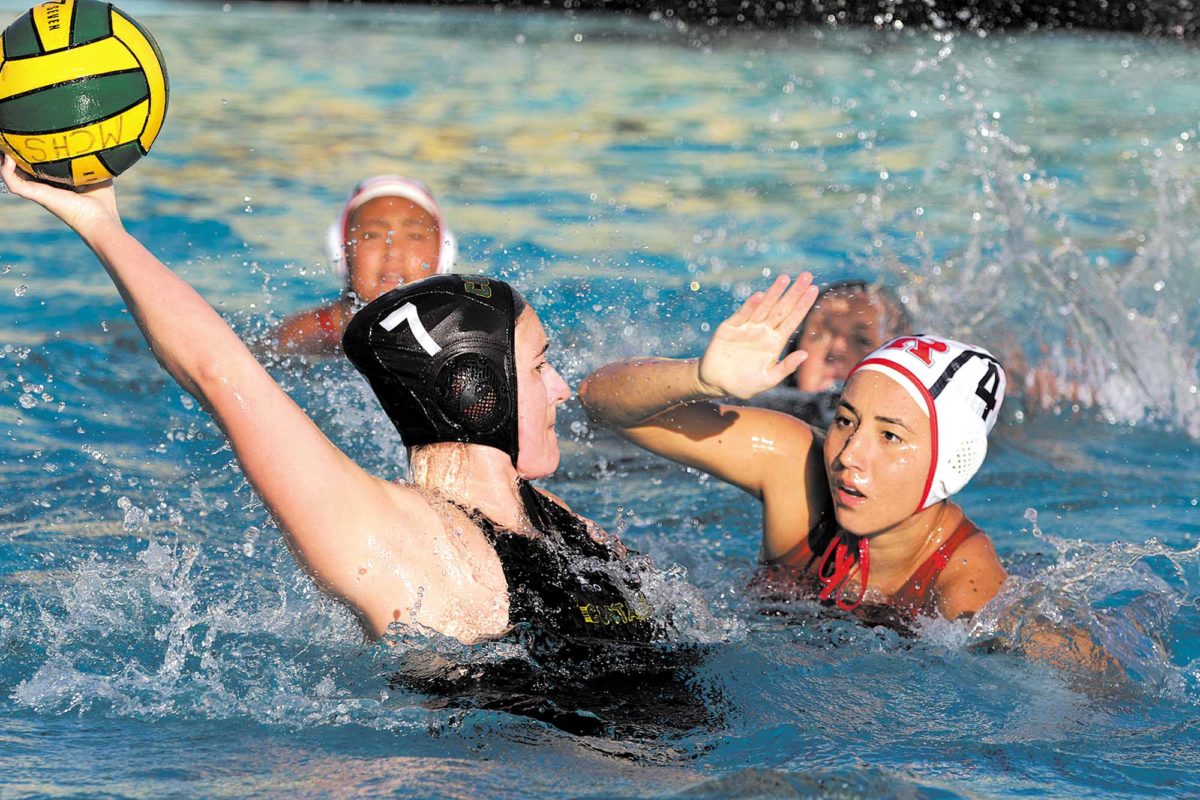 At the end of the first quarter of Tuesday’s girls water polo match between Mira Costa and Redondo Union, the scoreboard read 2-1 Sea Hawks. Both Sea Hawk goals came during six-on-five situations, in which a temporary ejection left Costa down a player. But as the second quarter began, the Mustangs took the lead thanks to two plays from its senior captains: a goal off a four-meter penalty shot, drawn by Celeste Almendariz and scored by Leigh Lyter, and a head-spinning backhand from Lyter in hole set, the water polo position akin to a center in basketball.

The two goals gave the Mustangs an edge they would never surrender, leading them to a 9-6 victory. The win avenged an overtime loss to the Sea Hawks earlier this season, and gave Costa (20-7 overall) a 5-1 record in Bay League play, good enough to tie Redondo (16-6, 5-1 in league) for a share of the league title, and giving the Mustangs momentum before CIF playoffs begin next week.

Lyter said that the second quarter showed the team’s ability to adjust in-game. After the first quarter, the Mustangs would not earn an ejection again until fourth, and did not surrender another six-on-five goal.

“We got into the groove, and started adjusting to what the refs were calling, knowing what we were getting ejected for,” Lyter said.

They also had a better sense of what they could get away with on offense. Lyter’s second-quarter backhand was a rarity in a game in which both teams deployed a version of a drop-back defense early on, with players sloughing off the more distant attackers in order to cover their opponent’s hole set from both ends. The strategy meant that both teams’ goals came from well-placed outside shots rather than rough-and-tumble plays closer to the goal.

Redondo’s Caylah Olay proved to be one of the Sea Hawks’ most potent scoring threats. Partway through the fourth quarter, she cut the Mustangs’ lead to three on a shot fired past Costa goalkeeper Erin O’Donnell. But there was not enough time left for a rally. The Mustangs were able to play the clock and secure the win.

The final minutes of the fourth quarter marked the only time in the game when the Mustangs’ style could be called conservative. They were able to reassert control of the game starting in the second quarter through a stepped-up defense, and showed off their conditioning as they continued to force Redondo to cover fast break situations even after a comfortable lead had been established.

Mustangs coach Jon Reichardt said he attributed the different result Tuesday in part to the circumstances of the previous game against  Redondo, which came after a grueling schedule at the America’s Finest City tournament in San Diego. But he acknowledged that the team had managed to improve in both steals and shifts. The Mustangs were able to prevent Kennedy East, one of Redondo’s top scoring threats, from finding the net.

“We weren’t coming off a five-game weekend for one thing,” Reichardt said. “But our defense wasn’t playing as well [in the previous game] as it should have.”

Playoff seedings for CIF Division Three, which contains both Costa and Redondo, will be available Saturday morning. (It is possible that the Seahawks and Mustangs will meet again in the playoffs, but not unless both teams reach the finals.) Heading into the playoffs, the Mustangs will be spending a bit of extra practice time on six-on-five situations, an area in which the team still needs work on both sides of the ball, Reichardt said. But at this point in the season, he said, the key is staying mentally ready.

The message seems to have hit home with players. Asked about changes since the last time the two rivals met, Costa’s Lyter said the biggest difference was one of approach.

“It was our mentality. We were hungrier this time,” Lyter said.