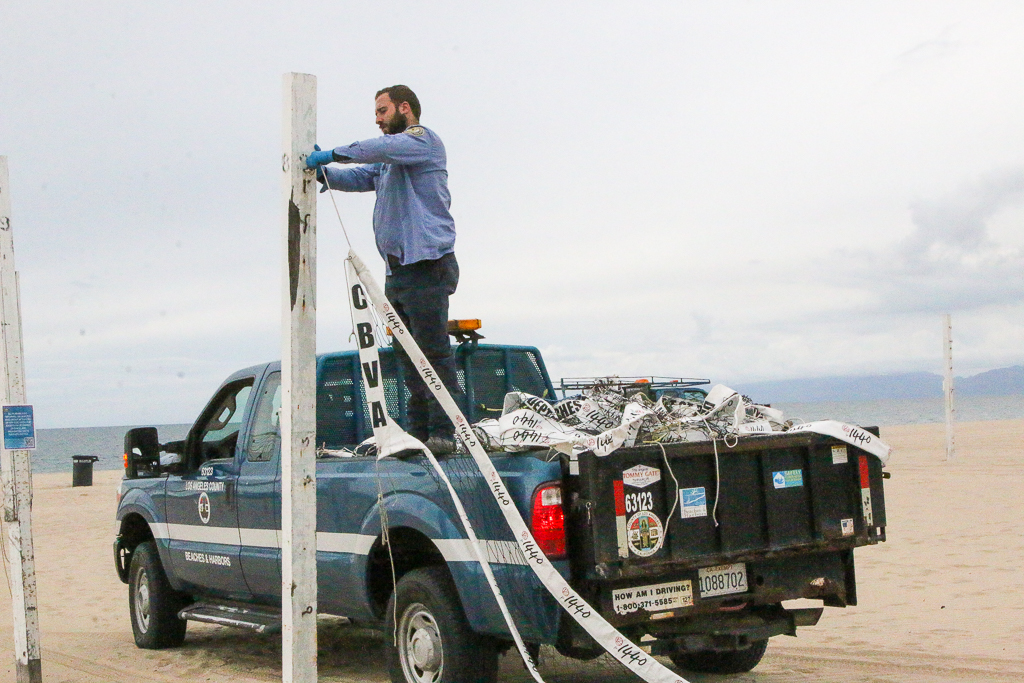 A Los Angeles County worker removes volleyball court nets on the Beach at the Hermosa pier. Photos by Kevin Cody

Kernochan rushed from his home as the trucks approached the courts where he and friends play almost daily. Upon being told by the workers they were ordered to take down all beach volleyball nets, he convinced them to let him remove the four nets he and his friends play at. 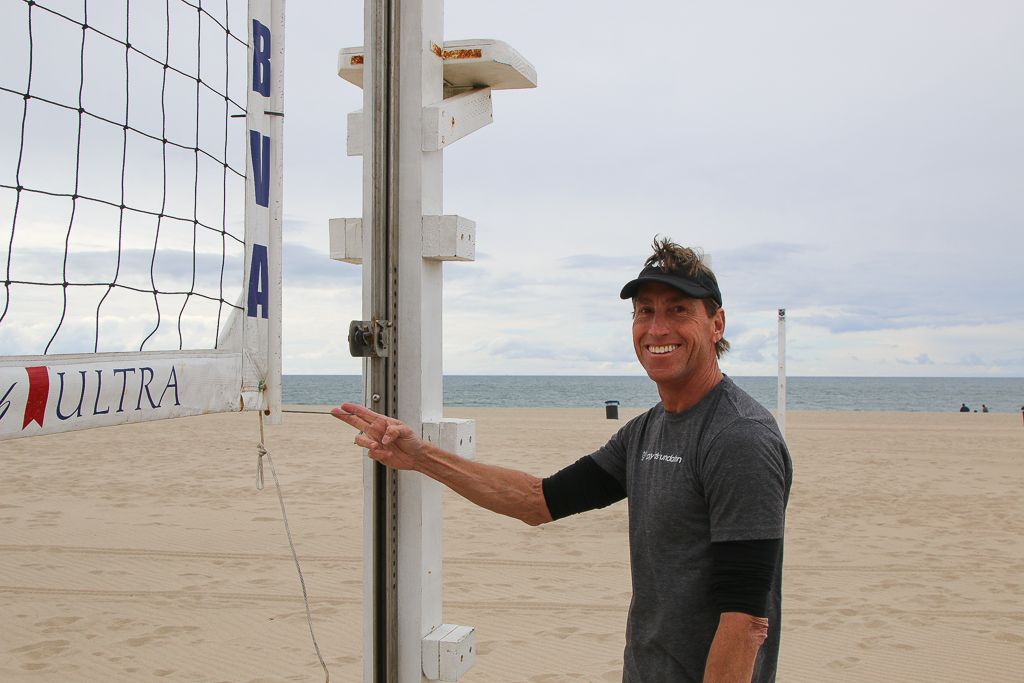 “Everyone handling the same ball is too risky,” the spokesperson said, referring to the risk of spreading the coronavirus. 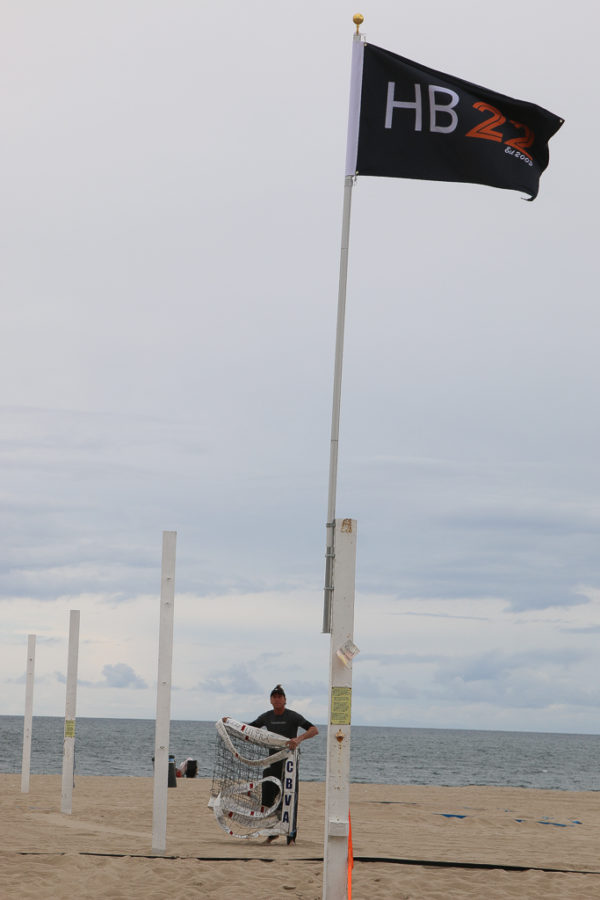 Chris Brown, President of the California Beach Volleyball Association, is among the 22nd street volleyball players.

Brown stopped short of protesting the ban on beach volleyball. But he contended residents should have been warned the nets would be removed and given time to take down the private nets.