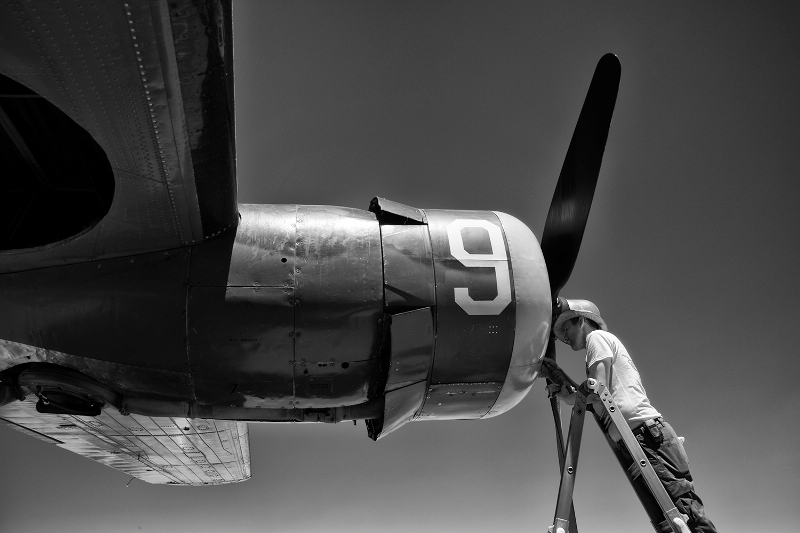 “You Can’t Go Home Again” was a novel published in 1940 by Thomas Wolfe. The expression has since transformed into a common cultural idiom. It is most commonly associated with wistful yearning for the past and the times, events, and childhood experiences that evoke the warmest of feelings. It is a brand of sentimentality that seldom matches up to biases in memory when taken to its most literal application.

This emotional longing is also generally interpreted as nostalgia. That word derives from a Greek compound, consisting of “nostos,” or a Homeric word for “homecoming” and “algos” for pain or ache. These kinds of recollections of the past can represent important events with people and places that were the most pleasant in memory. As a lifetime unfolds it often leads to desires to literally “go home” once again.

I was passing through the South Bay recently with some time to kill when I decided to drive to Inglewood to see the places of my youth. As I approached the city, I began thinking of an old “Twilight Zone” episode called “Walking Distance,” written by Rod Serling and starring Gig Young. It was about a world-weary advertising executive who leaves his car at a gas station (when you could do that sort of thing) and sets off on foot to his hometown, which coincidentally is just down the road. He finds things exactly the same as when he was a child, and quickly senses he has gone back in time. He finds his old home, and attempts to explain to his parents parents that he is their son, now grown up. They think he’s crazy.

When his father eventually believes the impossible, that this man is his son from the future, — the son asks why he can’t fit back into his past life? His father pointedly replies, “I guess because we only get one chance.”

I decided to get off the 405 at the Florence / Manchester off-ramp. Quickly that neighborhood of the freeway brought memories rushing back to me. I was driving right over the spot where my Uncle Leo used to live. This represented progress in the 1950s — where blocks of families became lanes of traffic. I miss those visits to my Uncle’s house.

I noticed that the “Big Donut” has now become “Randy’s Donut.” At least the donut was still there. I continued my slow journey into the past by driving south on Aviation until I reached Century. Carolina Lanes should be right here on the corner. This was where I bowled my first 200 game. It’s not there anymore. Only sleazy strip-joints occupy those once wonderful bowling lanes where I had so much fun with my friends. I found out later the Inglewood Bowl and Jola Bowl are also ancient history.

I drove down Century towards the Hollywood Park Race Track. That parking lot is where my dad first took me to practice driving a car. That was so special when Pops first let me take the wheel. That was also where Bill Shoemaker pulled up on Swaps at the quarter-pole, and cost my Uncle a lot of money. How could they take away that beautiful landmark and so many of my memories?

I stood on some graded dirt and looked around for the Inglewood Golf Course, which should have been just yards away. All I could see was that old “Forum” sitting where the ninth green used to be. It was like somebody took a big eraser to the chalkboard of my childhood. All that was left was dusty chalk and smeared images.

I got back into my car, and tried to picture myself in one of the vintage autos from the film American Graffiti. Maybe this little “detour” could magically transition into a cruise from the old days instead of a jolt of modern reality. Maybe if I blare the radio with rock ‘n’ roll music I could bring back the past.

I turned the wheel west again. I knew Sears was just down the street on Manchester at Hillcrest. I wanted to check out their sporting goods department where I bought my first Converse basketball shoes. I also wanted to see if that traffic controller still sat atop the tower in the parking lot. Wait a minute! I didn’t expect old Dr Tanton would still have his offices across the street, but I never dreamed Sears would cease to exist.

Oh well, maybe I would head downtown and see what’s playing at the Fox Theater or the United Artists. On no! The Fox is boarded up. No UA either. Has the “Invasion of the Body Snatchers” come true? Have Aliens taken over Inglewood? I saw “The Hustler” at the Fox in 1961. Now Market Street looks like a bad movie set. Where is Mike & Bob’s Records? I bought my first Beatles album there.

I thought I would seek some peace and quiet at the Inglewood Public Library. It should be just around the corner. I turned down Queen Street, but couldn’t understand why it now dead-ended at La Brea. Where is that beautiful stand-alone building that took up a whole block? The impressive structure I remember had an elegant stairway out front leading to the front doors, and the rich old wood of the lobby and book shelves. It smelled like an old-fashioned museum.  Alas, this cherished landmark has also disappeared. The whole city block is now the Inglewood City Hall. If those people only knew what books I enjoyed and how that little piece of lost history inspired a lifetime of reading.

As I pulled away from the curb looking for something of the past I could hang onto, I noticed that at least Inglewood High School looks basically the same. But Scarpellino’s Pizza is gone, the DMV has moved, and most of the area looked nothing like I remembered it. I was getting desperate to find something historical that I could cling to. Just one thing that would make this new town seem like my old home.

I finally thought of a place where changes would be unlikely. Centinela Park is 55 acres of grass, trees, and ball diamonds that will never get replaced. I spent huge parts of my life there, playing ball, watching fireworks, hiking the Indian trails, and playing fast-pitch softball as an adult. Sure enough, it was still down the street from where I grew up, but it is now called “Edward Vincent Jr. Park.” Who the hell is he? Why did they have to change the most iconic name of all of Inglewood’s parks?

I was now just a few blocks from where I grew up at 329 E Hazel Street. I drove slowly up my old street, and approached the address with cautious anticipation. I was looking for the two banks of ivy and elm trees that marked the front of our property. When the address I saw indicated that I had gone too far, I was shocked. I stopped and backed up a few yards. Where was 329? Unbelievable! It is a vacant lot. This cannot be! Something is dreadfully wrong here. Where is my house? Our driveway? Where is my basketball setup and the wiffle ball field? Who bulldozed my adolescence? What is that dirt doing where my life sprouted in our backyard garden? What did they do with the apricot and peach trees? My mind started spinning like a dream sequence from a bad movie.

I thought back to the Twilight Zone closing by Rod Serling from “Walking Distance.” “Martin Sloan, age 36, vice-president in charge of media. Successful in most things, but not in the one effort that all men try at some time in their lives — trying to go home again….”

That line from Martin’s dad echoed in my ears: “We only get one chance.”

Even though most everything has changed, I would not change anything about how or where I grew up. I no longer feel a need to go home. “Home is where the heart is.” Mine now has moved on.