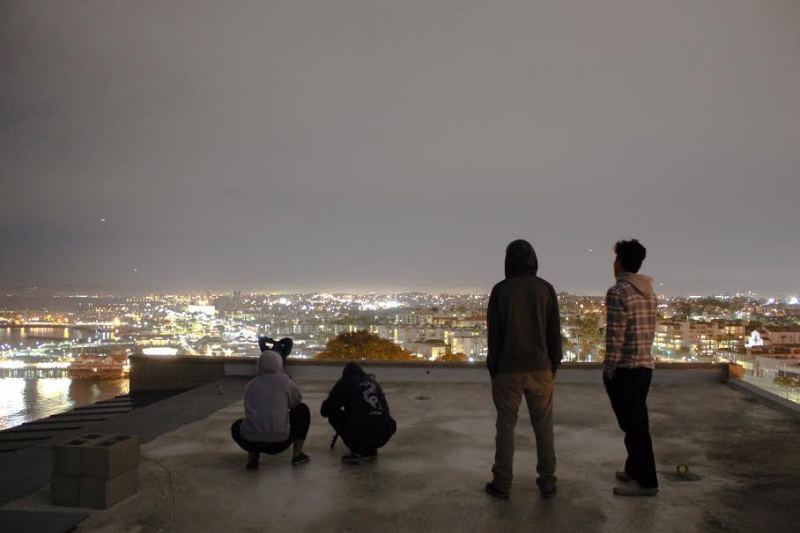 A Long Overdue Confession from 1968

On August 15, 1968, the day of my Bon Voyage Private Whalon celebration, I was 18 days away from becoming an extremely reluctant soldier in the United States Army. I had joined the Army in hopes of avoiding the draft and being sent to Vietnam as an infantry soldier. The prevailing wisdom at that time was that joining the military for three years would reduce your chances of being sent to Vietnam. Getting drafted for two years usually meant being sent to infantry training after basic training and then shipped off to the jungles of Nam. Vietnam was the absolute last place on earth I wanted to be. (For the record, in 1969, I did end up in Vietnam).

A few days earlier, while planning my “goodbye cruel world” party, a group of friends and I mulled over the perfect place where a sizable group of raucous, under aged teens could chug alcohol undetected. Lenny had lived in El Segundo for a few years growing up and recalled a secluded public park in the city with an isolated picnic area concealed by trees and bushes and conveniently tucked away from busy streets. He also described a quiet, bucolic town where they rolled up the sidewalks at 7 p.m. Although I had lived in Redondo Beach since six, I had only been to El Segundo one time in my life. Growing up in Redondo, with the quintessential beach cities of Hermosa and Manhattan nearby, taking a road trip to sleepy El Segundo never appealed to me. So, with a unanimous vote, on Saturday night 15 of my closest friends would join me to bid a fond, alcohol fueled, farewell. The thought thrilled and depressed me at the same time.

As the caravan of four cars, carrying our spirited pack, pulled into the empty parking lot, I thought this place is perfect for my “last hurrah.” It appeared to be a remote location, with dense, foliage everywhere. There were roughly 20 picnic tables spread out over a considerable grass area, complete with dim lighting. We bolted from the cars, grabbed our Styrofoam coolers packed with Boone’s Farm-Strawberry Hill and Bali Hai wine, Colt 45 Malt Liquor and a bottle of Jack Daniel’s (for the serious drinkers). Let the party rage!

During the first 30 minutes our congregation had separated into three groups, each occupying a different picnic table. I had just finished my first beer when a blinding light hit me right between my eyes. Out of nowhere seven or eight police officers appeared, shining high powered flashlights in our faces and barking out orders. “Put your hands on your heads and do not move!” While obeying the order I glanced to my left and noticed that five of my buddies had disappeared. My first thought was, crap, it’s my party and they get away…unbelievable! The cops ordered us to stand and put our hands behind our backs. They then handcuffed us, led us to the parking lot and told us to sit along the fence. I leaned over to Larry sitting next to me and optimistically whispered, “Maybe this bust will keep me out of the Army.” He didn’t respond. Eleven (one short of a Dirty Dozen) of us had been apprehended and five had vanished into the night (years afterward we would refer to their daring getaway as The Great Escape).

We Were herded into police cars and taken to the El Segundo Police Station on Main Street. We were fingerprinted, then placed in three separate cells. Soon after the doors clanked shut a police officer informed us that our parents had been notified and we would be released to them when they arrived. It was the first time any of us had been in the clink. When Lenny’s mom appeared in front of our cell she glared in my eyes and curtly demanded “Whose idea was this Pete?” I shrugged my shoulders. I couldn’t blame her for being furious. Of her four kids, three of them shared a cell with me.

I was the last suspect picked up, by my mom the next morning. She had been working a 12-hour shift at the Royalwood Convalescent Hospital and wasn’t about to take off work early to pick up her wayward son until. Consequently, I had to endure the arrival and wrath of everyone’s disapproving mother.

The next phase of my embarrassing ordeal would be the court date. I still held out a glimmer of hope that this youthful indiscretion would keep me out of the Army, however, I definitely did not want to do jail time. Several of my co-conspirators were under 18 years of age and would appear in juvenile court with their parents.

And since the consensus of the concerned parents involved appeared to be that I acted as the “ringleader”, it proved a plus to be heading to court alone.

Eight days after my arrest I appeared in a Torrance court room, prepared to plead guilty to the charge of “minor in the possession of alcohol.” I had begged my parents and threatened my friends to stay away from court and let me deal with this situation alone. When the judge barked out my name I almost threw up. “Please come forward Mr. Whalon. Have you been drinking today sir?” He flashed a wry smile. “No sir.” I blurted out. He continued, “So, you and your idiot underlings were getting drunk in a public park…please explain.” Sweat poured from my forehead and dripped onto my neatly pressed shirt. “Sir, your honor, we were having a going away party for me. I am going into the Army in 10 days” The judge interrupted, “So, Pete, you thought it would be ‘groovy’ to get drunk and create havoc before your military induction, interesting? Since you are going into the Army are you also looking forward to going to Vietnam?” No, don’t say that word, please! He continued. “Very honorable, even though you and your ignorant friends wasted lots of time for lots of people. What do you have to say in your defense, before I sentence you.” Thank God my mom wasn’t here. She’d be bawling her eyes out right now, thinking, my dear Catholic boy Peter, a criminal?  “Your honor, I am truly sorry and will never do anything like this again. It was supposed to be just a going away party.” The judge cleared his throat, “Good for you Pete, I think you might be headed in the right direction. after all. I am suspending your probation and your record will be expunged. Good luck in the Army and keep your head down in Vietnam.” Geez, enough with the Vietnam taunting already, judge. I turned and hustled out of the courtroom.

In March of 1973, while looking at the job placement board at El Camino College, I noticed a part-time position with a local city. Since I was a Physical Education major it seemed like the perfect job to get my career kick started. I called the phone number and set up an interview for the following week.

While driving to my interview I tried to calm myself. I really wanted this job. It seemed a perfect fit for my plans. I made the turn onto Sheldon Street, parked my car, got out, stepped onto the sidewalk and froze in place. In an instant, my mind raced back to that fateful night in 1968. There, just in front of me, on the other side of the short, wire fence sat the very picnic table from my big bust. Unbeknownst to me, I was applying for a job at the very scene of my crime. I hadn’t thought about that night in a long time. I jumped back in my car to clear my head. After calming down, I decided to go ahead with the interview and keep quiet about that chaotic night and hope for the best.

I did get that part-time job, and in 1978  was promoted to the full-time position of Sports Supervisor. I ended up working for the El Segundo Recreation Department for twenty-eight years. On many occasions over that span I would stroll through the area and sit on picnic table #5, the center of that 1968, police raid. I would often wonder, if I had been honest during my interview, would I have still been hired that day. During my entire career with the city I kept my mouth shut about that memorable night I spent in jail. Now I am coming clean, after forty-nine years. I understand that confession is good for the soul.