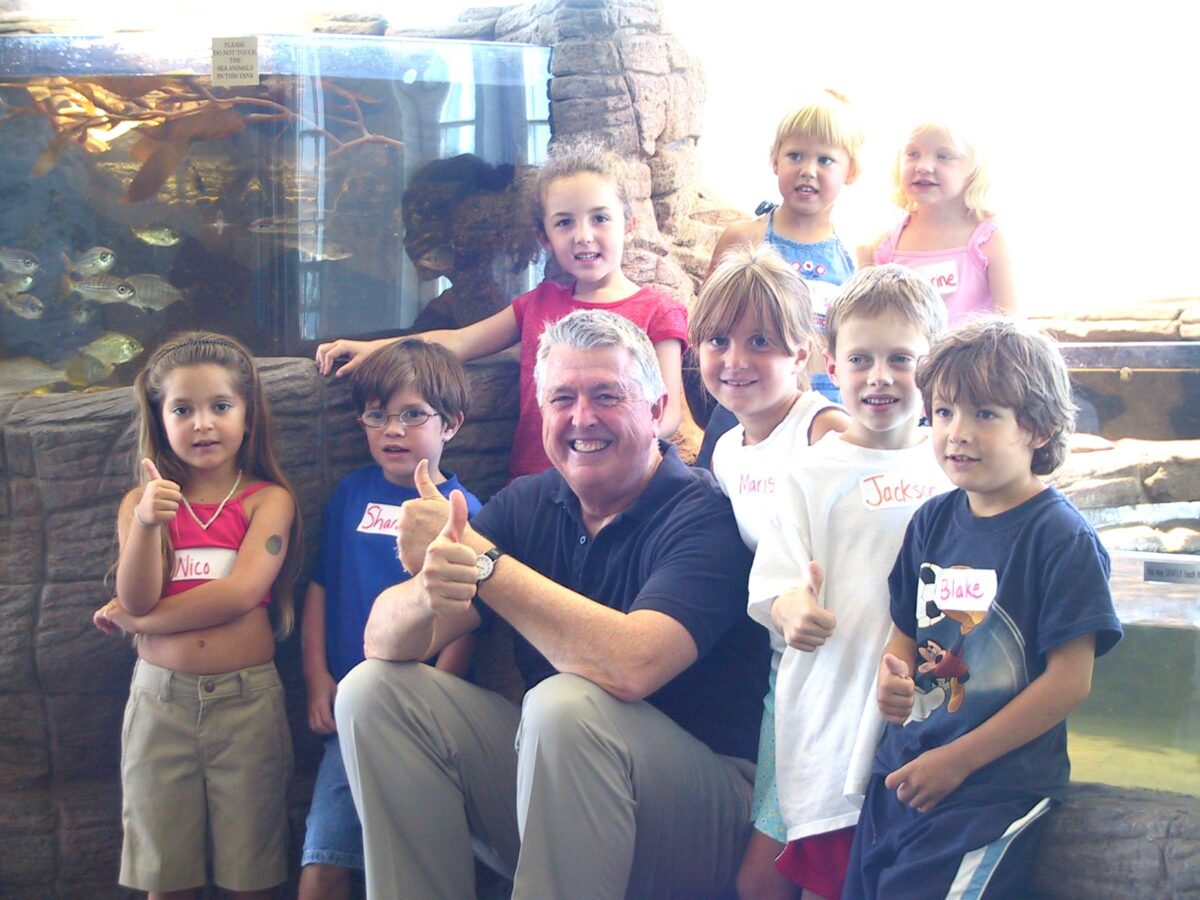 He was not yet Judge Richard Fruin back in 1979, but he was a well-respected attorney whose interests were broad enough to include the community he lived in and the ocean he lived beside.

Fruin was one of a half dozen Manhattan Beach citizens who rescued the dilapidated Roundhouse at the end of the pier from likely demolition by proposing a new and better use for the building —  as an aquarium that would serve both the community and the ocean by teaching children about the marine environment.

“We lived on the beach, and there was no local facility,” Fruin recalled. “Since I was a little kid, I was always interested in museums and aquariums.”

But turning an old, neglected building into an aquarium was no easy task. Fish were smeared on the walls and floors and the bathrooms were marred by graffiti from its days as a bait and shop. The aquarium activists cleaned it up themselves and then set about an even thornier task, which was finding a way to fund an aquarium. Fruin played a key role in this task, using his legal skills to incorporate  Oceanographic Teaching Stations (OTS) as a non-profit.

The work, Fruin said, was a labor of love.

“I was a certified scuba diver, and I just thought the undersea world was wonderful,” Fruin said. “You don’t see much marine biology on the beach, because you don’t see what’s in the water, and so you don’t really have a connection to the live environment of the beach. So I thought it was a wonderful thing to do.”

As his colleague, Superior Court Judge David Sotello, wrote this year in nominating Fruin for the California Judicial Association’s Alba Witkin Humanitarian Award, this action allowed the aquarium activists ”to take possession of a derelict building on the Manhattan Beach Pier and to convert it to serve as an over-the-ocean teaching aquarium.”

The Alba Witkin Award is an unusual honor within the legal field in that it recognizes judges not only for their work on the bench, but in the communities in which they live. Fruin, who has served as Los Angeles Superior Court Judge since 1995, was awarded the Alba Witkin Award this year due to his four decades of involvement with the Roundhouse Aquarium. As Sotello noted in his nomination, in the two decades since Fruin became a judge, his dedication to the Roundhouse has not wavered. He has served on the OTS board of directors (and chaired its governance committee), and been part of changes that have included hiring educators as full-time employees (rather than contractors) at the Roundhouse Aquarium, creating an outreach program with a van to teach classes at inner-city schools, overseeing the massive technological modernization made possible by the Harrison Greenberg Foundation, and, during the pandemic, establishing online learning programs that now extend the reach of OTS as far as India.

“Dick’s nomination is intended to recognize that judges need not withdraw from community life upon taking the bench,” Sotello wrote. “Judges often have skills that can be used collaboratively to support community activities. Judges cannot participate in fund-raising, but apart from that, judges can fully participate in projects that improve our communities and schools.”

“Judge Fruin’s involvement in OTS is quite significant to the establishment of the Roundhouse Aquarium,” said Grace Adams, the executive director of the Roundhouse Aquarium Teaching Center. “We are fortunate that he continues to serve on the board as we carry out the organization’s mission of promoting the study of tidelands, beaches and ocean in southern California, a mission he helped shape in the earlier years.”

“Working with Dick has been an honor,” said Michael Greenberg, Skechers president and founder of the Harrison Greenberg Foundation. “Dick has been a major contributor to the Roundhouse since cofounding the aquarium in 1979. Dick’s passion for the aquarium shows through his continued involvement and contributions. I want to personally thank Dick for his hard work and dedication over the years.”

Fruin said he was grateful for the Witkin award, but more than anything proud of what the Roundhouse Aquarium Teaching Center has become.

“It has grown and evolved,” Fruin said. “It’s also become an institution, but  it’s appropriate. You know, it’s right there over the ocean. It’s a window to the marine environment that not many people know about.”

The Witkin Award carries special meaning to the judge for reasons beyond its prestige. The award includes a monetary component, $1,000, which Fruin is contributing to the Roundhouse Aquarium. But Fruin also knew Alba Witkin, a pioneering civil rights activist and philanthropist who was married to Bernard Witkin, whose 71-volume treatise on California law made him a legend among legal scholars. Fruin, had a peripatetic childhood as a self-described “Navy brat.” He lived in 20 different places before coming to California in 1962 to attend the UC Berkeley School of Law. The Witkins were longtime Berkeley residents, and impossible to miss within the legal community at UC Berkeley. Fruin moved to Manhattan Beach in 1970 with his wife, raised two children, and has lived there ever since. So the award honoring his service to what has become a local institution also marks his devotion to the community in which Fruin established his deepest roots.

“What I particularly liked about the aquarium, apart from marine education, is that it is a community institution,” he said. “I think communities should look for opportunities to promote the value of the place in which they live, and to educate about the place in which they live, and to get people from the community, not necessarily those involved in government, to contribute their time and other resources in making the community more viable and more enjoyable. Communities have resources that can be shared and enjoyed by everyone, and we should be making efforts to accomplish that.” ER