Second coming for Second City: the resurgence of a signature El Segundo restaurant 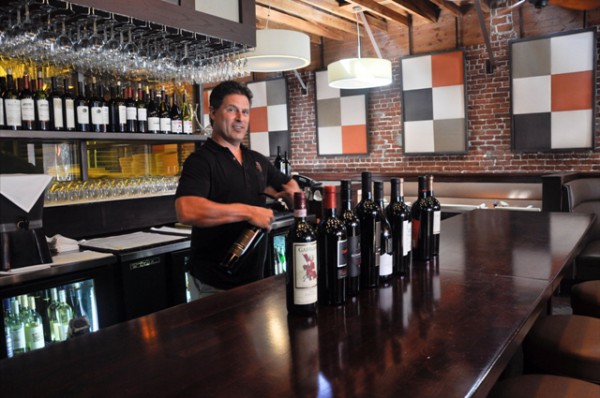 Restaurants are volatile things, and when one manages to remain both consistent and creative it is a marvel. The loss of a pivotal staff member, or worse, burnout on the part of someone who stays, can destroy the delicate balance. Restaurants that start out aiming high often go down one of two roads; they retreat to a fixed menu they can produce consistently, or they go through phases when the food and service are unreliable.

When Second City opened in El Segundo almost a decade ago, it was like an earthquake hit the sleepy local dining scene. In my review of the place in 2004, I remarked on the wide-ranging menu that combined Americana and Pacific Rim ideas and mused that instead of locals going to Manhattan Beach for dinner, the traffic might now run in the other direction. The restaurant had a hot streak for a long time, but in 2011 they hit a rough patch – the original chef departed, and her replacement was not up to the challenge of executing the ambitious menu. More recently I heard reports that the place was on an upswing and decided it was time for a reassessment.

The menu and décor had both changed since my previous visit; the brick walls are now accented with large squares of earth tones, and wide cylindrical lamps dominate the room. The interior design is now abstract where it used to evoke Americana, but it is actually relaxing. The menu is much smaller than it used to be, the items less complex; steaks, roasted salmon, and fish and chips have all been held over from the old menu, but the lamb, stuffed trout, and other old favorites are gone. There are a few new items – I don’t remember seeing jambalaya or the bistro fried chicken before – and specials like duck pasta with portobello mushrooms and a pork chop with mustard sauce over squash polenta looked promising.

Our server, Perry, was enthusiastic about the food and knowledgeable regarding the wine list; we had decided to have glasses of white to start and share a bottle of red, and he helped us choose wines that would suit the items we ordered. We couldn’t help but notice that he had no backup; he seemed to be the only one serving the restaurant on a Saturday night, and it took some time for us to get our requested waters.

The starters we ordered on this trip were the same ones we had in 2004 – not something I planned, but they had sounded good then and still do now. The two crab cakes had plenty of fresh shellfish flavor, and the zingy roasted pepper remoulade suited them very well. The portion wasn’t huge – two medium sized crab cakes with a few leaves of salad – but the quality made it worthwhile. As for the house salad of mixed greens with gorgonzola, pear poached in red wine, and candied walnuts, it was not wildly innovative but perfectly composed. We ordered the large portion to split between three people, and it was about right; we might have wished for a bit more, but we still had plenty of room for dinner. The salad was served with a dense brown bread that was acceptable but nothing special; at the price point here, something better might be expected.

Our starters finished, we waited for dinner…and waited, and waited. I looked in the kitchen and noticed that only one person was working there on a Saturday night, which may have explained the problem. Given that the restaurant was mostly empty during our visit, we had to wonder what would have happened had a large party shown up. When we flagged down Perry, he was very apologetic and promised to make an adjustment on our bill, but we were still unhappy that it took well over an hour from the time we ordered until our food arrived.

Two out of three dishes were actually worth the wait. I ordered a daily special of a pork chop with mustard sauce over butternut squash polenta with green beans on the side, and it was delicious. The thick-cut chop was perfectly done and tender, the wholegrain mustard sauce a tangy counterpoint. I thought the butternut squash was an odd choice given that it’s a fall flavor, but couldn’t argue with the way it complemented the corn taste of the polenta.

My wife’s pulled duck and portobello mushroom pasta was also a hit, the sauce enlivened by green onion and bits of what appeared to be leek. The surprising misstep of the evening was in a dish that was touted as one of the best on the menu, the bistro fried chicken, actually a single pounded breast that had been marinated overnight in buttermilk, then fried and baked. Part of the problem was that the chicken was very salty, part was with the choice of how it was presented. The chicken was laid over a bed of watermelon salad that was so moist that it immediately started soaking the crisp crust that is this entree’s claim to fame. Being perched above watermelon cubes also made the chicken difficult to cut without pushing the fruit to the side, awkward when the plate was filled end to end with salad. The idea of combining the chicken with the watermelon was sound – a modern take on a favorite Southern combination – but this presentation just didn’t work.

Perry had recommended a Taz Pinot Noir with our meal, and it was an excellent choice, bright berry flavors and spice complementing all three meals. Pinot Noir is said to be the skeleton key to the human palate, and this certainly unlocked ours.

For dessert we decided to share an order of homemade cannoli and Perry offered glasses of Four Vines zinfandel port. The cannoli were surprisingly good, four small crisp pastry tubes that tasted of cinnamon filled with sweet mascarpone cheese, with whipped cream and strawberries on the side. The zinfandel port was a fine accompaniment, a non-traditional dessert wine with a slightly lower alcohol content, a sweet and rich way to finish the meal.

Our meal for three was $140, after discount and the free desserts which were given as compensation for our wait. We departed with mixed feelings; the restaurant is obviously in a rebuilding phase and the generally well-executed meals were good, but the understaffing negatively affected our experience. I hope that Second City continues to improve, and the restaurant that brought American modern style to El Segundo can blossom again.