“Fare” is a cinematic ride 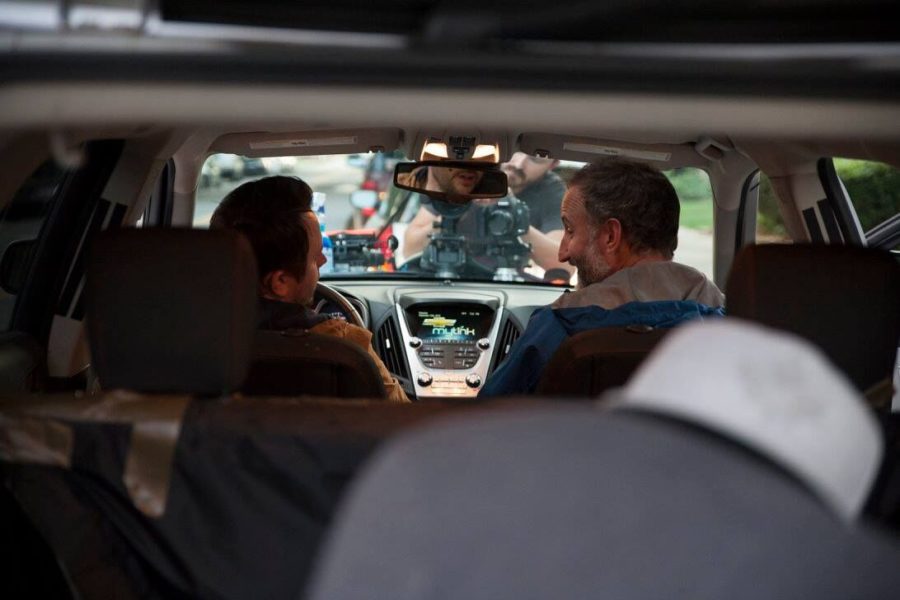 Thomas Torrey’s “Fare” as it was being filmed. Photo courtesy of Bad Theology Pictures

Among the many films screening this coming week during the “South Bay Film & Music Festival” is one out of Charlotte, North Carolina, called “Fare.” Screening on Thursday, June 2, at 9:45 p.m. in the Hermosa Beach Community Theater, the picture was written and directed by Thomas Torrey. Nearly all of it was filmed from inside a moving car during three days in September, with some pick-ups and reshoots during one day a few weeks later. Justin Moretto, Torrey’s producing partner, got it financed. “Fare” is also the first feature from Bad Theology Pictures, which was founded last year to produce, as Torrey says, “a slate of low budget dramas and thrillers that were bold, meaningful, and would appeal to an artistically-minded audience.”

“Fare” wasn’t originally planned to be Bad Theology’s first release, but after realizing that their preferred project was going to be more expensive than they’d hoped, Torrey and Moretto went with a feature that required fewer people and only a couple of days.

“So ‘Fare’ really began from that utilitarian spirit,” Torrey says via email. “From there we backed into the idea of an Uber-type driver who finds himself driving the man who is secretly sleeping with his wife. If we limited ourselves to a few characters, and if the camera never leaves the car, we knew we could do this for what we had in the bank, and in less than a week’s time. The script was written in less than a week, and we were shooting a month later.

“We just dived in, not giving ourselves any time to second-guess it. We also made some bold and experimental choices with the story, twists that I won’t give away here. It was exciting to make these choices and we genuinely had no idea if they would work artistically. But we knew being bold was the only way to maybe stand out from the noise, and we may have not had the balls to take these risks on a more expensive feature.”

The story was carefully scripted and rehearsed beforehand, Torrey points out.

“We knew the only way we could pull this off was to take as many time-consuming variables out of the shooting equation. This includes a lot of the performance process, which we largely took care of before shooting began. I cast several local actors who I had worked with in the past and we spent four full days in rehearsal. This was our time to get off book, explore the characters and make performance choices. When we showed up to shoot, all of that work was already done so we were able to just blow through pages. 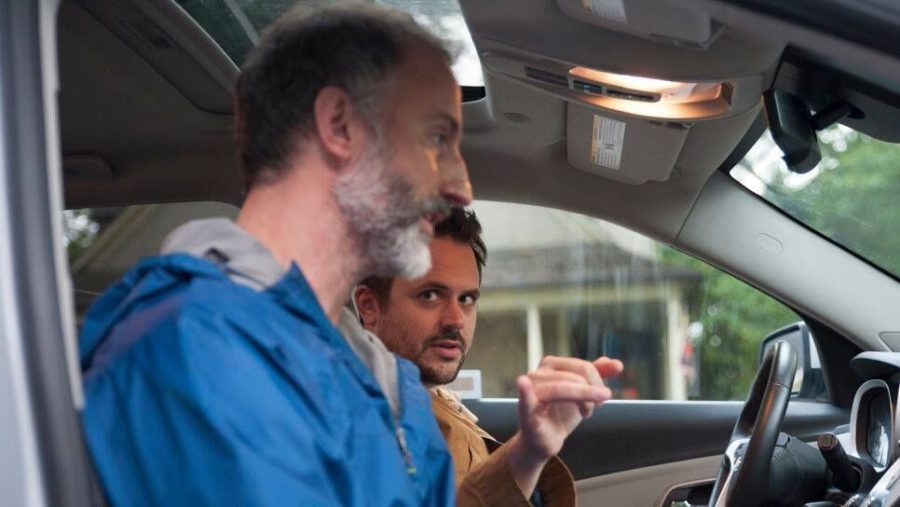 “We shot with three DSLR cameras all running at the same time, all suction-mounted around the car. So, once we hit record, we could go through 20 to 30 pages of dialog in a single take, which would net us three angles. Afterwards, we’d stop, swap out another three angles, and do the same pages again. I would just circle downtown Charlotte, driving in real traffic. If the actors ever forgot a line, our sound man was in the rear back seat under a blanket, and he’d have the script and just call out the line.

There were challenges, shooting in a moving vehicle.

“Professional films shoot car scenes on a process trailer or in a studio for a reason,” Torrey says. “It was very difficult to drive in real traffic, often with a camera creating some sort of blind spot for me as I drove. We didn’t have any safety issues, thankfully, and we tested the idea to make sure it was doable, long before we got cast or crew in the car. But the unpredictability of shooting a moving car in real traffic presented endless continuity issues that were a bear to edit around.

“Lighting and recording were also a huge challenge that we spent a few weeks beforehand figuring out. We were happy with our ability to light the characters using fairly cheap LED lights that you can get at the hardware store or Amazon. But moving cars are notoriously hard to get good audio in. But thanks to our dream team of RC and Geoff Walker — brothers who were our DP/sound/grip crew — we got what we needed. ‘Fare’’s success owes an enormous debt to those guys.”