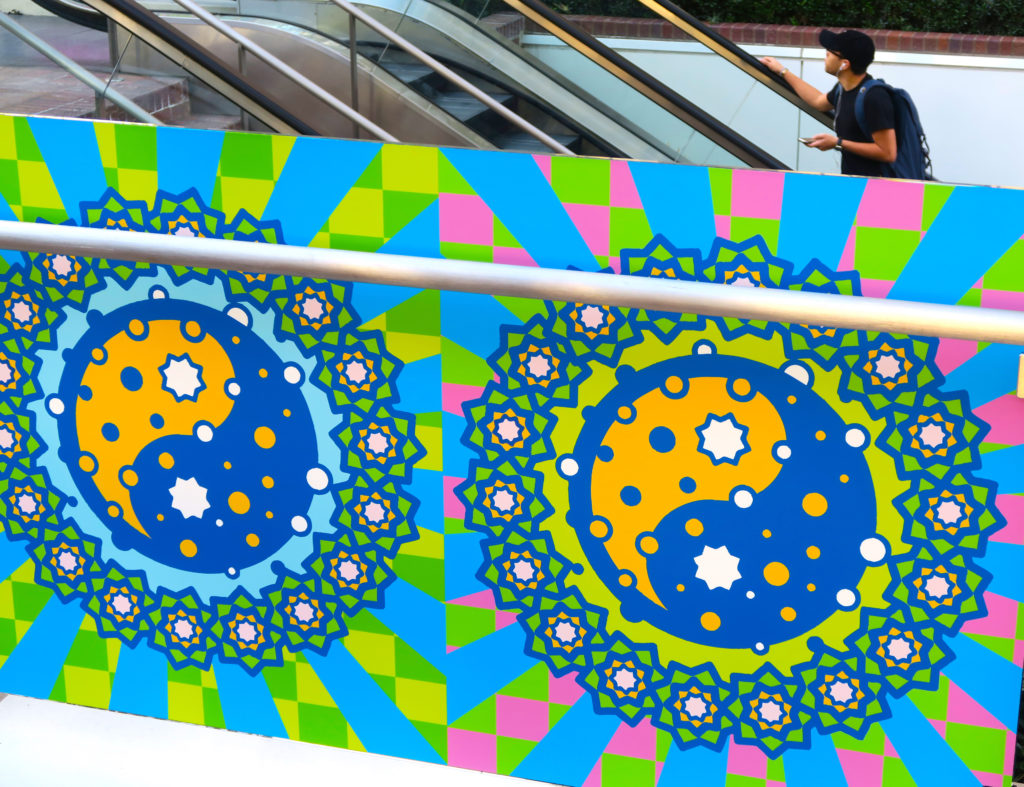 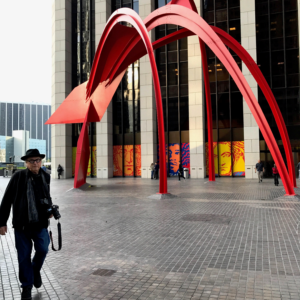 John Van Hamersveld with his large-scale prints of Mozart, Lennon, Hendrix and Beethoven at the Bank of America Plaza on Bunker Hill

It’s not only been an endless summer, it’s been an endless career for PV resident John Van Hamersveld, whose vibrant pop art imagery has been on view in Hermosa Beach (the mural on 14th St.) and in Manhattan Beach (last year’s “JVH:D&A” art show), and now it’s brightening up the plazas and skyscrapers of downtown Los Angeles.

Presented by Arts Brookfield, “Signs of Life” is a large-scale installation, in two locations, FIGat7th (735 Figueroa St.) and the Bank of America Plaza on Bunker Hill (333 S. Hope St.). The former is largely comprised of colorful vinyl panels that adorn the fencing above the newly-opened shopping complex, and the latter consists of blown-up portraits of Mozart, Beethoven, John Lennon and Jimi Hendrix, placed in windows facing Hope St. and the Walt Disney Concert Hall.

The Feb. 10 Psychedelic Valentine’s Day Love-in & Happy Hour was dampened somewhat by a steady downpour, but headphones were handed out to attendees who could then walk (or dance) around the sheltered parts of the lower courtyard to the frenetic beat of their choice. 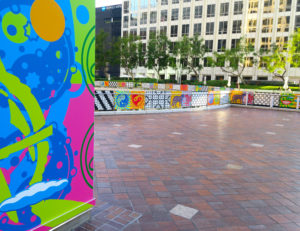 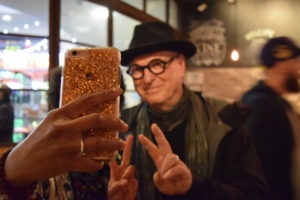 Inside, away from the rain, John Van Hamersveld is sought out by admirers and friends. Photo by Bondo Wyszpolski

Presumably better weather will serenade the members of the Los Angeles Chamber Orchestra who’ll in turn be serenading listeners during “Lunch with LACO,” taking place from 12 noon to 1 p.m. on Feb. 10, March 10 and 24 (during the weekly Bunker Hill Farmers’ Market), on the Bank of America Plaza. They’ll be performing music by, you guessed it, Mozart, Beethoven, John Lennon and Jimi Hendrix.

“Signs of Life” harks back to the pop art of the mid-1960s and yet seems to be thoroughly in sync with the here and now. John Van Hamersveld has racked up another success. The work is up through March 31. More at ArtsBrookfield.com/signs-of-life. ER