Greening too much of a good thing, council finds 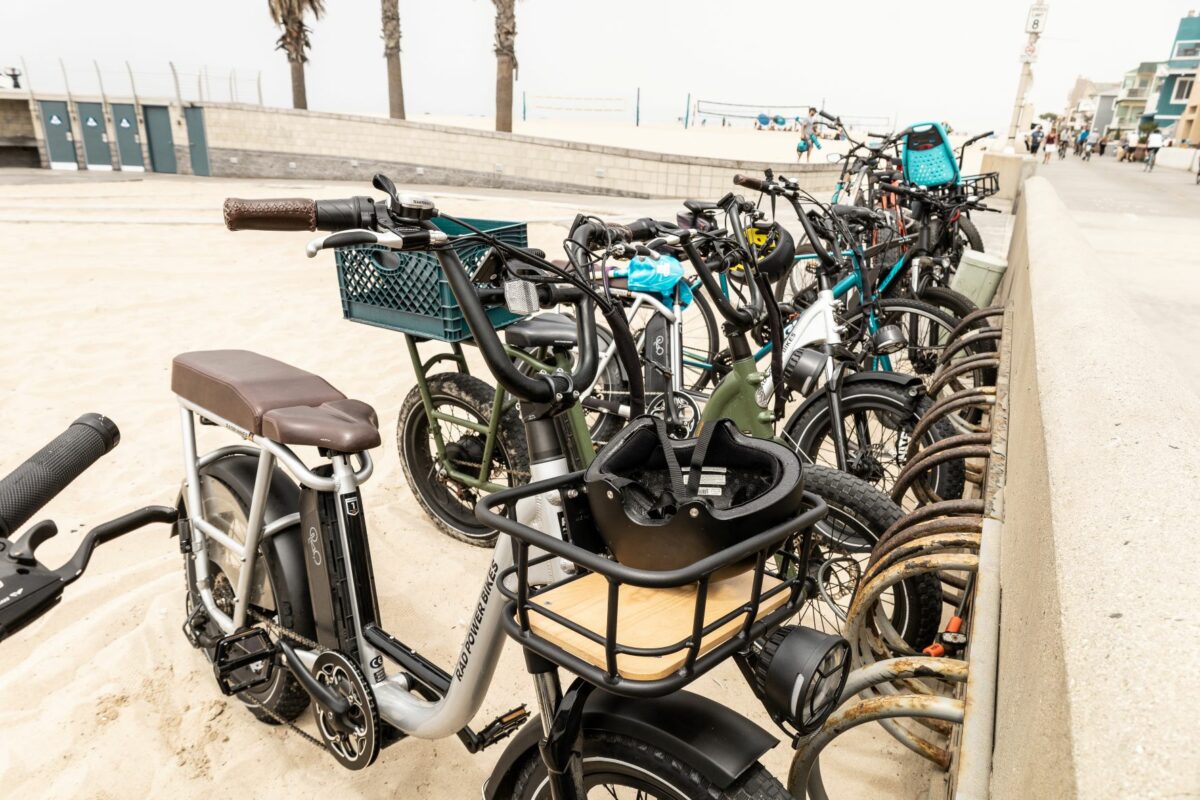 Hermosa Beach has installed bike racks on the sand side of The Strand wall to accommodate bike riding beach goers. Photo by Kevin  Cody

During a party last month for Hermosa’s newly elected council members, a Strand resident complained to Police Chief Paul LeBaron that e-bikes riders speeding on The Strand aren’t being cited. “Not true,” another Strand resident who overheard the remark said. He complained he had recently been cited.

E-bikes are perceived as both liberating (free parking, anywhere), and a menace (10-year-olds riding two to a bike, with no helmets, blowing through stop signs).

Chief LeBaron acknowledges e-bikes, because of their speed, are more dangerous than pedal bikes. But during a December 13 report to the city council, he said data shows e-bikes to be less dangerous than popularly perceived.

Of the 15 bike accidents reported through October of this year, only four involved e-bikes. None of the four resulted in serious injury, he said.

Their growing popularity is evident from the fact that there are more Hermosa shops selling e-bikes than there are selling surfboards.

If nothing else, the program should end complaints about e-bikes speeding on The Strand. The engineering leg of Bike Smart Hermosa calls for barriers on The Strand at 11th and 14th streets that will force riders to stop and walk.

Hermosa Beach’s effort to combat climate change by encouraging residents to drive electric vehicles became a victim of its own success in 2022.

For the past decade, the city has offered electric vehicle owners free charging at city charging stations, free parking at most parking meters, and free residential parking permits. In November the council voted to eliminate the incentives.

Today, 1,100 of the 13,500 vehicles (8 percent) registered in Hermosa Beach are electric, according to a report prepared for the council by Enviornmenal Programs Manager Doug Krauss. Statewide, electric vehicles represent 18 percent of new car sales, (versus six percent nationwide, and 80 percent in Norway).