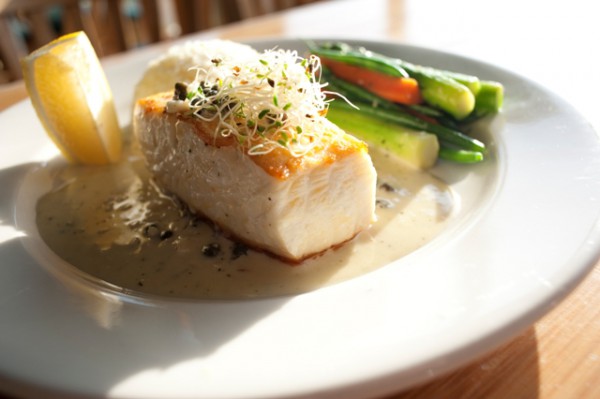 The halibut at Halibut Corner on International Board Walk in Redondo Beach. Photo by Chelsea Sektnan.

Fusion cooking has become such a part of the American mainstream that we don’t even hesitate at the idea of a Korean short rib burrito. We approach hyphenated restaurants in a cheerfully adventurous mood, interested to see how cuisines combine.

Occasionally we are in for a surprise, and the restaurant actually serves faithful renditions of two unrelated cuisines. I fondly remember a Japanese and Greek café in Seattle where you could get a souvlaki gyro with Japanese pickles on the side. You couldn’t get the pickles on the souvlaki – the Greek cook and his Japanese wife were adamant that the two should not be combined – but both were concurrently available.

This is akin to the situation at Halibut Corner, the café at the north end of the Redondo Boardwalk that offers Vietnamese and Mexican food. They don’t offer a fusion – no Vietnamexican cuisine here, as interesting as it is to think of a carnitas summer roll. Owner Anthony Pham bought a Mexican seafood restaurant with the unlikely name of Lou-E-Luey’s and kept serving the fare that the location had been noted for, but gradually introducing items that reflect his skills at Vietnamese and French cooking.

Our first visit was on Monday, a quiet day at most places, and we were surprised to see every seat filled. While we waited for a table we found out why – they have half-price specials on appetizers that day, and spring rolls, enchiladas, and sliders were on almost every table. The Vietnamese-style eggrolls looked good, so we ordered them along with crabcakes, not an item on the specials list but always a good test of a kitchen. The two crabcakes were large and good but not exceptional. They had been breaded and had the crisp crust and moist interior that you get from deep-frying rather than pan-frying, and tasted like they had been made with Dungeness crab. I prefer pan-fried crabcakes, but the mango salsa topping and prettily presented salad with this made it worthwhile. The eggrolls were freshly made and arrived so hot that we had to wait for them to cool, a tribute to the good service in a packed establishment. 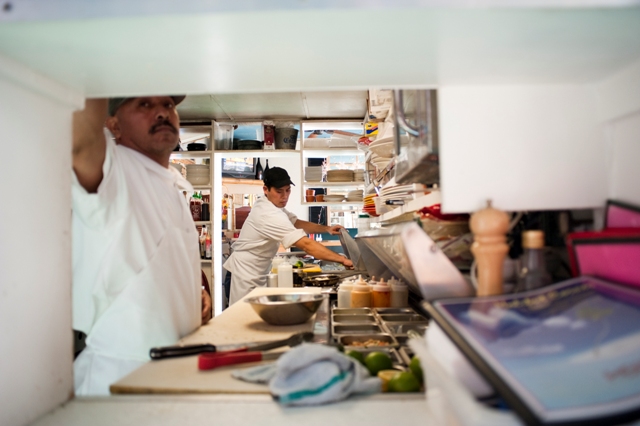 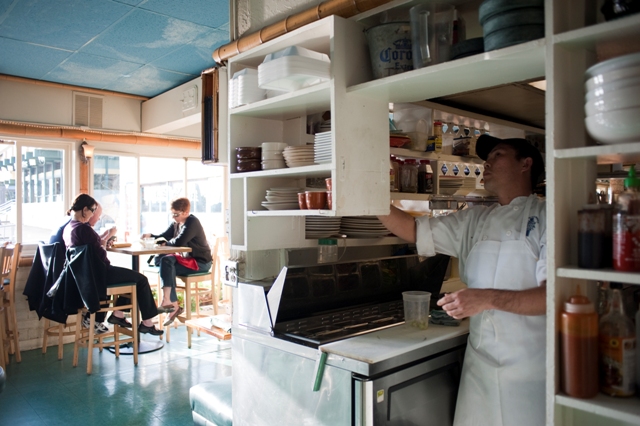 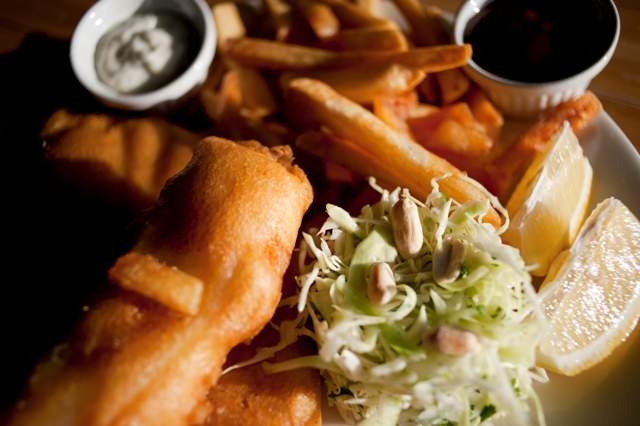 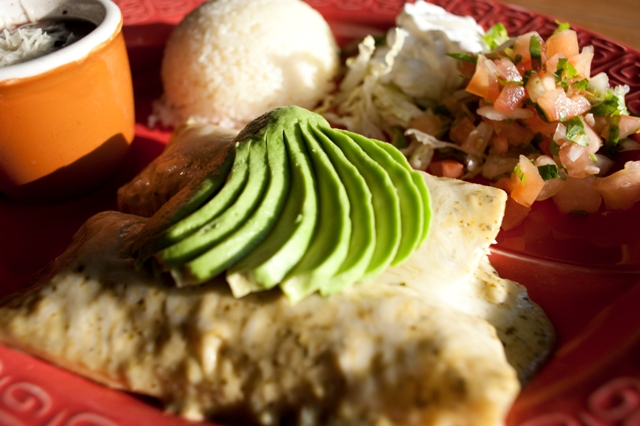 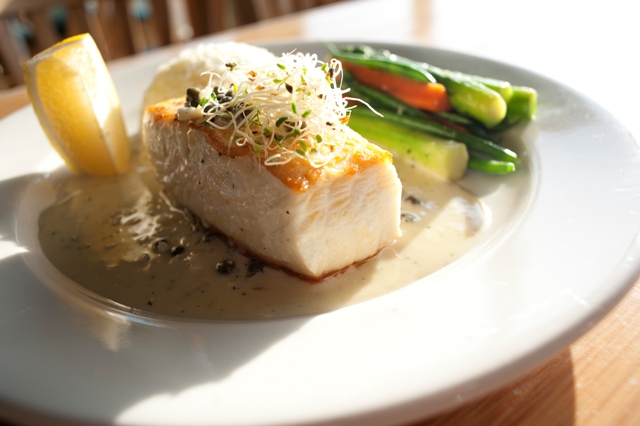 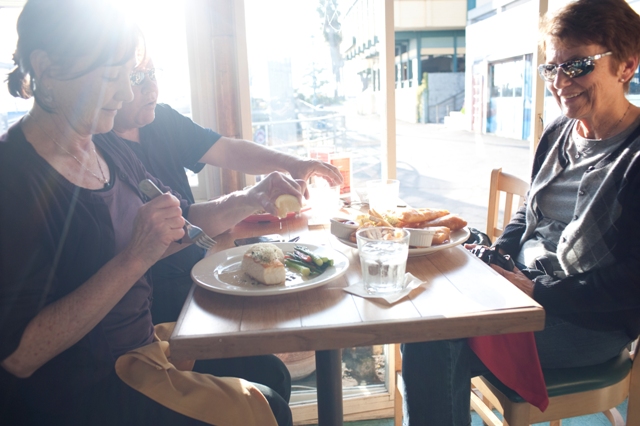 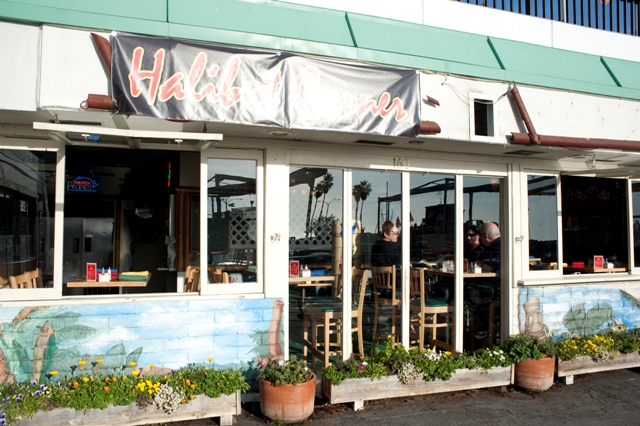 We were in a seafood restaurant so two of us decided to focus on fish with main courses of blackened salmon with mango salsa and something called Boardwalk Scallops, which were pan-seared and topped with leeks and bacon in a white wine cream sauce. The salmon was very nicely done in a mild Cajun spice mix that had enough pepper to make things zippy but not overwhelm the fish. Still, the star of the meal was the scallops, four plump medallions of shellfish in a rich, fragrant sauce. Along with the rice cooked in a chicken stock and vegetables, this was true to French tradition, a full meal in fine style.

The third person at our table decided to test the Vietnamese and Mexican selections with a bowl of pho soup and a seafood enchilada. The pho was made with chicken broth rather than the usual beef, which gave it a milder flavor and pale appearance, and had mild overtones of star anise and five-spice mix – not as peppery as you would get in most Vietnamese neighborhood places, but good on its own merits, a traditional chicken noodle soup with Asian sophistication. We were less enchanted with the crab enchilada, the only item of our meal that tipped from mild to bland – the sauce needed a little more zip to hit the mark for Mexican flavors.

We liked the meal so much that we went again later in the week, finding the restaurant somewhat quieter on a Thursday. This time we started with baked clams oreganata (baked in shell with oregano, parmesan, and bread crumbs) and a house special salad. The clams were slightly out of balance as delivered, tasting more of the parmesan and oregano than clam, but a spritz of lemon juice improved matters. They weren’t bad, but I liked the other starters I’ve had here more. The salad was much better, greens with pecans, crumbled blue cheese, and cranberries wrapped in a long shaving of cucumber, a tasty and impressive presentation.

In a place called Halibut Corner, we had to have halibut as one of the main courses, and it was a good choice. The nicely grilled fish was topped with a lemon caper beurre blanc with a dusting of herbs and alfalfa sprouts, served with a choice of rice or potato and vegetables. Our other orders were fish and chips – a massive portion in a crisp batter, served with a small salad – and a steak Bordelaise. The steak was properly cooked and topped with fresh mushrooms and carrot shards but the sauce was rather thin for a Bordelaise, which I mentioned to our server when she came by to see how we were doing. A few minutes later the chef came from the kitchen with a portion of thicker sauce, explaining that some diners thought the traditional sauce overpowered the meat. I appreciated that our server had forwarded the message and the chef responded – there are plenty of places where the message wouldn’t have been passed, much less acted upon so promptly. I can see how those who prefer the flavor of the meat with just a mild sauce might like the first version, but my expectations were for the traditional preparation and they were eventually met quite nicely.

As on our first experience, we left very satisfied and with our wallets not greatly lightened – the most expensive main course here is $20, and many are less. You can spend some money if you explore the wine list in depth, which we did: the Babich unoaked Chardonnay suited the seafood well, as did a Murphy-Goode Sauvignon Blanc that is available but not on the menu.

Halibut Corner serves a quirky menu in a hideaway location, and most locals don’t know it exists. They should, because this place has heart and deserves to become a local institution.

Halibut Corner is at 160 International Boardwalk, between Delzano’s and Naja’s. Open daily for dinner until 10 PM, breakfast and lunch on weekends. Wheelchair access poor due to tall tables, beer and wine served, validation for parking in pier structure. Website at halibutcorner.com, phone 310-937-7044.