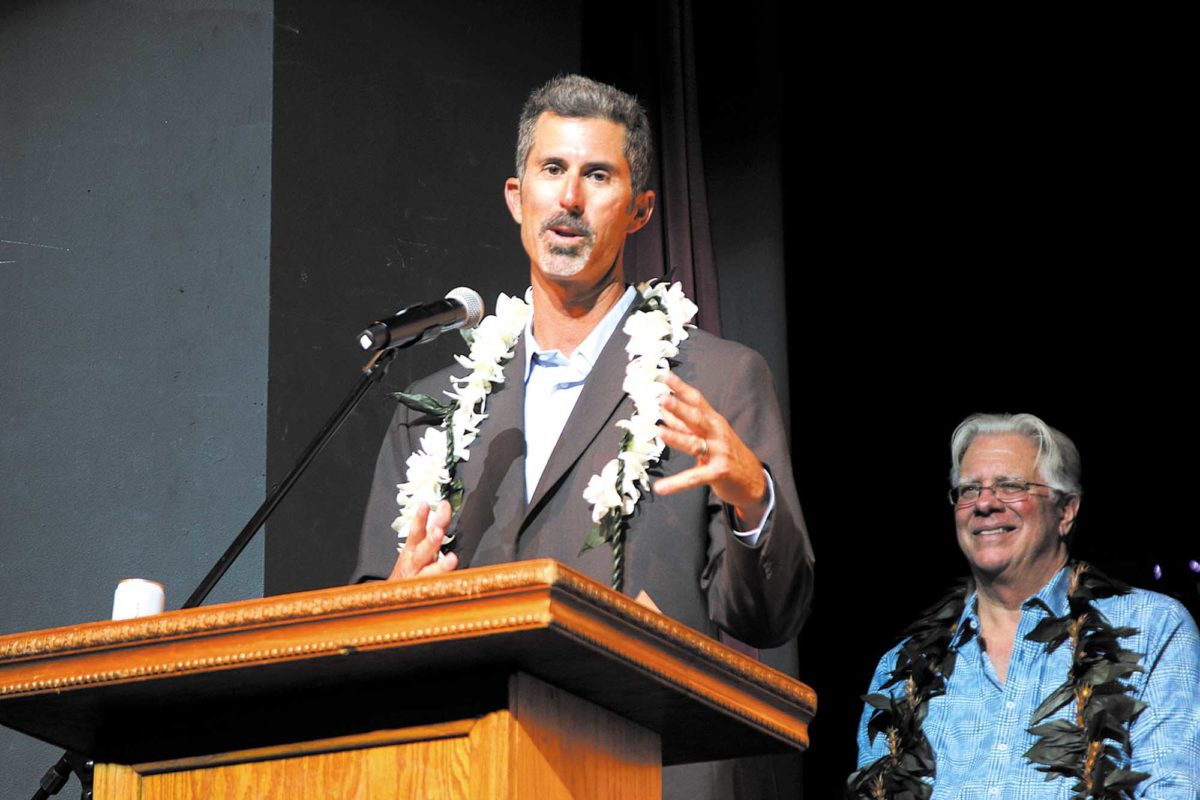 In the summer of 1930, Paul “Pablo” Johnson grew tired of waiting for 12 players to show up for a six on six beach volleyball game at the Santa Monica Beach Club. So, he proposed to the four who had shown up that they play two on two. That game

An onscreen tribute to Johnson as the founding father of beach volleyball opened the California Beach Volleyball Association 2019 Hall of Fame ceremonies Saturday evening at the Hermosa Beach Community Center.

The tribute set the theme for what emcee Jim Arico describes each year as a “gathering of the tribe.” It’s doubtful any other professional sports awards ceremony pays as much respect to the sport’s lineage. 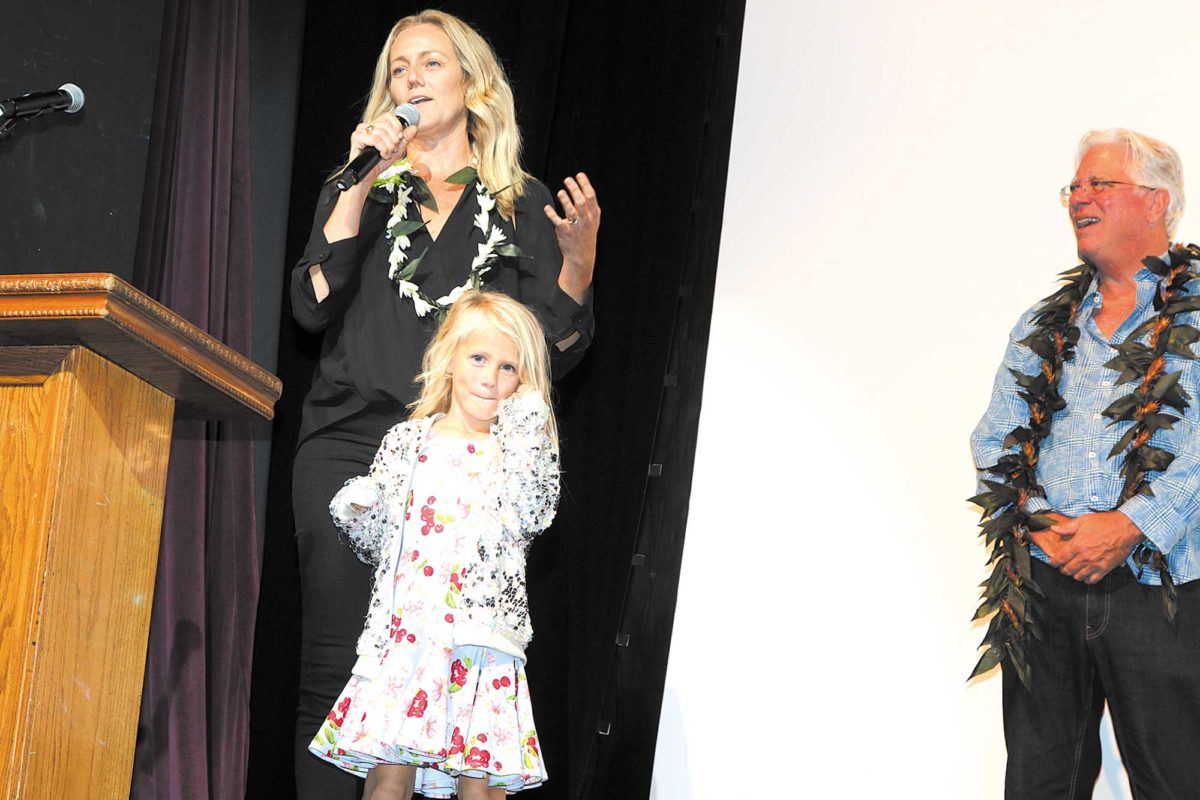 Hall of Fame Inductee Jen Kessy, with daughter Aila, recalls being inspired by woman Olympians who preceded her, including Barbra Fontana and Holly McPeak.

Rogers’ knowledge of the game earned him the nickname “Professor.” Upon his retirement, he began passing on his knowledge as coach of the Cal Poly beach volleyball team. The year prior to his arrival, the school finished 12-11. The year after his arrival, Cal Poly won the NCAA Championship.

London Olympics silver medalist Jennifer Kessy, the evening’s other Hall of Fame inductee, recalled being “recruited off the blacktop in 8th grade” by a South Coast Volleyball Club coach in San Juan Capistrano, and being inspired by players such as Karch Kiraly and Adam Johnson. Kiraly won beach volleyball’s first Olympic gold medal with Kent Steffes at the 1996 Atlanta Olympics.