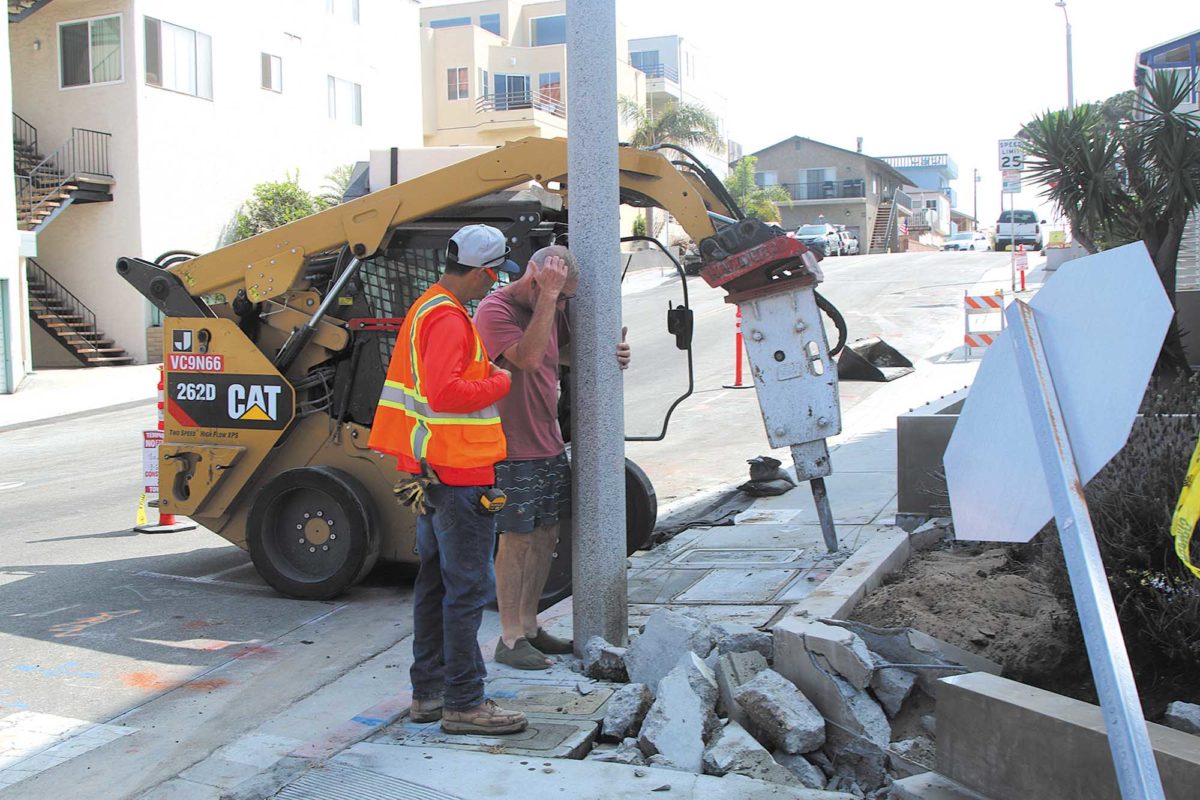 Ira Lee-Leviten scratches his head as a worker explains why he took a jackhammer to the planter in front of Lee-Leviten’s home at 8th Street and Monterey Blvd. in Hermosa Beach. The homeowner said he received a city permit for the planter five years ago. The city removed encroachments up and down 8th Street to make way for a sidewalk. Photo by Kevin Cody

A sidewalk runs through it

New sidewalks on either side of 8th Street, between Hermosa Avenue and Valley Drive have neared completion. The project was approved in 2016 at a project cost of $1 million. The work was intended to make 8th Street compliant with the American with Disabilities Act.

Not all residents are happy with the new, 4.5-foot wide sidewalks because they run through property previously used by residents as patios and for parking.

The work required wrapping the sidewalks around power poles and trees, including a Canary Island Date Palm just east of Hermosa Avenue. The tree previously forced pedestrians to walk into the street to pass.

Two trees, a Eucalyptus and an Italian Stone Pine, had to be removed.

Many of the residents had city approval for the patios and planters. But as City Attorney Michael Jenkins pointed out when the project was approved in 2016, “It’s city property. It is always available for city use. People build on it knowing the city could someday take it back,” Jenkins said. 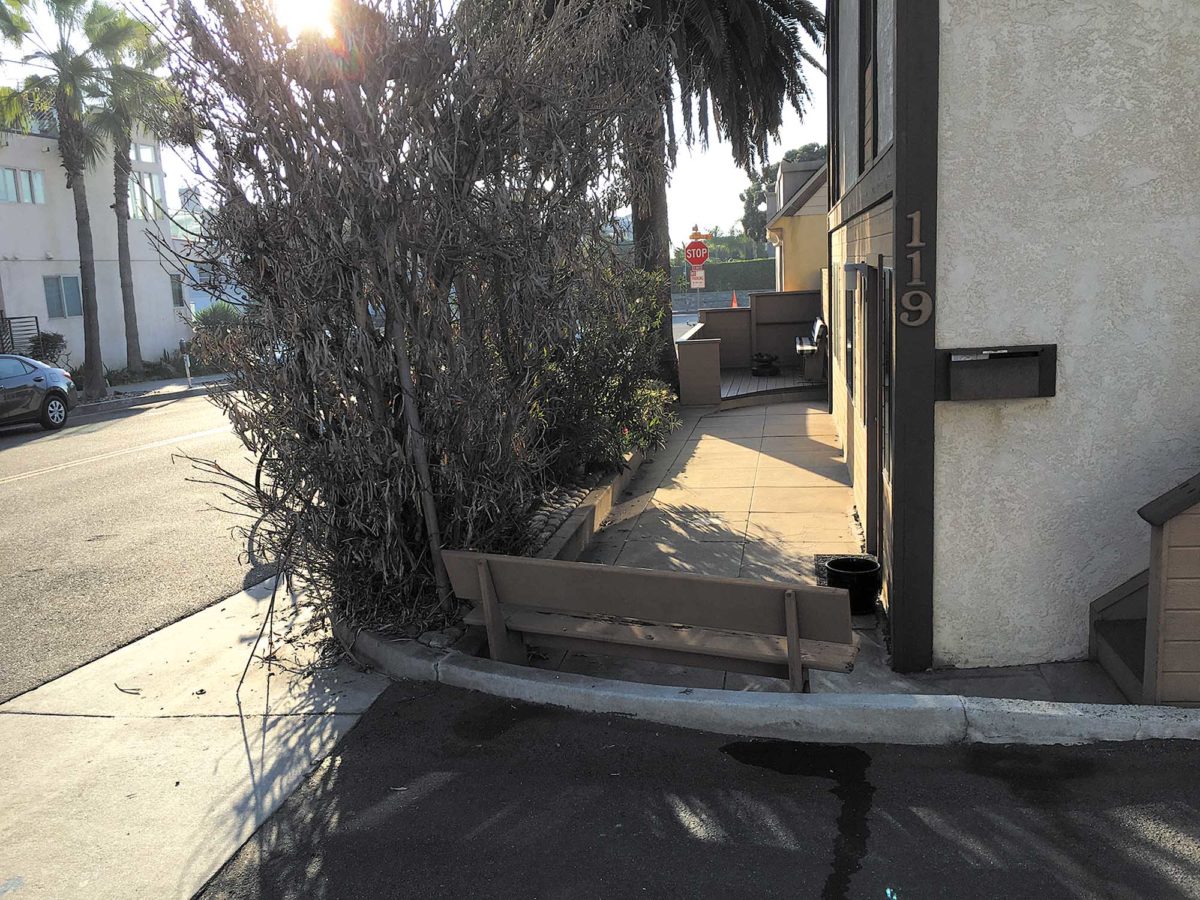 This patio at 119 8th Street was removed to make way for the new sidewalk.  Photo by Ryan McDonald