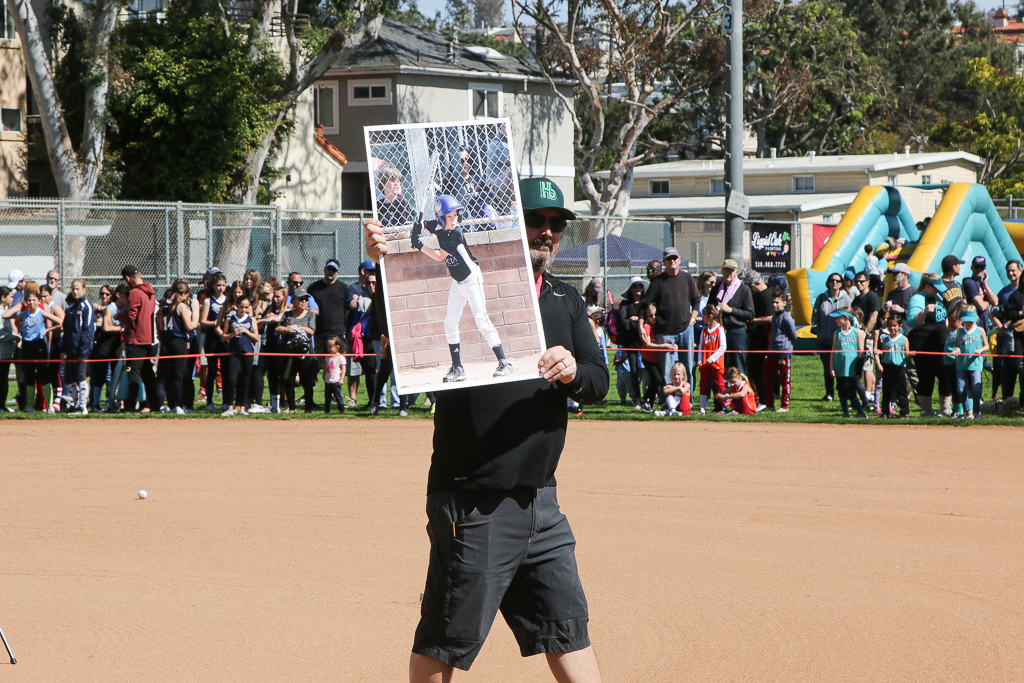 Goodwin was described by his former coach Travis Synder as an undersized, overachieving ball player who distinguished himself by his hustle. Goodwin died April 13, 2017, from an abdominal injury incurred when he hit a tree stump skiing at Breckenridge Ski Resort in Colorado. He was 13 years old and had been wearing a helmet. 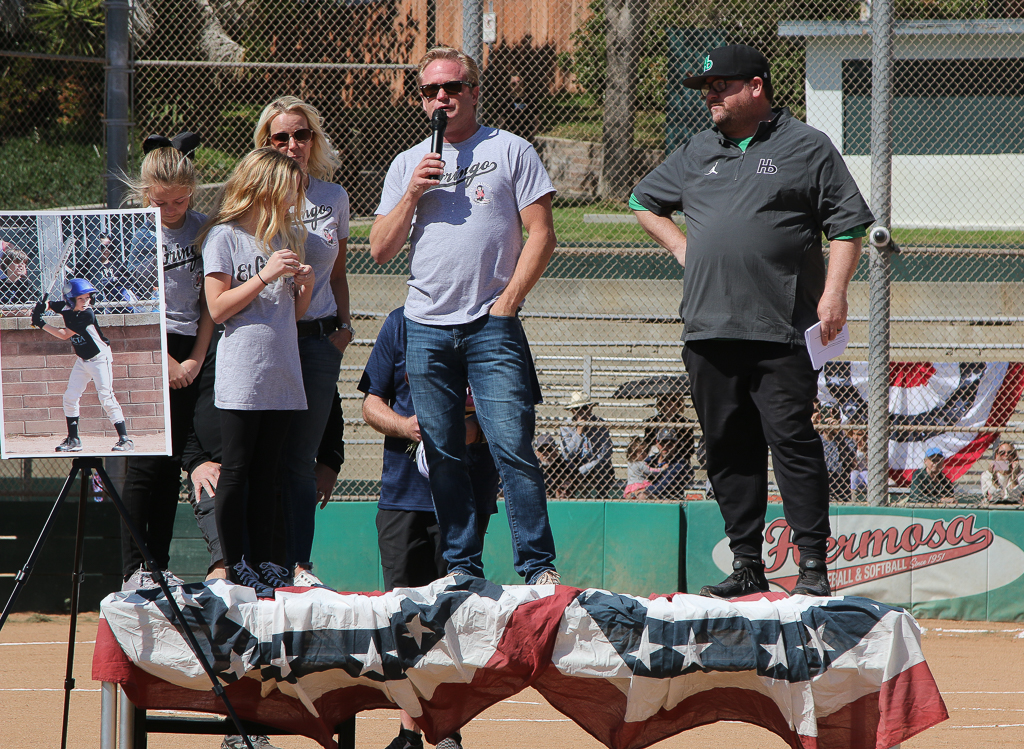 Logan Goodwin’s father Todd is joined by wife Joann and daughters Alexa and Sienna in expressing the family’s appreciation for the support of the Hermosa Beach Little League family.

A $50,000 contribution from the Logan Goodwin Foundation, established by Logan’s parents Todd and Joann, will be used to provide a new backstop, scoreboard and artificial turf at Logan Goodwin field. 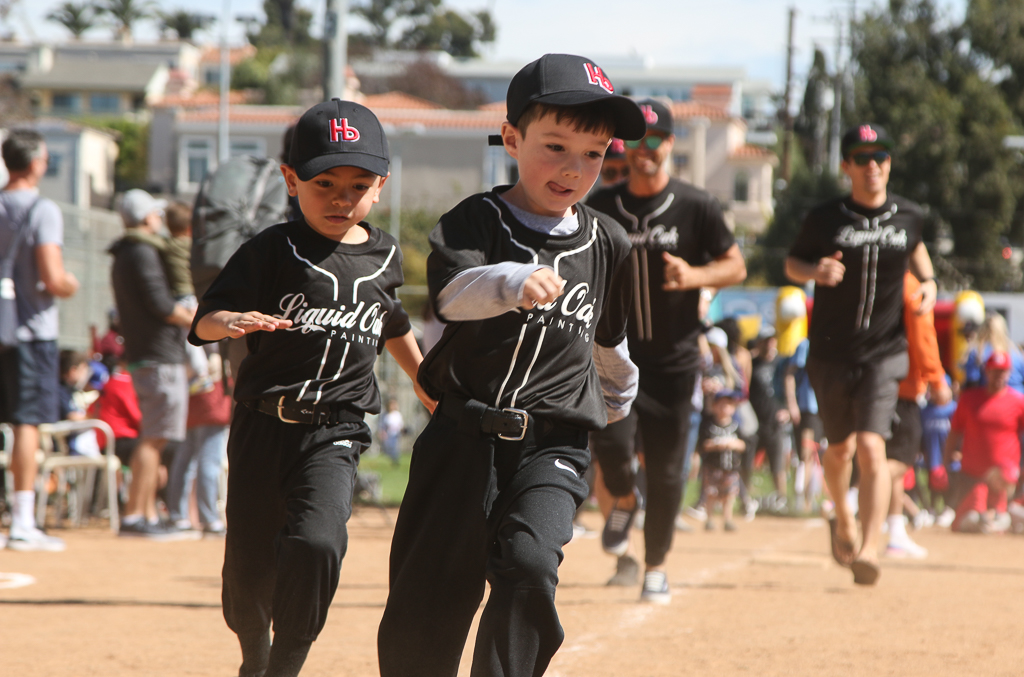 Hermosa Beach Little Leaguers round the bases on opening day.

The field dedication was followed by the traditional running of the bases and then the opening day games.

Hermosa Beach Little League has seven divisions and nearly 100 teams ranging from T-ball (5- and 6-year-olds) to Juniors (13- and 14-year olds.)