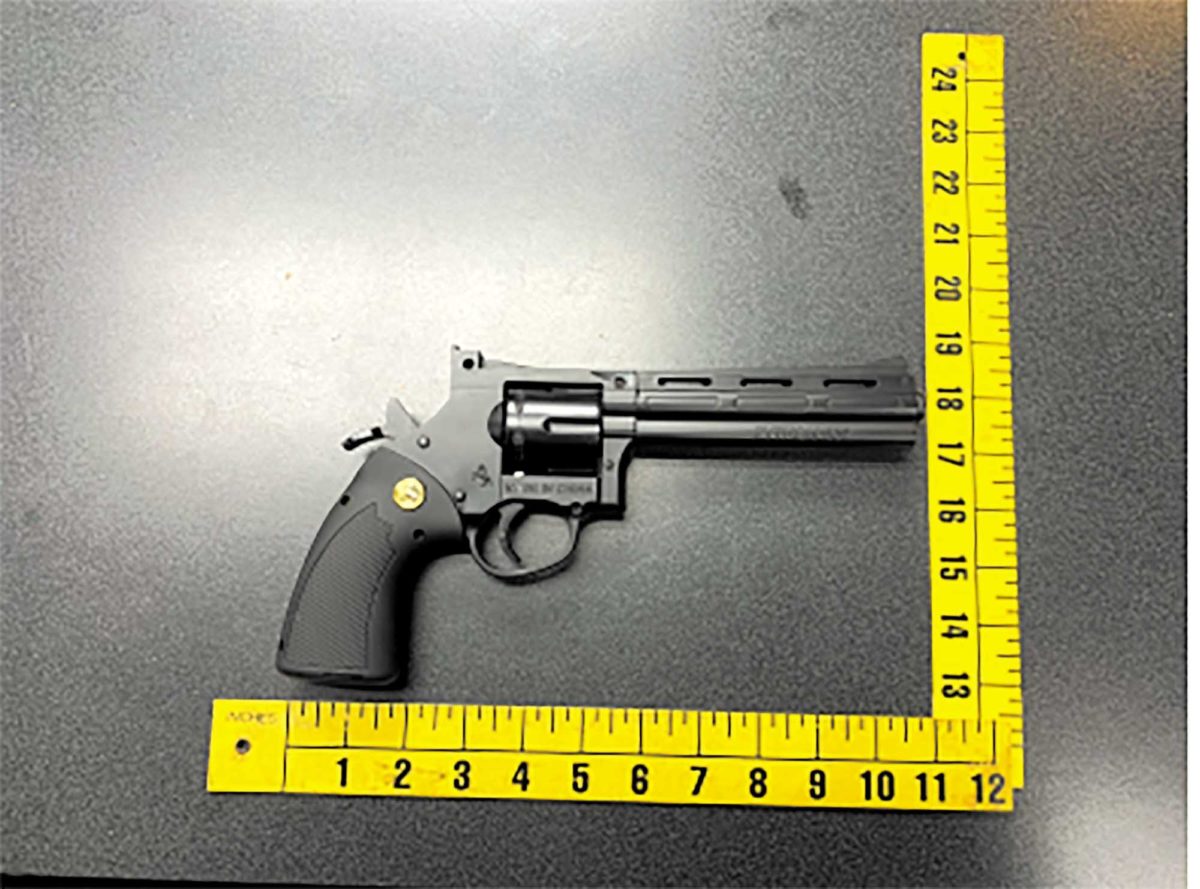 Baldwin Noe Anaya, a 24-year-old Hawthorne resident, and Christian Jesus Torres, an 18-year-old Torrance resident, have been arrested on suspicion of robbery in connection with the incident, according to a statement from Sgt. Mick Gaglia of the Hermosa Beach Police Department.

Around 1:30 a.m., Anaya and Torres approached two men and asked questions about the local bar scene, Gaglia said. Anaya allegedly pulled what appeared to be a revolver from his waistband, and two suspects demanded the wallets and phones of the two victims. The suspects took the items and headed west toward the beach, then turned right and proceeded north on The Strand.

The victims were able to alert HBPD, and provided a description of the suspects. The officers found Anaya near the intersection of 11th Street and Hermosa Avenue, and discovered the replica revolver on him during a search, police said. Not long after, police found and arrested Torres near the intersection of 11th and Beach Drive. Gaglia said that officers were able to recover “most of the victims’ property.”

Although the gun used was not an actual firearm, it closely resembles a real revolver in a photo provided by police. Because robbery involves taking property by “force or fear,” the use of a fake gun, or even referring to an unseen weapon, generally is sufficient to charge a suspect.