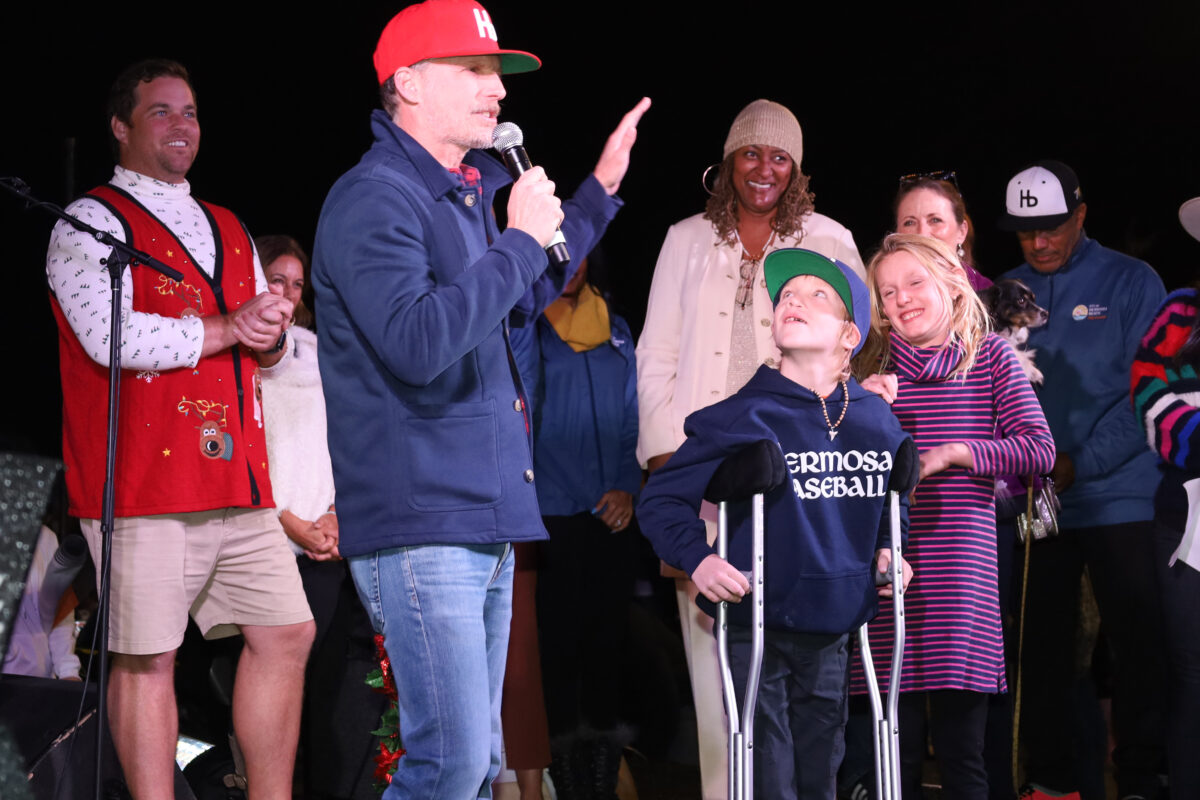 The Hermosa Beach Chamber of Commerce signaled the start of the holiday season by transforming Pier Plaza into a fun zone over the past weekend. Kids screamed from atop a Ferris Wheel on the beach end of the plaza, and jumped up and down in a bounce house on the Hermosa Avenue end.

Between the two attractions were more rides, live bands, community service booths and the opportunity to be photographed with Santa.

In the evening, Mayor Mike Detoy, and Supervisor Holly Mitchell took the main stage to urge everyone a Happy Holiday season. Then Little League President Mark Mamber introduced Little Leaguer Oliver Smith, 7, and his sister Ellie, 9, to the stage.

Two months ago Oliver chased a ball out onto Ardmore Avenue and was hit by an SUV. The driver, a doctor, quickly stopped to offer Oliver his assistance. Olvier suffered a broken leg, and a skull fracture.

Oliver was on crutches, and looked like Tiny Tim, from Dickens’ “Christmas Carol,” except there was nothing sad about him. He looked as excited as a kid on Christmas morning. He expects to have made a full recovery by the time Little League season opens in March.

At 6:30 p.m. Oliver stepped up to the switch that lights the traditional Plaza holiday tree. He pulled, and whiffed it on his first try. He whiffed it again on his second try. But on his third  pull, just like in baseball, he lit up the tree, and the crowd erupted in cheers.

That was the signal for the Hermosa Beach Station 100 LA County firefighters to bring Santa to the Plaza, aboard their hook and ladder. After a quick hot chocolate, Santa invited kids to tell him their holiday wishes.