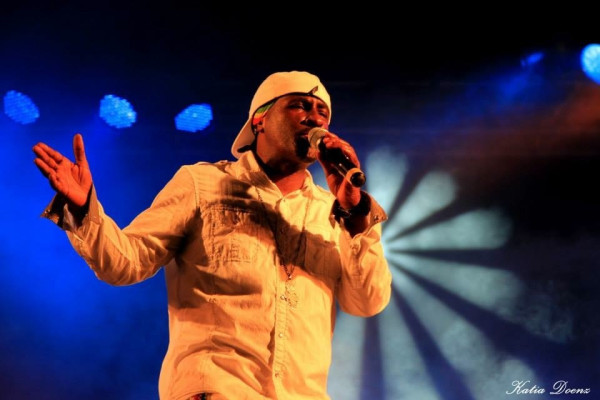 Nearly four decades since the first peak of his ascent as a reggae MC from Birmingham, U.K., Pato Banton continues to ride the wave of his prolific career in music. The 53-year-old singer has no plans to stop at the moment — he’s working on his 13th album, due out early next year, and planning another worldwide tour. Pato Banton and The Now Generation, a seven-piece band with a horn section, are amid an American tour and making a stop at Hermosa Beach pier on Aug. 23.

“We never really stopped touring,” Banton says. “We’re always touring. I’ve taken a long break before in my life but I always end up coming back. It’s really difficult for me to not be involved in the music.”

Coined by his father, his childhood nickname “Patoo” means “night owl,” owing to his penchant for staying up late to entertain guests at their frequent house parties. “Banton” is a term used in the industry to describe a storyteller or heavyweight lyricist. His shows are characterized by its high energy, uplifting and spiritual nature.

His rap sheet is as diverse as it is prolific. He’s toured alongside Ziggy Marley & the Melodymakers, sung a duet with Chrissie Hynde of The Pretenders and collaborated with Sting on a remix of “The Cowboy Song.” He worked with UB40 in the nascent stages of their career solidifying in the local Birmingham scene, featuring in their album “Baggariddim” in 1985. His 10th album “Life is a Miracle” received a Grammy nomination for Best Reggae Album in 2001.

Banton recorded his upcoming album, titled “Love is the Greatest”, in an L.A. studio last month. He says he wrote the songs on the road about six months ago.

“I write mostly by myself late at night,” he says. “There’s no real set time to write. I can write while I’m driving sometimes…most of the time I like to be alone with no distractions, so I can focus.”

Over the years, his unbridled passion for music has spilled over to philanthropy. In 2001, Pato founded Musical Connections, a community-based program that granted music equipment and computers to 16 local youth centers in his hometown of Birmingham. The same year, he founded Muzik Links, a project providing music production and performance opportunities to at-risk and gang-affiliated youth. The following year, he founded the School of Musical Arts and Technology and acted as the assistant director of creative studies following a partnership with South Birmingham College. For his work, musical and beyond, he received BBC’s Lifetime Achievement Award and was honored at Birmingham Museum’s Reggae Hall of Fame.

Pato Banton and The Now Generation will perform at the Hermosa Beach pier as part of the summer concert series this Sunday at 4:30 p.m. Big Mountain will be opening.