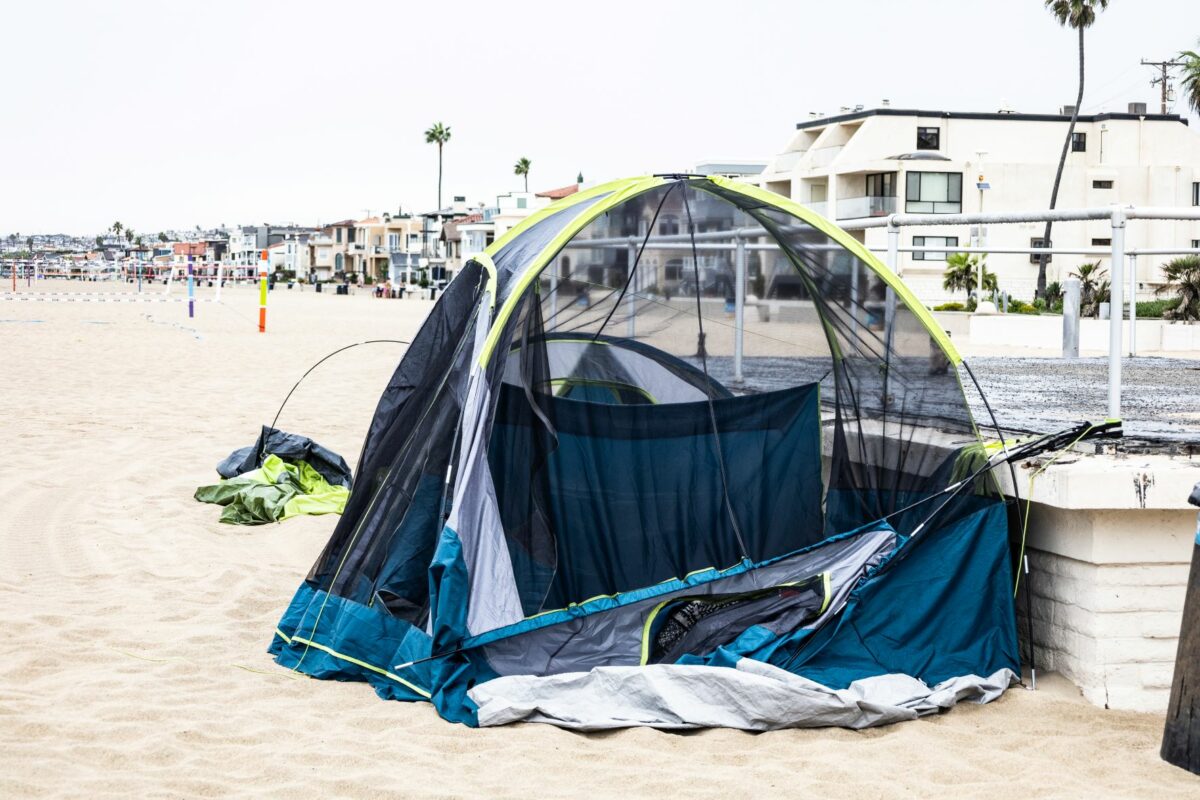 A large camping tent appeared on the beach at 14th Street in Hermosa Beach last Tuesday, as rain was approaching. The tent was gone Wednesday, after the rain passed. Photo by Kevin Cody

Hermosa Beach is the only Beach City to report an upward trend in the number of homeless in recent years, according to the results of the annual Homeless Count, released last week by LAHSA (Los Angeles Homeless Services Authority).

But the number of homeless in Hermosa, as well as neighboring Manhattan Beach and Redondo Beach, is low, by comparison with the greater Los Angeles County, according to the report.

Because of COVID, the Homeless Count was not conducted in 2021.

Last August, Hermosa partnered with Redondo Beach to hold its first Housing Initiative Court, on the Clark Stadium tennis courts. The court offered to dismiss non-violent misdemeanor charges against homeless individuals on the condition that they work with social services to find permanent housing.

The next Housing Initiative Court will be held at the Clark tennis courts on Wednesday, September 21, from 8:30 to 11 a.m. ER