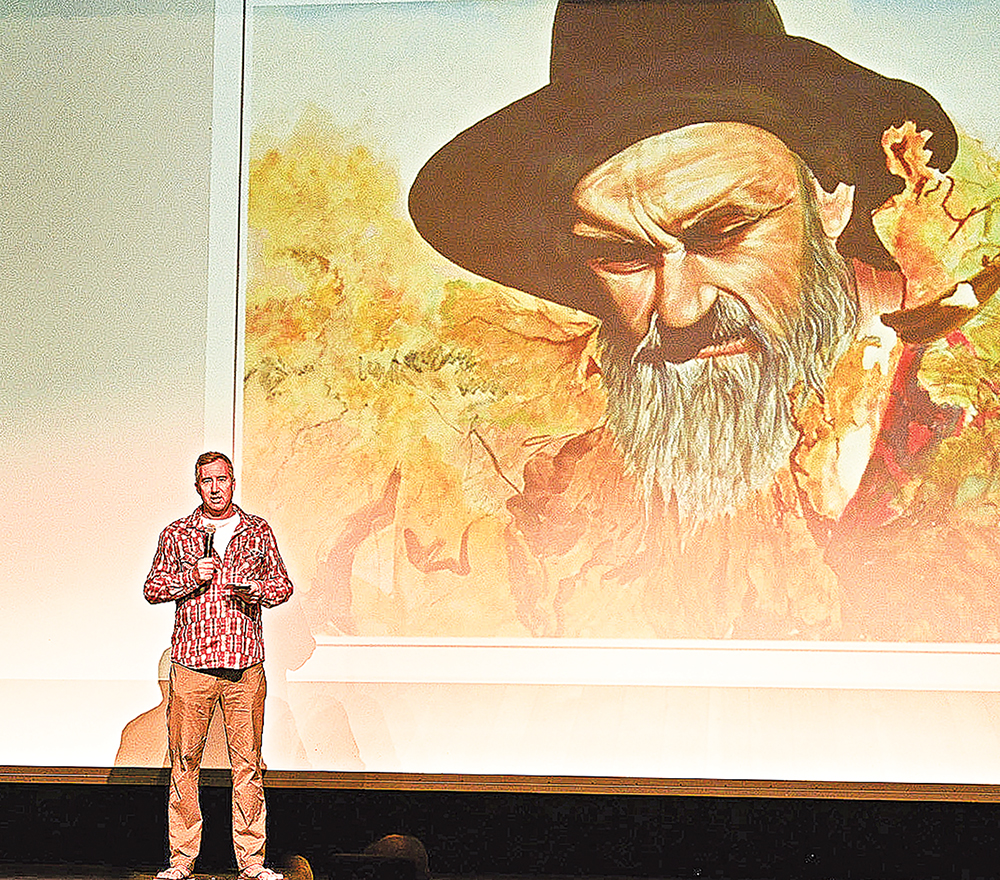 Steve Napolitano recalls fellow volleyball player Robi Hutas during a memorial for Hutas at the Hermosa Beach Community Theater. The image on the screen is a self portrait by Hutas. Photo by David Fairdhild (DavidFairchildStudio)

Photographer, painter and carpet cleaner Robi Hutas was remembered by over 500 friends during the screening of a documentary about his life in the Hermosa Beach Community Center and an exhibit of his photos and paintings in the Hermosa Historical Society. Hutas fled Budapest in 1958 after having fought in the Hungarian Revolution, and arrived in Hermosa Beach in 1964. Following his passing last year his photo archives and paintings were donated to the Historical Society Museum.

Prior to the screening, Manhattan Beach councilman and lifelong 16th Street Hermosa Beach volleyball player Steve Napolitano recalled his decades with the player everyone called “Bull.”

“Robi was one of the last of a dying breed of characters who gave Hermosa its color. He didn’t have a lot, and didn’t ask for a lot. He lived sunset to sunset, enriching himself on the beauty of the beach, and the poppy fields off the I-5, which he photographed and painted almost as often as he photographed beach volleyball.

“It’s sad that folks like him can’t afford to live here anymore. Without them, Hermosa is becoming plain.We need more characters like him. Don’t be afraid to be a character,” Napolitano said. ER