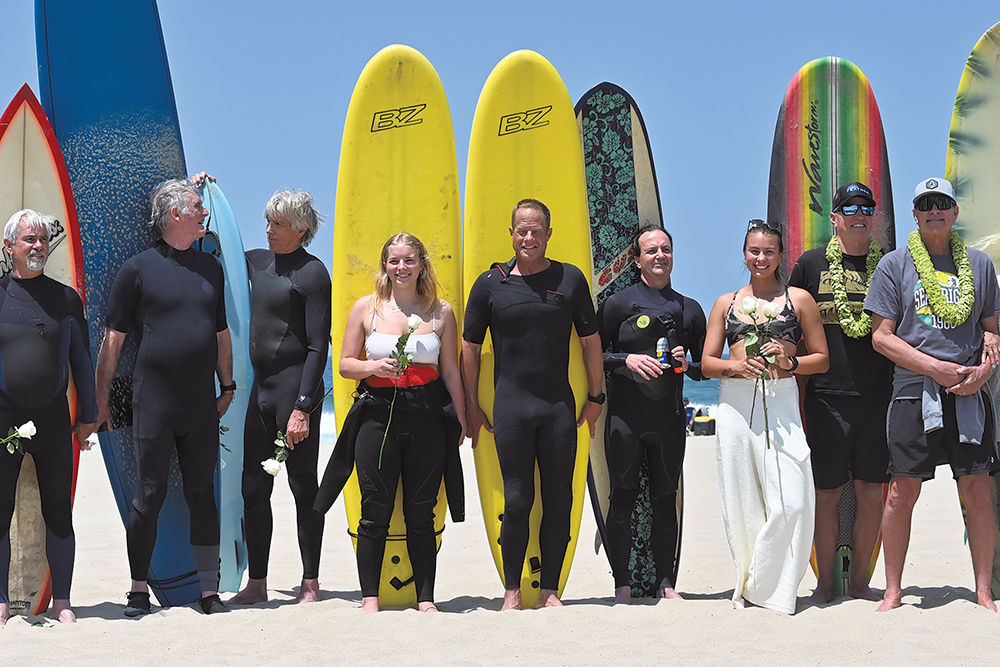 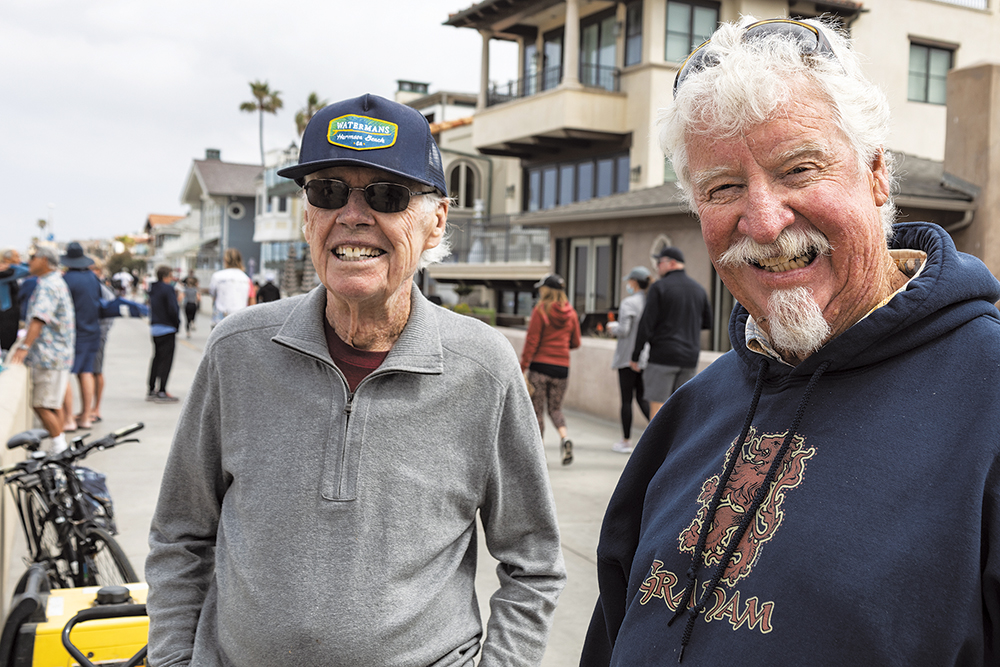 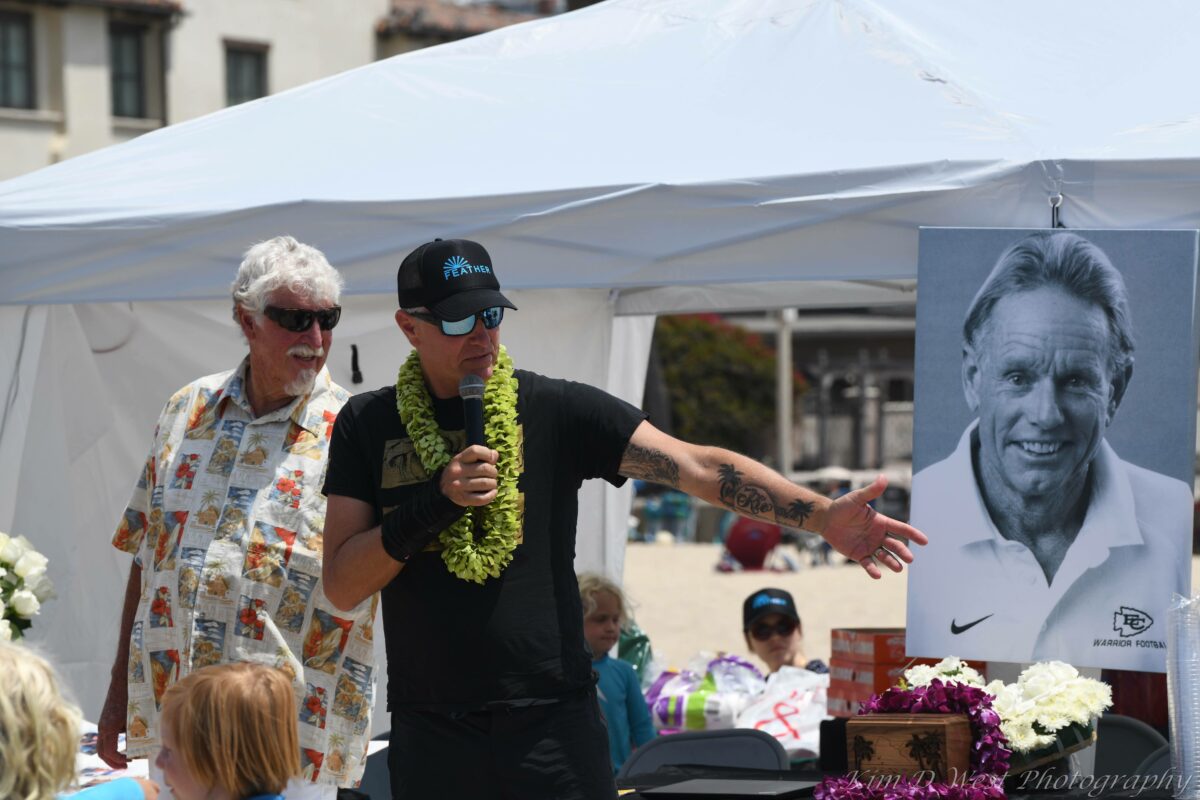 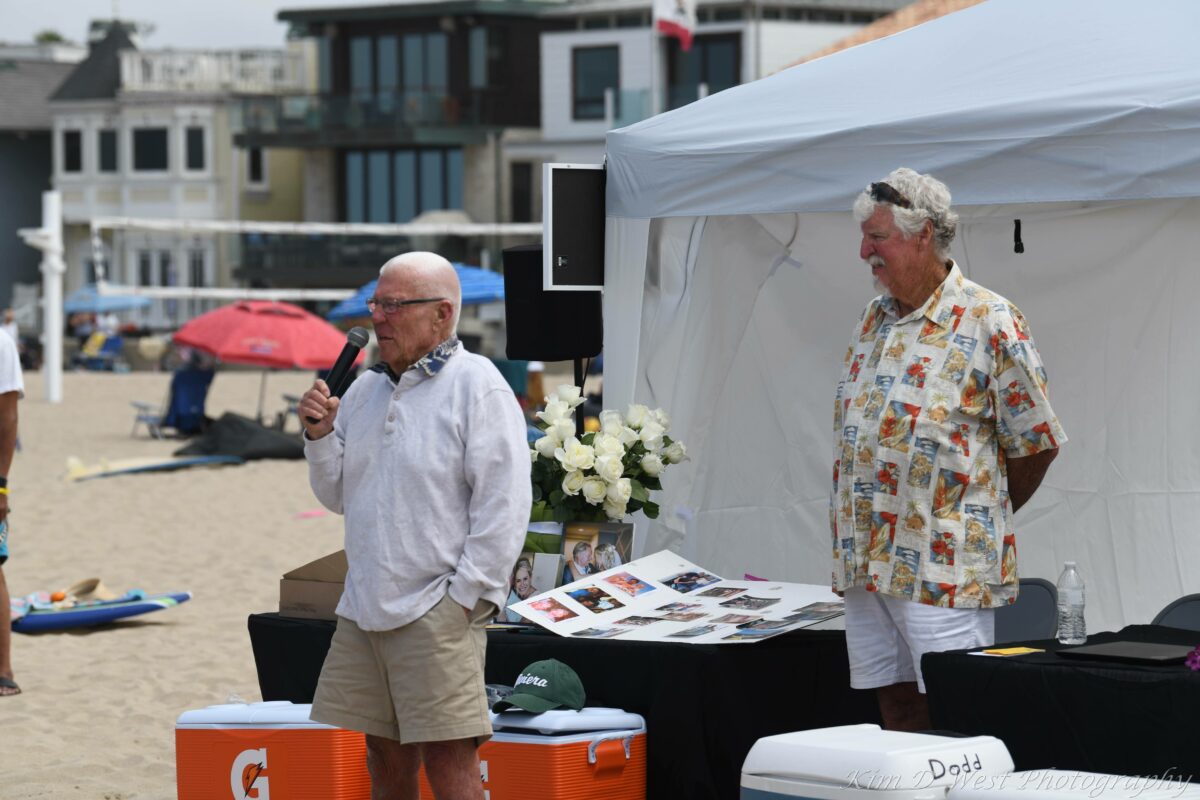 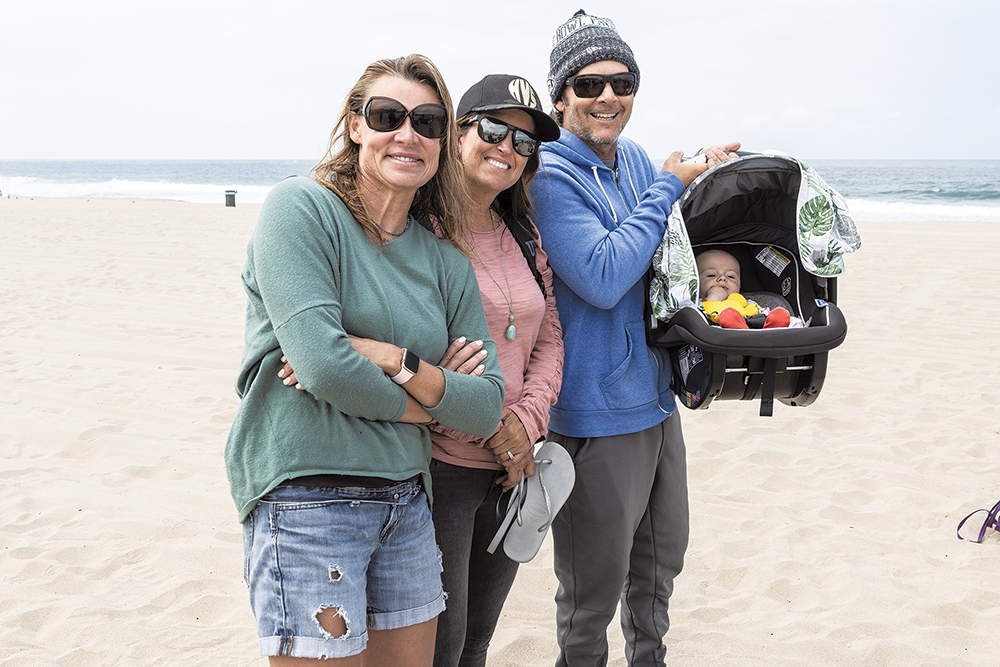 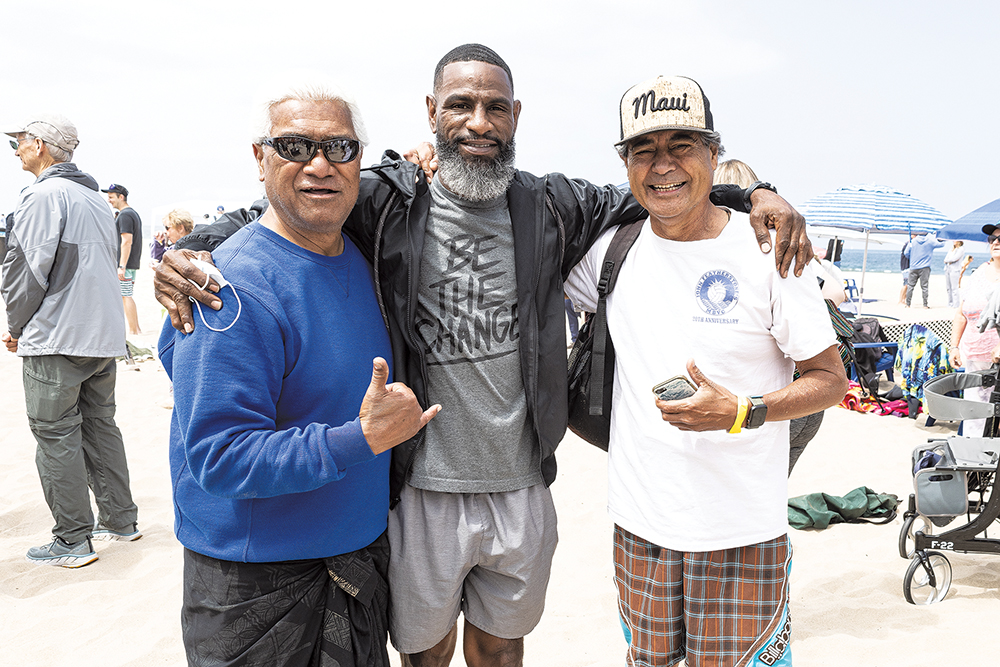 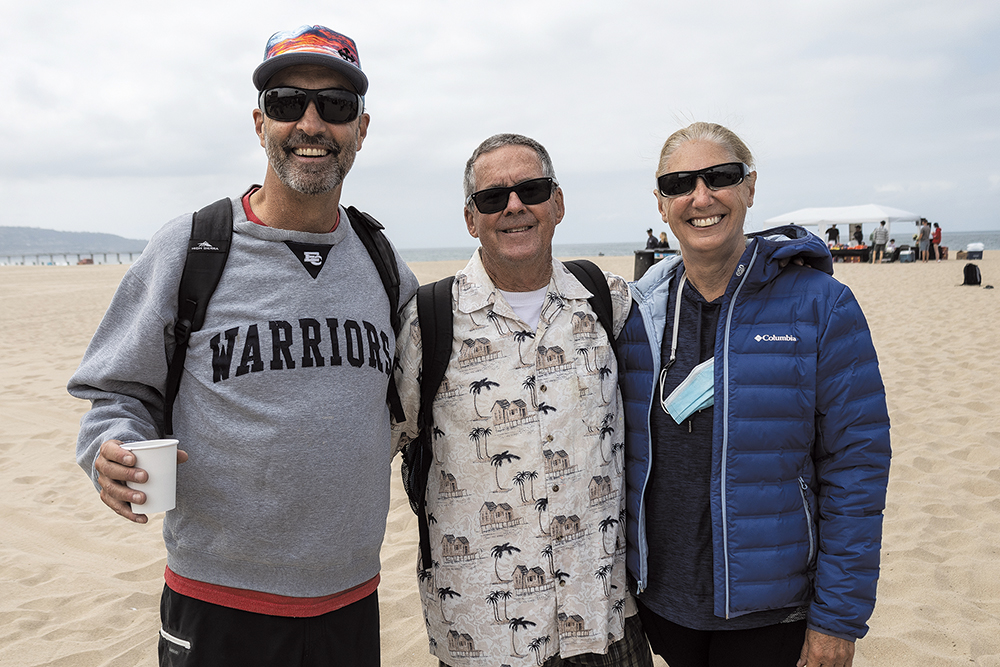 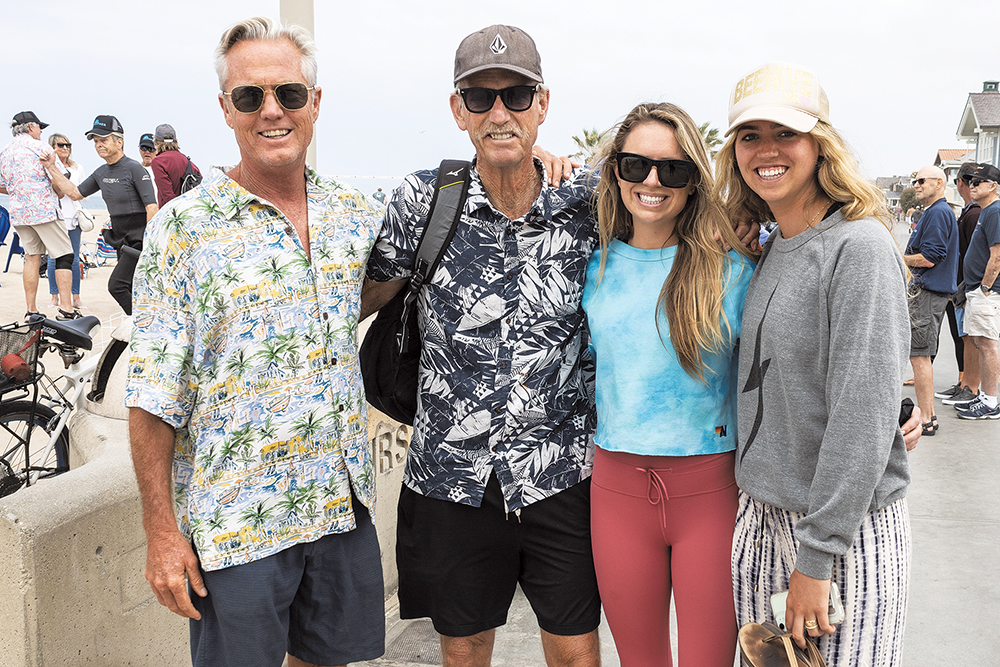 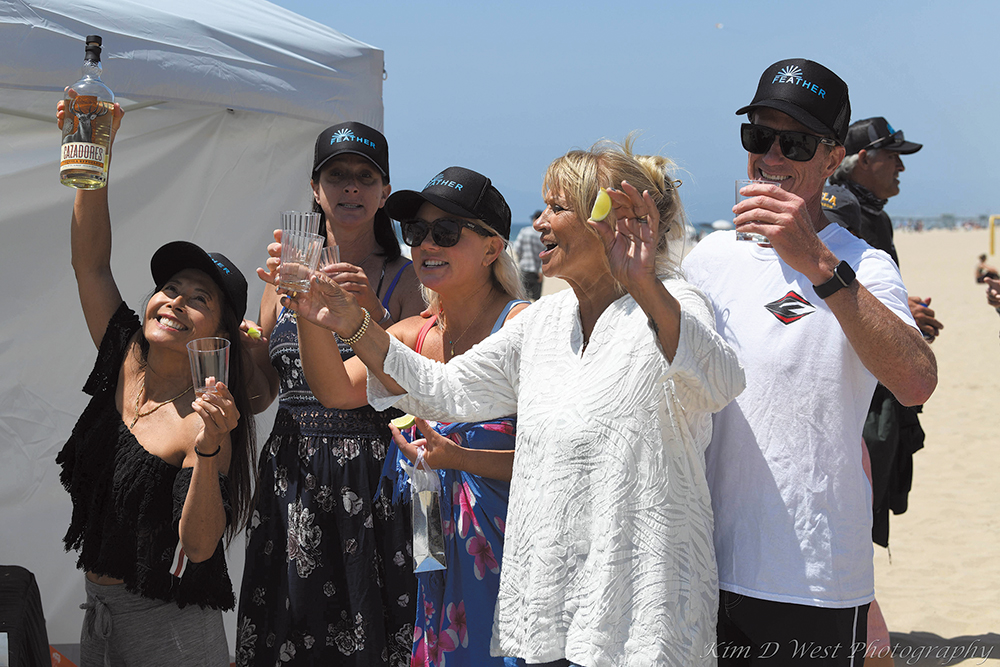 John Featherstone, the friend and football coach, was remembered Friday evening, during a chilly  ceremony on John Featherstone Field, at El Camino College. During his 31-years at El Camino, Coach “Feather,” led his teams to a national title, two state titles, and 11 conference championships.

On the following, much warmer, Saturday morning, at the 22nd Street beach volleyball courts, John Featherstone, the friend, and volleyball player was remembered.

“John was just 5-foot-9. But he hit straight down, like he was 6-foot-9. That’s how he lived his life,” recalled Calvin Guillory, whom Featherstone introduced to beach volleyball after the former El Camino College tight end suffered a career-ending vertebrae fracture at Kent State.

“Keep plugin’” is what Louie Pastor said Featherstone told him when the two played together at El Camino. Pastor, who was not much bigger than Featherstone, went on to play football at the University of Texas, and professionally in the World Football League.

Therese knew Featherstone from the time she was eight, and tagged along when he hung out with her older brother. She remembered him as “The Singing Box Boy,” at the old Safeway.

One day, as they passed in the street, she said  “Hiya,” and kept on walking. “He stopped me and gave me the best advice of my life. He said, ‘Make eye contact and ask, “How are you.” Invest in the moment.’”

Scott Sellars, a member of El Camino’s 1987 national championship team, recalled, “I never played in a game. But John always called me by my name and always made sure I felt  part of the team.”

After many more inspirational remembrances, over 100 of Featherstone’s friends and family paddled out past the surf,  formed a circle, and as his ashes were scattered, splashed the water upward. ER