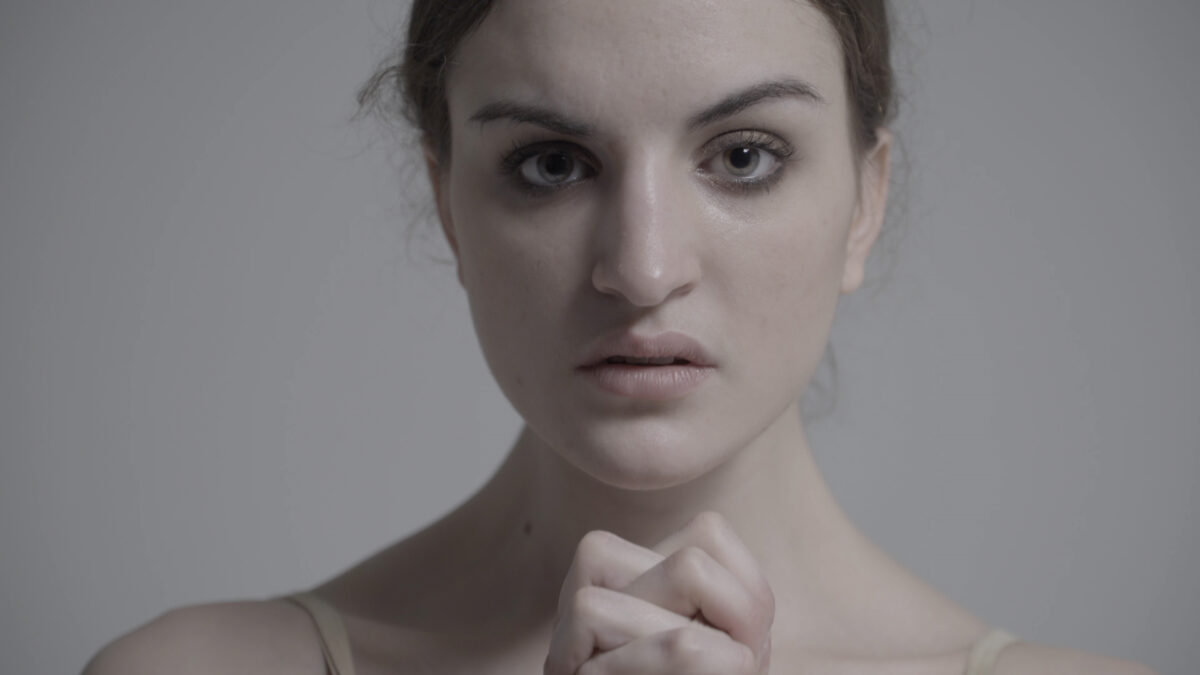 Russian co-directors Dina Burlis and Sergey Gavrilov love ballet and in Joy Womack they found a unique subject at the very start of her career. Joy, a California girl, had been obsessed with ballet from a very early age. Her dream? To study and dance at the Bolshoi in Moscow. In her mind, the Bolshoi was the pinnacle of her art form and to conquer that, she felt she could conquer everything. She wasn’t far off. Filmed exquisitely, Burlis and Gavrilov track Joy from the end of her studies at the Bolshoi Academy for the next seven years.

Historically, until the advent of World War II, Russian ballet and choreography dominated the world scene. After the war, it had to share that stage with many other countries, especially with the rise of the Americans led by Russian star choreographer George Balanchine.  But this isn’t about anyone but the Russians and Joy’s obsession with surviving and triumphing in that system.

Intermingled with occasional historic archives relating to the Russian system, including a very interesting clip of a ballet academy leader dissecting the bodies of young girls who want to dance. Taking apart the defects of each prospective student – clavicles too pronounced; legs too short; body too stocky; legs too bowed – until she finally comes upon a child with the perfect body type, ready to be molded into the prototypical dancer. 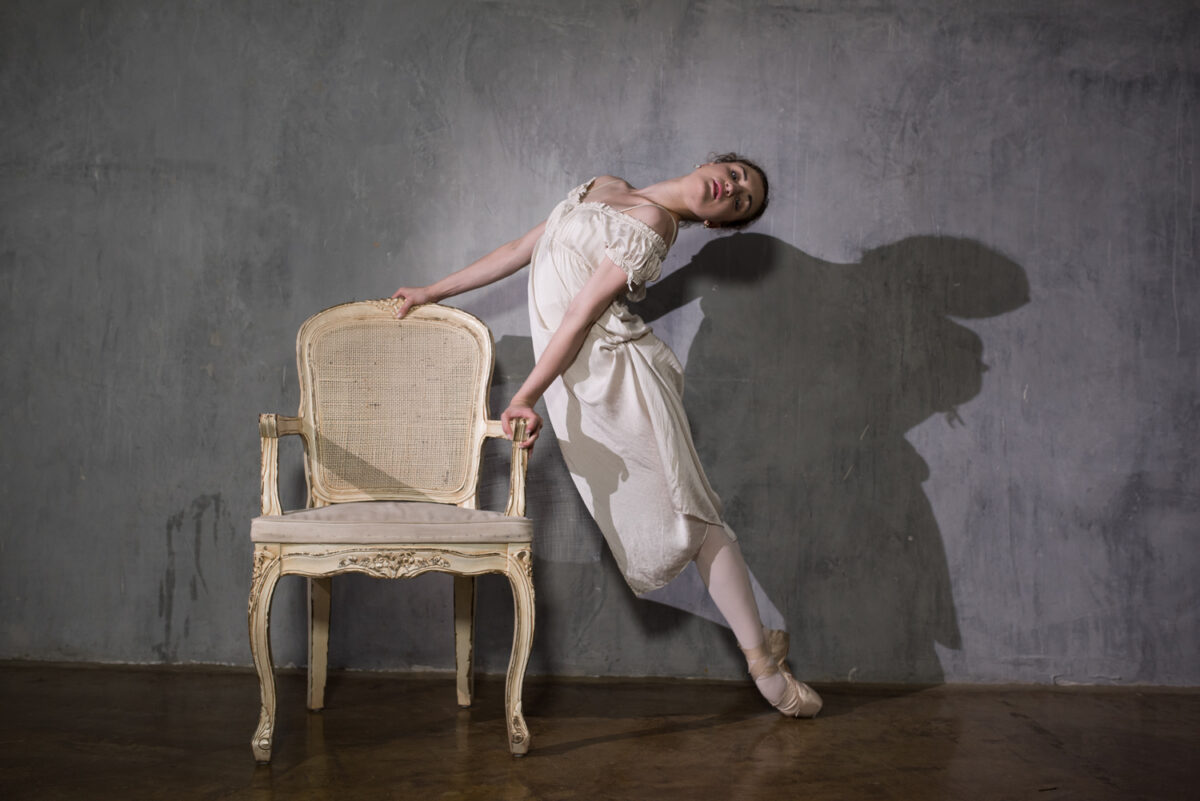 Joy was the Bolshoi ideal with the perfect body type, angular beauty, and extension to die for. The esthetic is one of the most important characteristics of a ballet professional and Joy has that in spades. The camera loves her, as illustrated in the Richard Avedon-style photo shoot layouts of Joy as the Black Swan that are curiously interspersed throughout. But, as one of the Bolshoi leaders explains, she doesn’t have a subdued Russian style. She’s too showy and exceptional in an American way. Actually she damns her further by calling it a Broadway style.

Always focused on her career and herself, Joy realizes that she must marry a Russian to get her residency card. Luckily, there’s very handsome classmate, Nikita, who catches her eye and they are soon set up in wedded bliss. Well, not for long.

Joy succeeds in getting that highly sought after Bolshoi contract after dancing superbly in her final exam, a solo that also catches the eye of the Kremlin Ballet. Ecstatic about her contract, her delight soon fades when she realizes how long she will languish in the corps unless, of course, she goes the route of all Russians and pays a bribe to get a good role. Incensed (and broke), she takes her complaint to the news media and is soon shunned. Luckily she still has a fan at the Kremlin Ballet, where her husband also dances, and off she goes to bigger roles and more opportunity.

At first dancing in the same company as Nikita is a blessing. But, as far as she is concerned, he lacks her ambition and the marriage begins to fray. Joy is a narcissist and expects him to revolve around her and her career. It is implied in interviews of third parties that he is a typical Russian male who expects the little woman to sublimate her needs to his. Actually to all appearances, he was the one to make concessions and seems to be just a stepping stone on her way to the top. In reality it is her narcissism that is the root of their breakup. He invested in her but she didn’t in him. Ballet brought them together and then separated them.

In almost any field, rising to the top necessitates a strong ego able to withstand the inevitable rejection that comes with competition. This is especially true in the arts where one is judged on  both objective and subjective levels. Objective is the technique; there are defined measures. Subjective is in the interpretation and therein lies the rub. One viewer’s feeling of depth may be another person’s view of the banal.

Narcissism is a very loaded word. It is about you and if you don’t give 100% to your own needs you will not achieve your goal. For the performer, it’s what’s necessary. Leo Durocher wasn’t entirely wrong when he said, “nice guys finish last.” There are exceptions, of course, but Joy Womack is not one of them.

As time goes on, anti-American feeling builds and Joy feels its sting. Luckily at the Kremlin Ballet she is allowed to succeed. As she says, “Regardless of the geopolitical situation, ballet is forever.”

Yet she’s not progressing as quickly as she feels she should. Her lead role in the Nutcracker was supposed to lead to her starring in “Swan Lake,” the pinnacle of classical ballet. Instead it segues into “Giselle,” a not dissimilar but not as highly regarded ballet, also about swans. What is it about swans? Whenever I think of “Swan Lake,” I am reminded of the sequence from Funny Girl where Fanny Brice, commenting on a scene in the ballet says, “What are ya gonna do? Shoot da swans? These lovelies?” (Next time you see a mediocre rendition of “Swan Lake,” I defy you not to think of that quote when the hunters take aim).

“Joy Womack – The White Swan” contains some of the most beautifully filmed ballet sequences I’ve ever seen. Burlis and Gavrilov (especially Gavrilov who comes from a background of cinematography) knew exactly how to frame each dance sequence and they are glorious. The camera loves Joy, especially in those separate photo shoot moments. But this also highlights some of the flaws. The photo shoots are superfluous. They do not drive or enhance the story. The movie is sometimes rather disjointed, with title cards announcing, “Two years before performance” or “Two hours before performance,” but in no particular order. This becomes more and more problematic by the end when we see Joy rehearsing for “Giselle,” her consolation prize, only to end (unannounced) with her many months-later performance in “Swan Lake.” 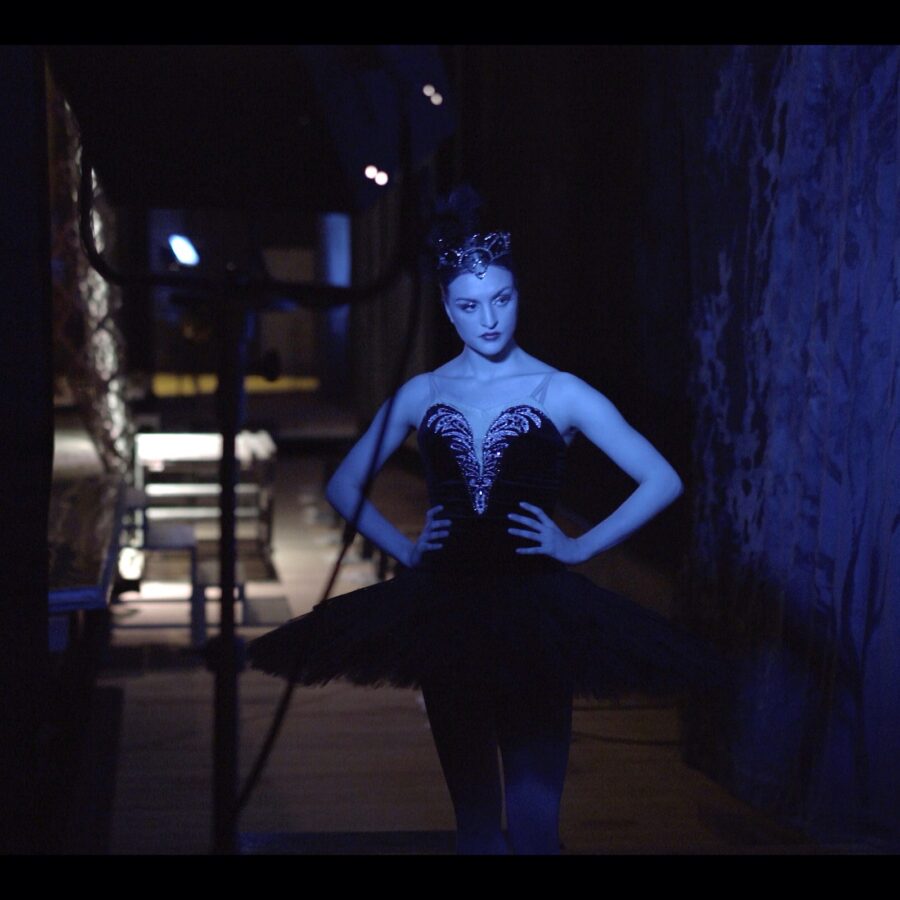 Ultimately, Joy’s final filmed rehearsals and performances only serve to illustrate that she is an excellent technician with good (but not great) execution of pirouettes but lacking in the drama and depth necessary to be a great ballerina. It is a question that arose many times during the film. There are many ballet institutions throughout the world, especially the American Ballet Theater, the Royal Ballet, the Paris Opera Ballet, and the Danish Royal Ballet, just to name a few, that have long outstripped the remaining Russian companies. Why did she not try for any of them after her training? Certainly she loved what she found in Russia but if she truly desired to be the best why did she not leave for one of those other companies? There is no question that she had the work ethic. Sadly, what the final filmed sequences illustrate is that she is not at that level. A search on the internet revealed that she was briefly with the Boston Ballet and that should have been a good fit. It is a respected, second-rank organization where she might be able to shine. For whatever reason, she is no longer there. More recent information has her dancing with the little known Astrakhan Opera and Ballet Theatre of southern Russia near the Kazakhstan b0rder as one of their prima ballerinas. Will she grow? Can she grow? That remains to be seen.

What can be seen now, though, is an excellent documentary about ballet and what it takes to excel. As a sport, there is nothing more grueling or unnatural for the body than ballet. Burlis and Gavrilov capture every tortuous movement, every bead of sweat, every painfully exquisite action. Watch it and then watch it again. Every frame is choreographed; this film is a living being.

Opening Friday December 10 at the Laemmle Virtual Cinema, VOD, and on the digital platforms of Amazon and iTunes.