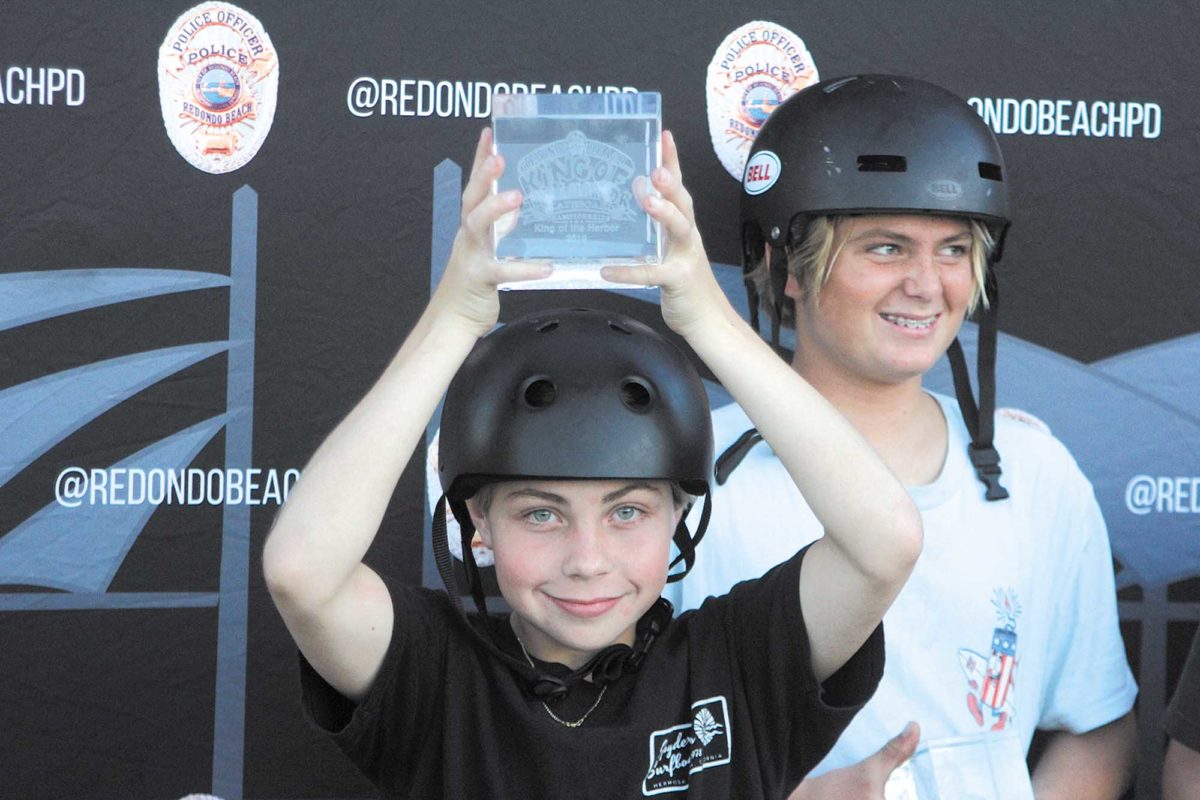 Logan Kirshak, 13, of Manhattan Beach, holds up his 2019 King of the Harbor Championship trophy. Photos by David Mendez

The third year of Redondo Beach’s pierside skateboard contest was a stunning success beyond even the imagination of the city’s top cop. More than 160 people — men, women, teens, and children — registered for the 2019 King of the Harbor Skateboard Championship, with a registration line stretching out from the Octagon space, where the contest was held, down to the barn doors of the former Redondo Fun Factory.

This year’s contest was buoyed by the support of the BeachLife Festival, which brought a 5-foot mini-ramp, a compact half-pipe that was a magnet for the skateboarders. In previous years, the event had gone without transition skating, not counting a few small quarter-pipes. The event also saw appearances from skateboarding legends Tony Alva (who performed at BeachLife in May with His Eyes Have Fangs) and native-born Cindy Whitehead, who emceed the women’s events.

Contestants in each of the four youth divisions (12-and-Under and 13-and-Up divisions for both boys and girls) competed for first and second place trophies, as well as overall “Best Trick” and ”Most Fearless” awards. And for the second year in a row, the overall winner of the city’s King of the Harbor Championship was 13-year-old Logan Kirshak (see sidebar for a full list of winners). The young shredder from Manhattan Beach returned to defend his title after winning last year’s overall competition, and once again left with a glass block as big as his head, naming him 2019’s King of the Harbor. 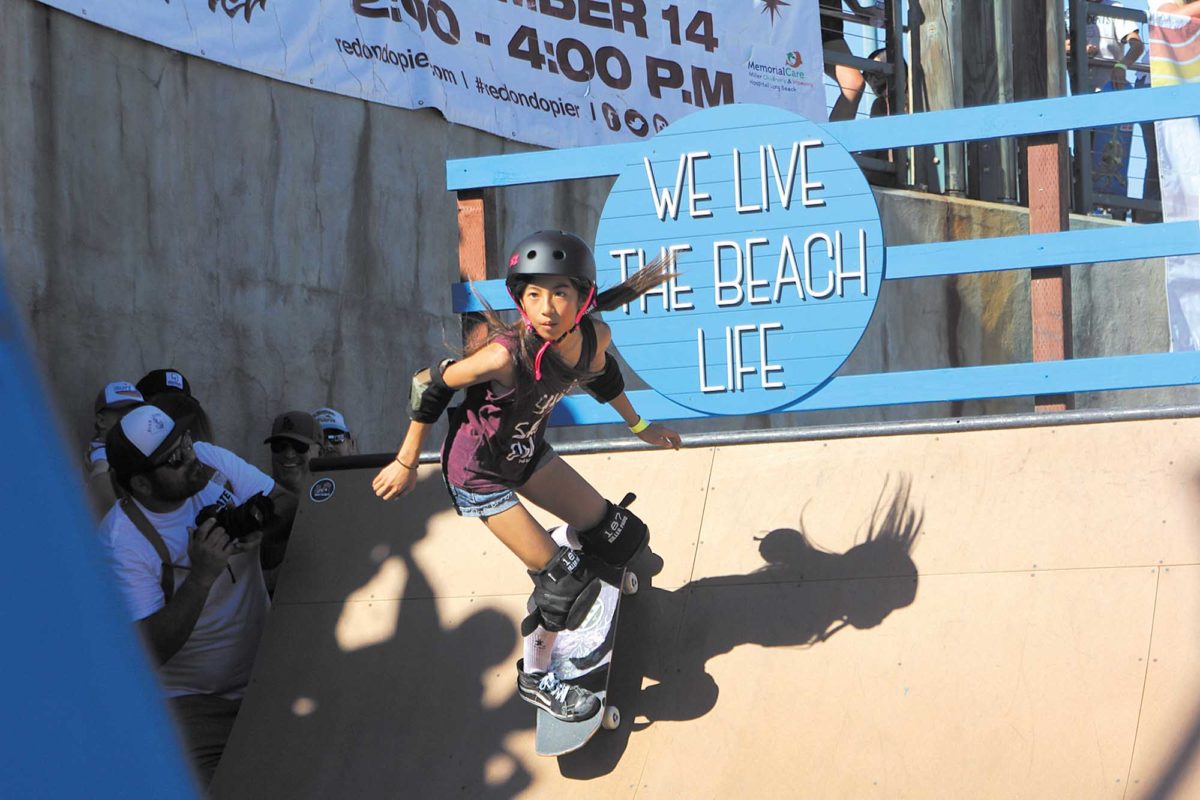 Twelve-year-old Cona Suganami drops in on the mini-ramp, new to the 2019 King of the Harbor skateboarding course. Photo by David Mendez

But one couldn’t fight a feeling that Sunday belonged to the women; 19 of the day’s many, many entrants were girls 12 years old and under. Torrance’s Cona Suganami was a star on the mini-ramp, where she took both of her two runs to win the 12-and-Under title, while young street skater Merideth Loewenstein took the 13-and-Over prize.

“It’s amazing. The thing that impresses me the most is all these girls who are ripping on this ramp; it’s like, where does she learn that?” Kauffman said. The answer: probably not in Redondo, which doesn’t yet have a skatepark of its own, though officials are exploring their options. “It’s a big endeavor to build it. But whatever the costs, the red tape, we have to figure out a way to get through and support it.”

The Women’s Division was graced by the presence of an all-world pro, as 2018 Vans World Champion Hanna Zanzi turned in a pair of aggressive runs to take home her latest career trophy. Zanzi’s runs on the mini-ramp weren’t easy — the small ramp provided more of an upward bank than a true transition to vert which she found “very, very weird,” — but her skill was undeniable from the moment she bombed into the ramp; her three-trick-in-one blunt stall fingerflip to rock-and-roll on the coping was a highlight of the day.

After winning, Zanzi took a moment to shout out “all the girl skaters,” which was a theme for the laid-back competition; each competitor took time to hype the others up while Whitehead sang their praises during each run.

“Having those girls divisions really helped — we were able to get the word out and really get a lot of girls in here. When you do that for the women like we did this year, it creates an environment where they feel welcome,” Whitehead said. “We showed we do need girls divisions — RBPD was open to trying it and now I think we’ll always have that.”