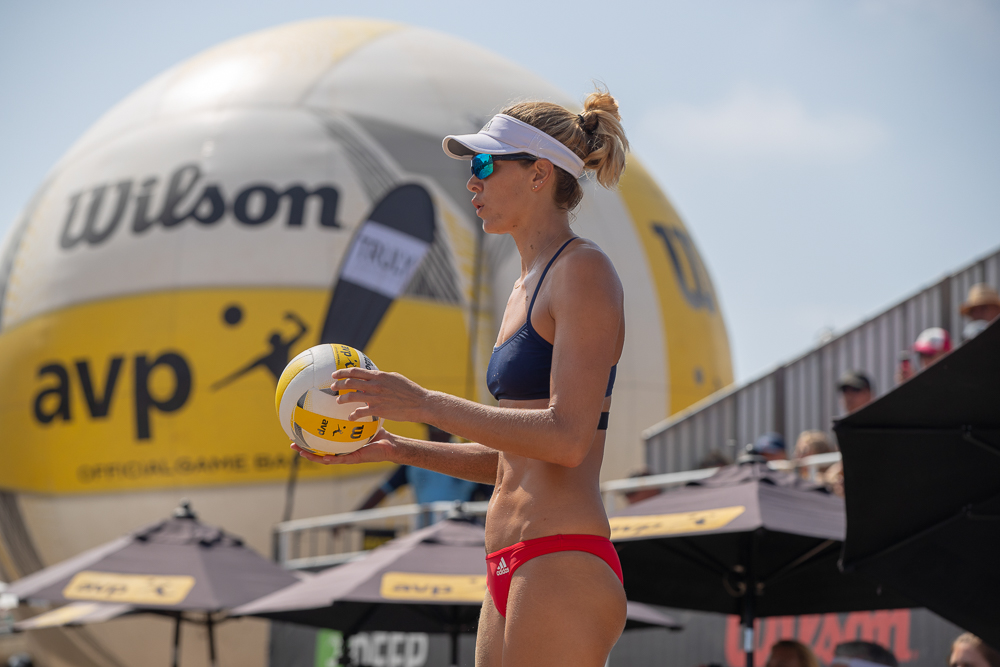 Alix Klineman prepares to serve at the 2018 Hermosa Beach Open, which she and partner April Ross won. Last week they won Olympic gold in Tokyo Photo by Brad Jacobson

If Manhattan Beach (Pop. 35,135) were a country,  its Olympic beach volleyball medal count, alone,  would rank it 141st out of 2006 countries that have competed in the Olympics. And other countries had a 100 year head start. The modern Olympics began in 1896. Beach volleyball became an Olympic sport in 1996. 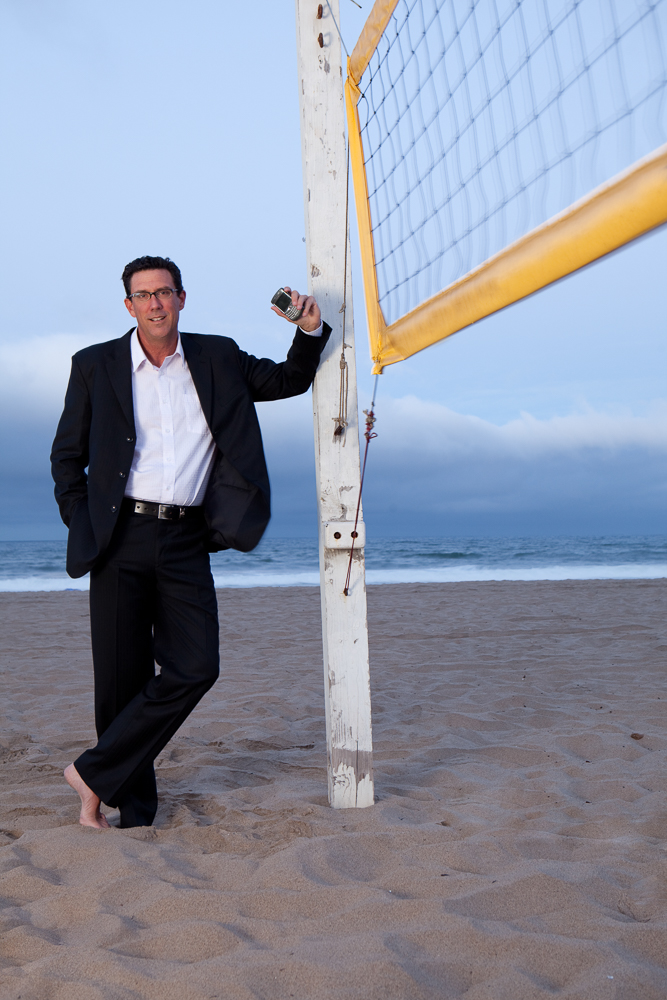 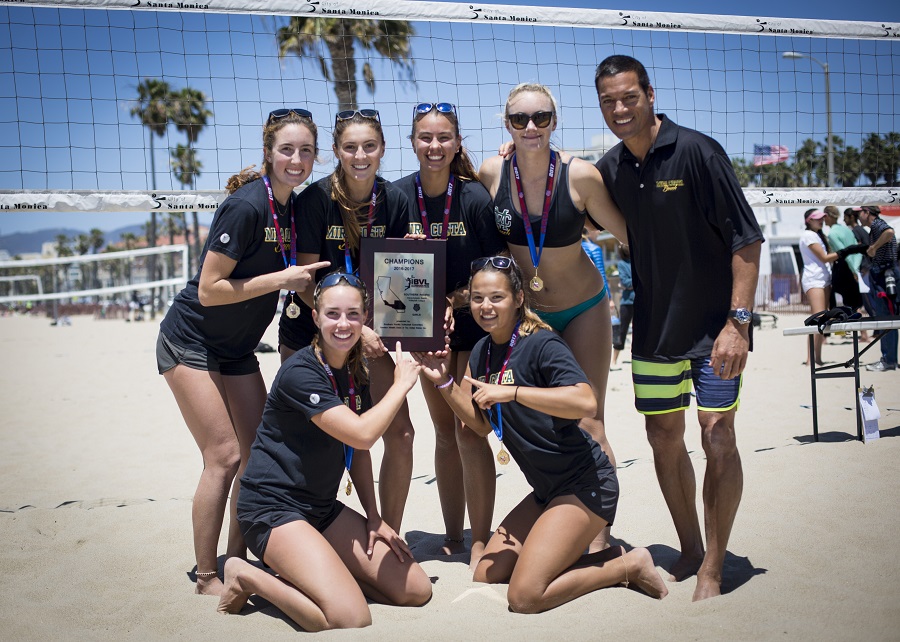 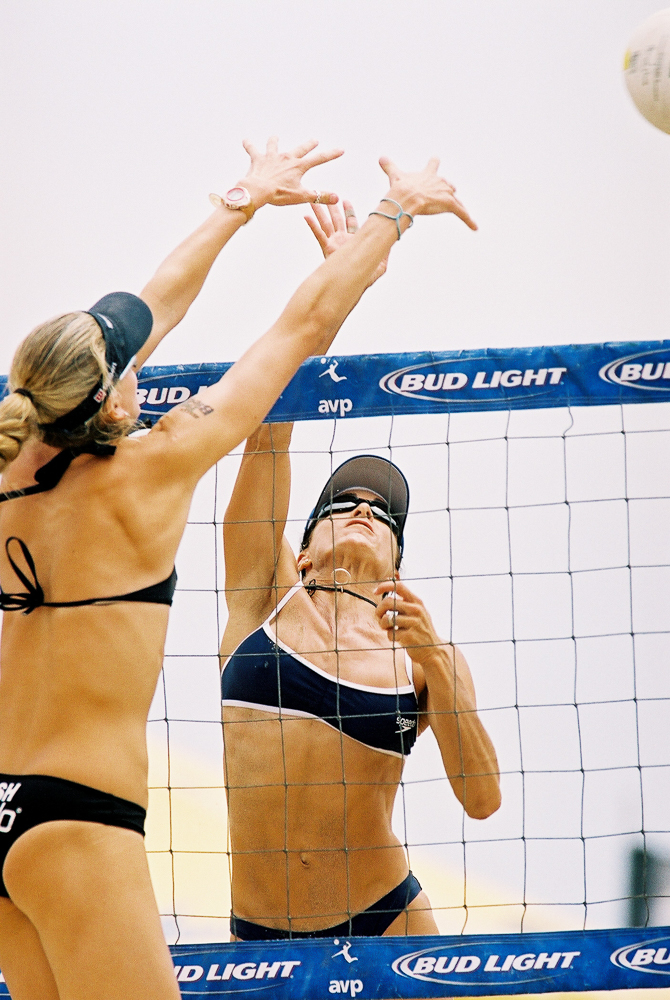 Kerri Walsh goes up against Holly McPeak in the finals of 2003 Hermosa Beach Open. The following year Walsh and partner Misty May won gold and McPeak and partner Elaine Youngs won bronze at the Athens Olympics. Photo Ray Vidal

The gold medal, that year,  went to Kerry Walsh-Jennings, a Northern California native who had moved to Manhattan Beach. She and partner Misty May-Treanor also won gold in 2008 in Beijing, and a third consecutive gold medal, in London in 2013. In Rio de Janeiro, in 2016, Walsh-Jennings won her fourth Olympic medal, a bronze, playing with April Ross.

Her gold medal was the culmination of a three-year partnership with April Ross, who had won silver in London, in 2012 with Jennifer Kessey, in addition to her bronze with Walsh-Jennings.

The usually stoic Klineman allowed her emotions to spill over in front of a global audience as she sobbed visibly and wiped away tears of joy.

The A-team beat Australia’s Taliqua Clancy and Mariafe Artacho del Solar 21-15, 21-16 in a rout that capped their undefeated march through the Olympic field.

Klineman made the key play in the second set after the Australians had mounted a mini-comeback,  to 16-13, and appeared to have the momentum. Ross dove for a beautiful dig to set up Klineman for one of her patented cross-court kill shots that landed cleanly in the sand just inside the sideline.

From there it was a quick ride to the finish line.

For Klineman, it was a full expression of the world-class talent she had displayed all the way back in high school.

Next week, Ross will play at the AVP tournament in Atlanta with Kelley Kolinske. Klineman and Ross are expected to reunite at the Manhattan Beach Open, on the weekend of August 20.