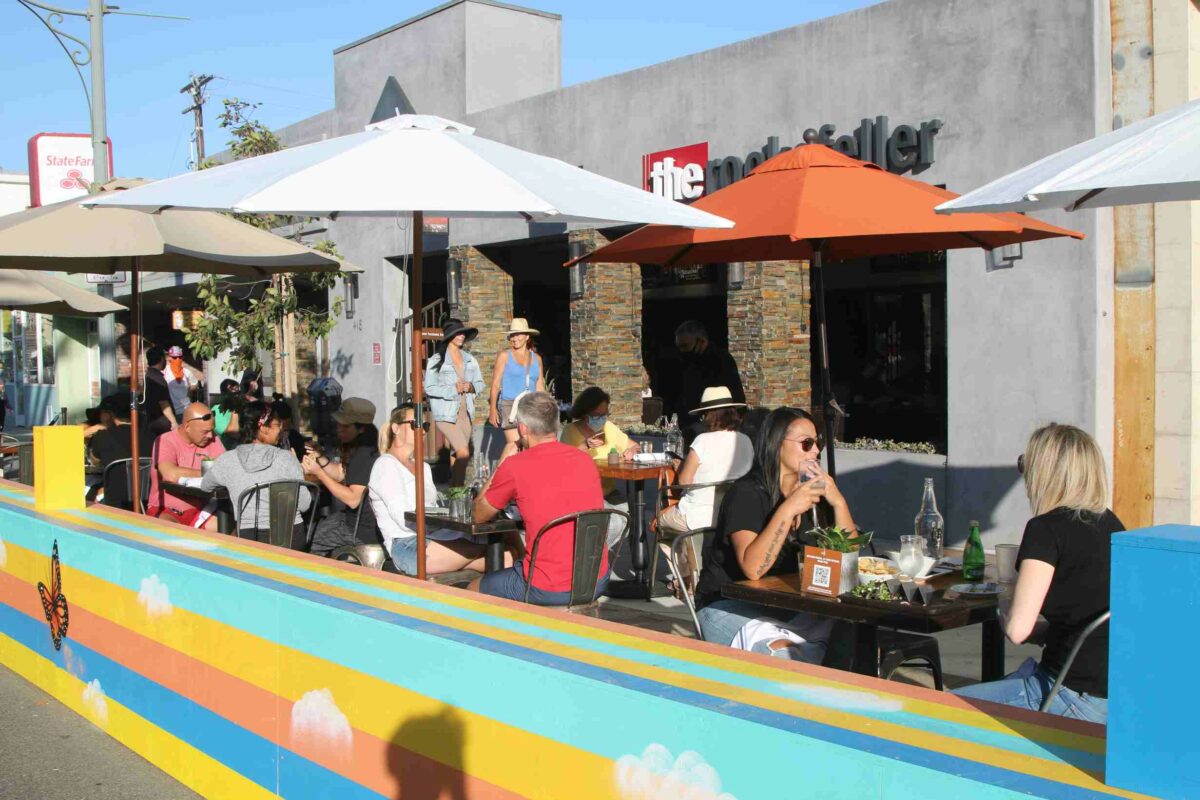 It took a pandemic to make it happen, but restaurants including The Rockefeller and Creme de le Crepe on Pier Avenue have finally been allowed to offer streetside dining. Photo 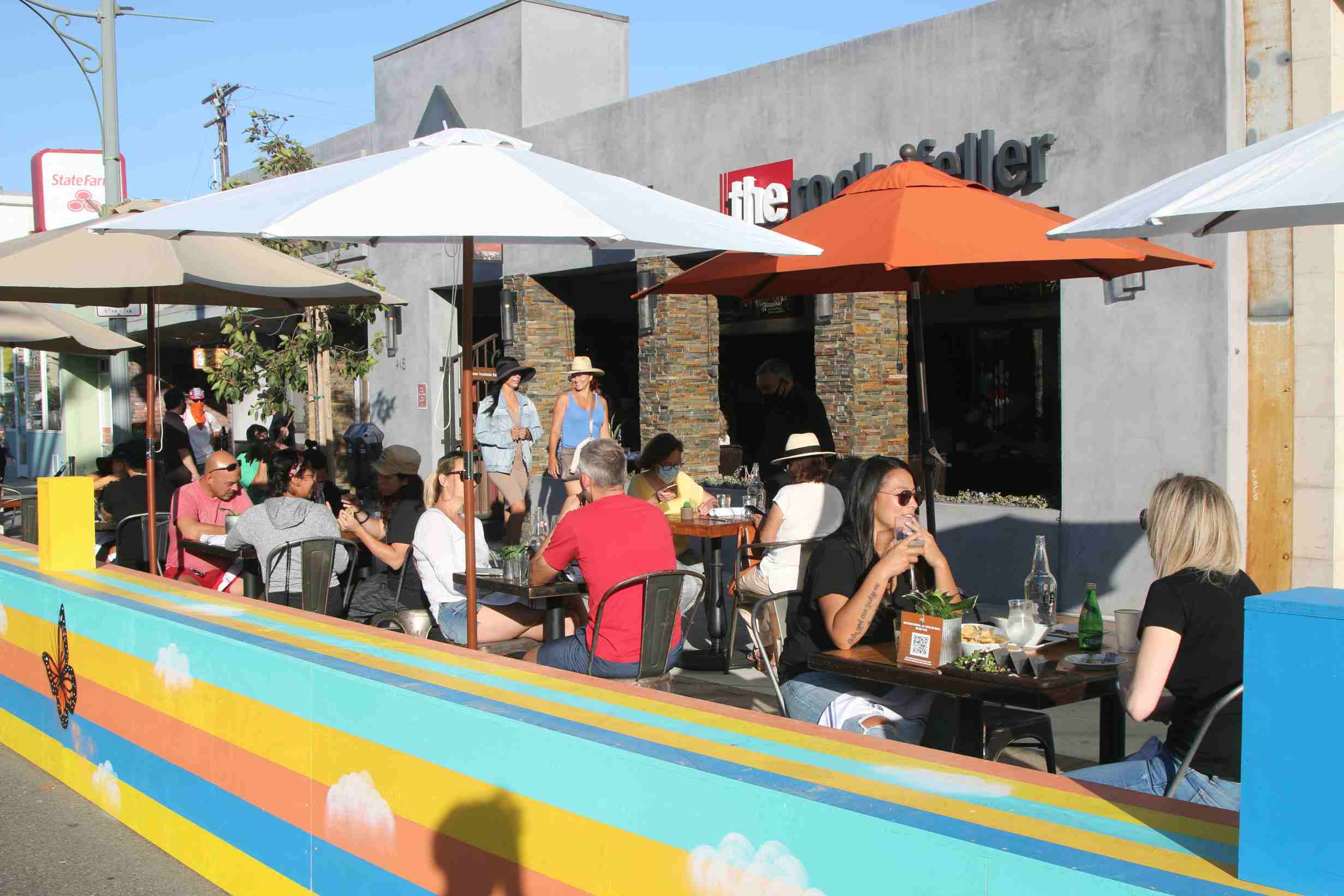 It took a pandemic to make it happen, but restaurants including The Rockefeller and Creme de le Crepe on Pier Avenue have finally been allowed to offer streetside dining. Photo

Last week, public health officials announced that Los Angeles County would cease outdoor dining for at least three weeks if the average number of new daily coronavirus cases over a five-day period went over 4,000. As of Sunday, that number was 4,097.

Local restaurant owners are rallying to convince the Board of Supervisors to block the health department’s temporary ban on outdoor dining.

The new restrictions will cease all in-person dining but allow pick-up and takeout service. The restrictions were announced on Sunday and will begin on Wednesday night. The Board of Supervisors will discuss the issue at its 9:30 a.m meeting on Tuesday.

The temporary ban on outdoor dining comes on the heels of a statewide surge of new daily coronavirus cases, which have now exceeded the previous threshold that allowed restaurants, breweries, and wineries to partially operate outdoors since May.

On Monday, the Los Angeles Department of Public Health reported the highest number of new cases in a single day since the pandemic began in March, with 6,124 new confirmed cases and 8 deaths.

L.A. County Supervisor Kathryn Barger announced in a press release on November 23 that she opposes that ban on outdoor dining and will be arguing against it at the Tuesday meeting.

“Businesses have made incredible sacrifices to align with safety protocols to remain open in order to pay their bills and feed their families,” Barger said in a statement. “We have come a long way to support workers and residents who are struggling to stay afloat and should not regress on the progress we’ve made.”

Janice Hahn, L.A. County Supervisor serving the 4th district, acknowledged in a tweet on Sunday that while cases are growing rapidly, shutting down outdoor dining may not be the answer to lower transmission rates.

“Some of these restaurants are barely hanging on,” Hahn said. “I hope this isn’t the last nail in their coffins. I wish we could have figured out a way to put in more restrictions rather than completely shutting down dining.”