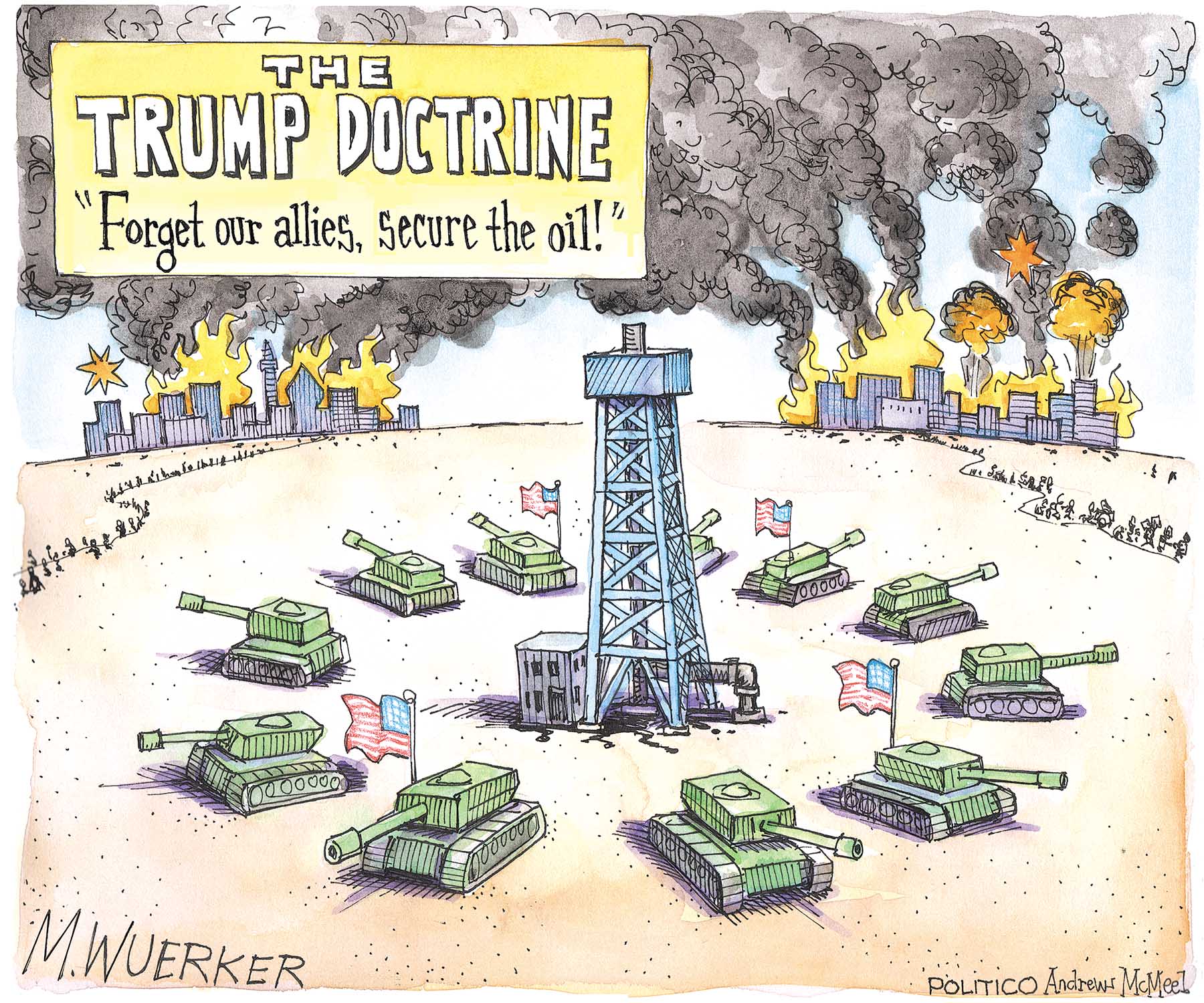 Why is there suddenly so much passion for using LA County fire services instead of maintaining our own independent Redondo Beach Fire Department? If we switch to county services it will be almost impossible to ever switch back [“Gran served with intent to recall,” ER Sept. 19, 2019]. Shouldn’t we ensure that such a move is beneficial to our community first? This really feels like a manufactured crisis motivated by the desire to remove from office someone who didn’t give in to special interests.

There should be overwhelmingly conclusive reasons to give up our local control and outsource core city services like public safety to the massive bureaucracy of LA County. The financial savings promised are muddled at best. LA County Fire is already considering a parcel tax to cover a $1.4 billion shortfall. Is that really what we want to sign-up for and give up local control over? When there’s a disaster, do we want LA County allocating life saving resources, or do we want a say?

If we have trouble negotiating with our own Fire Department, how do we expect to do better when dealing with LA County? I understand why outsourcing to LA County is beneficial to our firefighters, but what’s unclear is whether there’s any benefit to Redondo Beach. A recall is the wrong way to find out.

The utterly absurd arguments being proffered by the fear mongering, ill-informed city councils are beyond comprehension [“EIR released for West Basin desalinization plant,” ER Oct. 24, 2019]. The argument that we should recycle all water before building a desalination plant is absurd to the extreme. Many of us do not want to have recycled sewage water piped to our homes. That is a recipe for disaster since even the slightest failure could result in contamination of the water supply in ways that we can’t possibly imagine. Second, you can’t recycle what you don’t have. If water can’t be imported in the first place then you don’t have anything to recycle. Third, an earthquake that impacts the aqueduct system could take weeks if not months to fix. The resulting water shortage locally would be catastrophic.

Other arguments regarding the potential effects on the salinity of the ocean water don’t take into consideration the natural ocean currents and the sheer magnitude of the ocean itself. People in positions of power have absolutely no idea what they are talking about, and are just parroting stupidity from their naysayer constituents, who themselves just have to say no to everything for the sake of getting attention.

Desalinated water is only marginally more expensive than imported water, and the energy that will be used to make the desalinated water will largely come from renewable, non-carbon emitting sources. Desalination technology is evolving and new filtration materials already exist that do not require large amounts of energy to produce fresh water, so the energy arguments will become moot in time. Having a local fresh water resource is essential for our collective security. The cost is insurance against the real possibility of not having enough imported fresh water either due to drought or earthquake.

Thanks to the volunteers who helped us write comments in the Strand and Pier Hotel EIR process and collect 1,000-plus signatures including residents, current and former local council members, mayors and city commissioners [“Developer puts Hermosa Beach’s Strand and Pier project on hold,” ER Oct. 24, 2019]. The input showed that the project was too large in scope, creating warlike zones of construction. We are thankful for environmental laws to protect our public alleys and ocean views. Stay vigilant and we will succeed in having a reasonable limited project.

I’ll skip the platitudes of how Hermosa Beach council candidate Trent Larson is a good family man, that he’s in public service for the right reasons, that he’s fair minded and considerate, or that he has integrity and has the best interests of the city and its citizens first and foremost.

We need a person as a counterbalance to the majority now on the Hermosa Beach City Council. We see what California has become since the Democrats have a “super majority!” Highest taxes in the nation, passing Sanctuary State SB 54, which was unconstitutional, the failure of the high speed rail, spending almost 50 percent of our state’s budget on education, yet we’re still at 48th in the nation, the highest gas prices in the nation, Gov. Newsom’s recent rent control laws, even stopping tenant evictions.

These are state issues, but they filter down to the local level. Prop 13 is now on the chopping block. Our own State Assembly representative, Al Muratsuchi, promised his support for Prop 13, yet when it recently came to a vote, he voted “present.” Fortunately, it failed without his vote [this time].

Community Choice Aggregation (for electricity) is another debacle that our Council would love to implement. Hopefully, they will repair the sewer system first. That brings up another concern, that is water runoff polluting Santa Monica Bay. After months of diligent work with three other cities, the contract was won and Hermosa received their congratulatory letter. A win for saving the Bay. Not so fast, though, it seems that our Council forgot to include our local-vocal citizens. They put the “kibosh” on the deal causing the State and our neighboring city partners a giant hissy fit. Sometimes doing nothing is expensive.

Larson will offer new visions and not “rubber stamp” decisions. He will also “show up” for each Council meeting. We need change not same.

City Council candidate Trent Larson supported oil drilling in Hermosa Beach when it was on the ballot in March 2015. Over 80 percent of Hermosans disagreed. “Never mind,” we’re now told. Oil is “over.” It’s “divisive” to bring it up again.

Really? As part of its war on California, the Trump Administration has issued Executive Order 13795 to encourage oil drilling in federal waters off the California coastline, including Santa Monica Bay. Conveniently, the exact locations will not be disclosed until after the 2020 election.

Larson, a Trump supporter, has called fossil fuel “one of earth’s greatest gifts to man.” He’s never said anything against Trump’s plans.

On Jan. 23, 2018 and again on April 23, 2019, councilmember Justin Massey successfully moved to have Hermosa Beach oppose federal offshore oil drilling. Larson commented at the April 23 council meeting, but was silent on this.

At the Leadership Hermosa debate, Michael Detoy spoke against “oil derricks in our offshore” from this federal plan. Again, crickets from Larson.

On Sept. 11, 2019, the House of Representatives passed H.R. 1941 to prohibit new oil leases in the Pacific outer continental shelf. Regrettably, all California’s Republicans sided with the Trump Administration.

Do we really want to elect a councilmember who apparently sees nothing wrong with opening our coast to oil drilling? The battle goes on.

Please join the Sierra Club and other conservationists in supporting Justin Massey and Michael Detoy for the Hermosa Beach City Council.

The current Hermosa Beach City Council members, i.e. “the chosen ones,” urge us to vote for their attorney colleague in the upcoming election. The letters to the editor by councilmembers  Stacey Armato [“Reward hard work,” ER Letters Oct. 10, 2019] and by Mary Campbell [“Classy Massey,” ER Letters Oct. 17, 2019] reek of elitism. Armato puts down another candidate who unsuccessfully ran for office in the past. Personally, I admire his perseverance and his down to earth manner. I will take him over another attorney any day.

The letters make it obvious that a change is needed on the Council. The current Council does not listen because they feel superior to the public. In my view, the incumbent and Armato can take a hike and the sooner the better for our city.