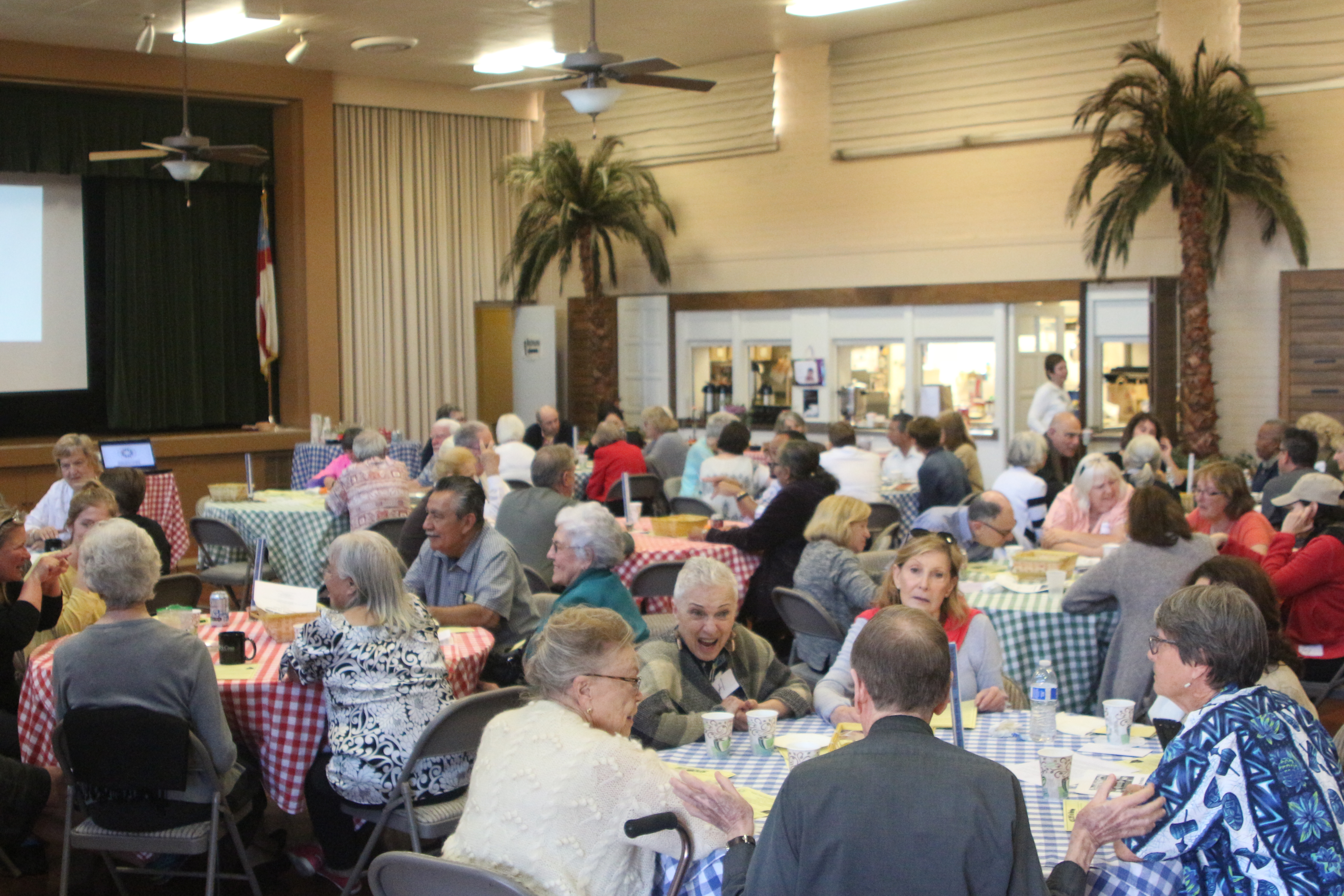 A Muslim, a Buddhist and a Lutheran walk into a room.

It may sound like the set-up to a joke, but it’s also a pretty good description of an Interfaith Café held last Sunday at St. Cross Episcopal Church. The event, hosted by the South Coast Interfaith Council, brought about 70 people of varying religions to the Hermosa Beach church in an effort to break down barriers that exist among people separated by creed.

“Where else can you get this kind of diversity?” said Patti Heckman, a past president and executive committee member of the South Coast Interfaith Council. “And isn’t that what the world craves today?”

Founded in 1953, the Interfaith Council brings together about 150 different faith organizations throughout the South Bay, Long Beach and a portion of northern Orange County. Among those present was Maneck Bhujwala, who serves as mobed, or priest, for the California Zoroastrian Center in Westminster.

“It breaks down the wall of ignorance that most of us have,” Bhujwala said. “We could all do with reading more international news. This removes the fear of the unknown.”

The event put grouped attendees into small discussion sections where they addressed faith topics and shared personal religious histories. At one table, a woman from Redondo Beach and a woman from Monrovia talked about lapsed Catholicism.

“I remember when the nuns were whacking you on the wrists,” the Redondo woman said. “They’re a lot more accepting now.”

The Interfaith council hosts nine of the gatherings per year, and will be hosting its Annual Assembly at the Redondo Beach Center for Spiritual Living on March 17. Parishioners have participated in Interfaith Cafés in the past, but this marked the first time that St. Cross had hosted the event, said the Reverend Greg Brown, associate rector.

The Monterey Boulevard church was an especially appropriate venue for the event, Brown said, because it shares a space with Temple Shalom. The two groups have a held a joint passover seder, and have plans for a joint trip to the Museum of Tolerance in Los Angeles later this year.

“We have a lovely partnership,” said Michelle W. Malkin, executive director of Temple Shalom.. “What they’re teaching is not that different from what we’re teaching.”