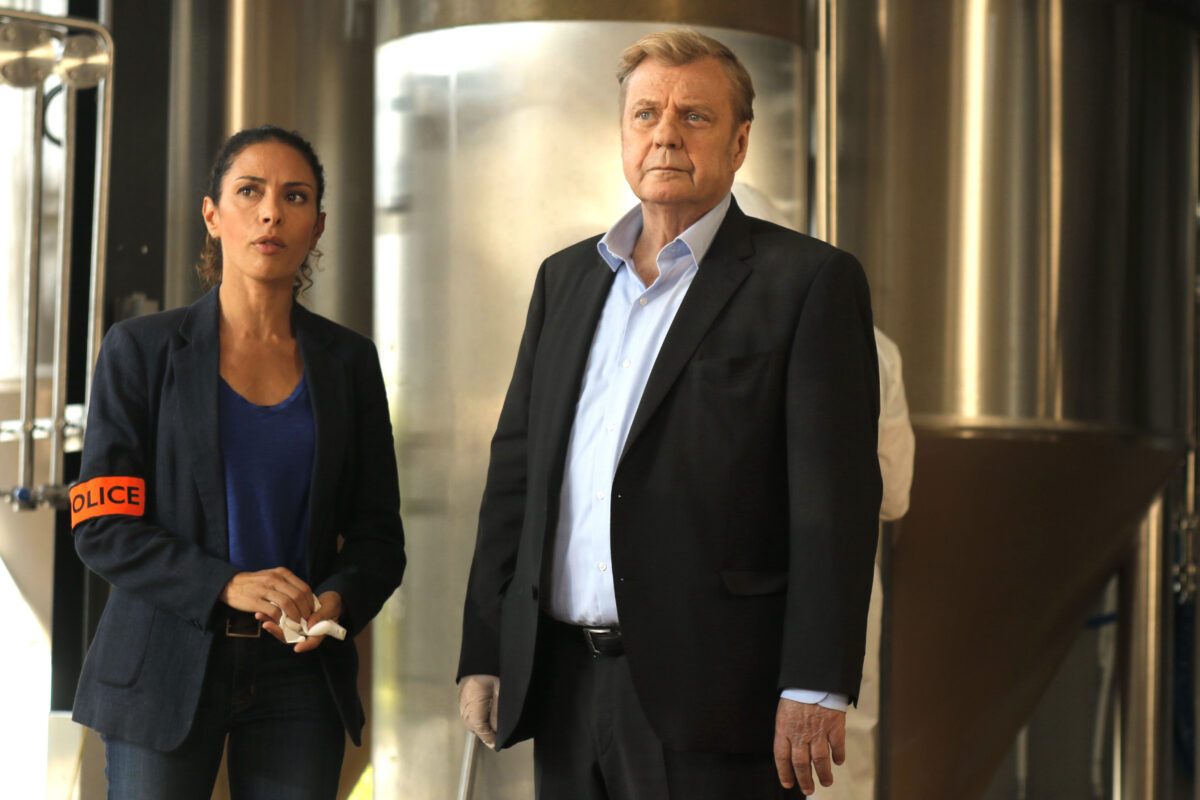 Welcome to the imaginary town of Saignac near Lille where the murder rate is almost as high as it is in Midsommer. Like Deputy Chief Inspector Tom Barnaby who handles an average of five murders per episode in the British series “Midsommer Murders,” Chief Inspector Simon Magellan and his trusted and luscious Lieutenant Selma end up with two or three. Just like the Oxford of Lewis and Morse, it is literally murder living in these small towns where the tranquil appearance can be quite deceiving.

Like DCI Barnaby, Magellan is middle aged (only if he’s going to live past 100), and is a bit dumpy, with short arms dangling awkwardly in his ill-fitting suits. He wears red socks and has twinkly eyes. He’s kind, doesn’t suffer fools, and always gets his man (or woman).

Season 4 of this very fun series is about to begin and luckily, like many character-driven procedurals, you can start at any point. “Magellan” has a habit of adding and eliminating characters but there’s always someone of interest and this season is no exception. Along the way they have disposed of Magellan’s best friend the chief prosecutor, and his older daughter (apparently at university in England). Magellan’s slacker nephew Ludo was introduced last season. We wait patiently for a recurring love interest for the talented and gorgeous Selma.

Murders in Saignac are always interesting and involve a cast of soap opera-beautiful and usually rich suspects, most of whom live or work in manor houses with servants. I actually marvel at how many deluxe mansions surround this middle class village. Even Magellan lives in a modern masterpiece with garden terrace. Obviously real estate is considerably cheaper here than in Paris.

True of all episodes is the convoluted plots. The murder is the murder, but there are usually a minimum of 6 or 7 suspects, each with a viable motive for killing the first victim. Now I say first victim because toward the end of the episode the suspect with the clearest motive is also murdered forcing Magellan and Selma to shift gears and pull the proverbial rabbit out of the hat. You literally can’t tell a suspect without a score card, so pay close attention and you will be well-rewarded. The plots can be delicious and this is definitely the case in the episodes that have been released for Season 4.

There is comfort in the template that the writers have created. A pivotal character is introduced at the very beginning (almost always described as hard working or generous or giving or unbelievably kind) and then he or she is hit over the head with a blunt object (seriously, it’s most often a thump on the head by something conveniently left lying around) and the race to interview everyone in the vicinity or with something to do with the victim begins. Everyone had a motive; the victim was hiding something; the suspects are hiding something.

Magellan does not take his work home and he has enormous respect for his Lieutenant who anticipates his every need, from the criminological standpoint. Unlike many of his television cohort, Magellan is always home for dinner and this is where the humor comes in. He has a lady friend, a journalist with the local paper, who’s always pumping him for information. His preteen daughter Cordelia is a schemer and beginning to be hormonal. And then there’s Ludo. Magellan’s bemused indulgence of this slacker who sleeps until noon, plays video games, and has yet to finish a single project is somewhat perplexing but Ludo is always good for comic relief.

I won’t go over the plot of each episode. Suffice it to say, someone gets murdered. When they go to interview a suspect, he will, invariably try to run away (to where exactly is unclear). A chase will ensue and Selma will catch and cuff him, regardless of his size or strength (remember, her boss is of a certain age, out of shape and doughy). And Magellan and Selma will solve the case after many detours. Like “Midsommer Murders,” the voyage down the country roads is the pleasure. So relax; enjoy; partake of Magellan, the French Barnaby.

Jacques Spiesser is charming and tough as Magellan. Selma Kouchy is his Lieutenant who really rocks tight jeans. Nathalie Bescançon is Florence, Magellan’s love interest. Marie de Stefano plays Cordélia the hormonal daughter. And last but not least is Franz-Rudolf Lang the fat, annoying and yet charming in his obliviousness, Ludovic.

Season 4 begins streaming an episode per week on  October 26.