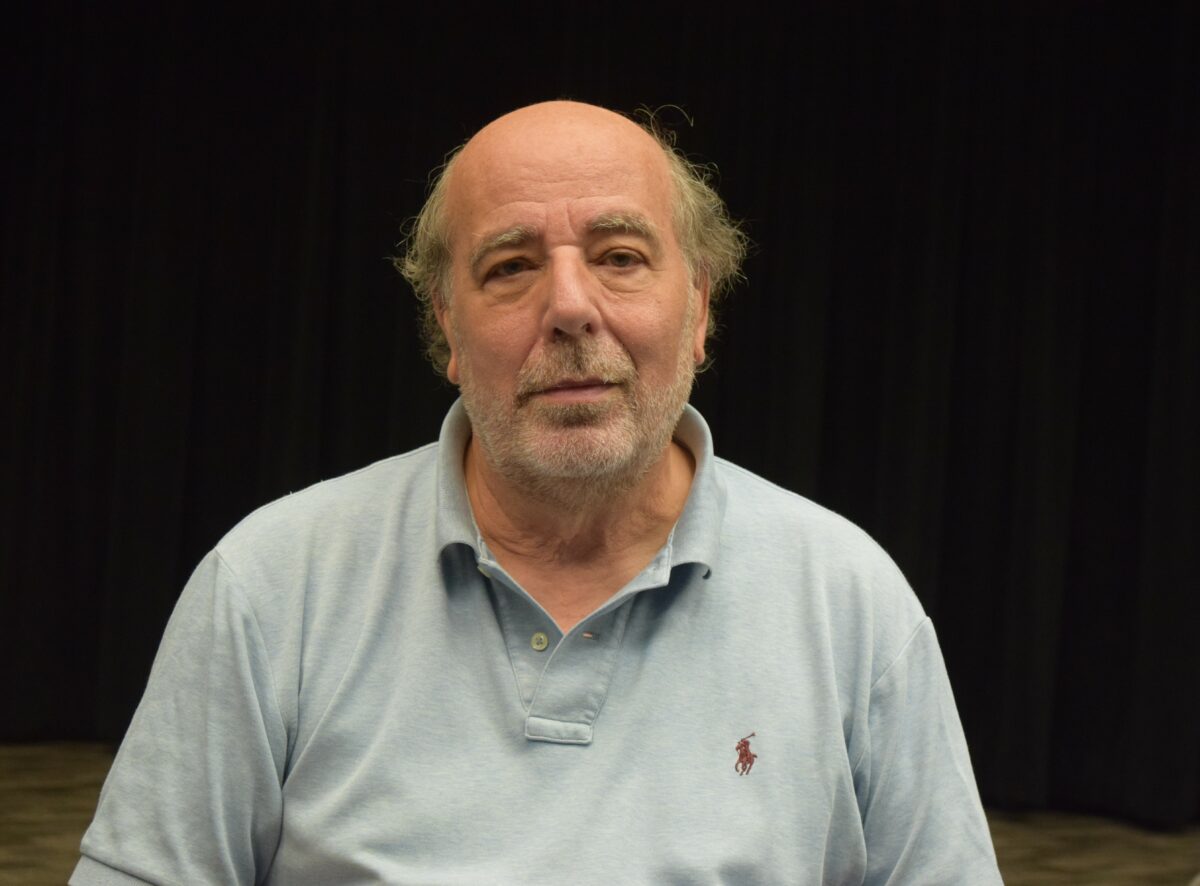 Close your eyes, and you’re halfway there. Although the lights won’t go down, theme music from such silver screen blockbusters as “Star Wars,” “Jurassic Park,” and “The Avengers” may induce a cinematic euphoria when the Peninsula Symphony, under the baton of Maestro Gary Berkson, presents “Masters of Movie Music” in Redondo Beach on Sunday, July 31.

Berkson’s tenure as the Peninsula Symphony’s music director and conductor began in 2009. Although he retired from the company in 2020, he’s been invited back to lead his former orchestra — and of course the audience — on a journey through some of the grander, and most sublime compositions in filmic history. The program also includes music from “Lawrence of Arabia” and “Gone With The Wind.”

We met up late one afternoon before rehearsals in the music building at Los Angeles Harbor College.

Peninsula Symphony presents a yearly, four-concert classical series, but then includes a Sunday Pops Concert, “of a lighter nature, without an intermission,” Berkson says, “in the hope that this would bring in people other than the hardcore music lovers to experience the orchestra.” And then, maybe, these newcomers will be hooked just enough to want to return during the regular season when they can hear the heavies like Brahms and Beethoven.

Berkson says the subject of the concert was his, as was the choice of music. 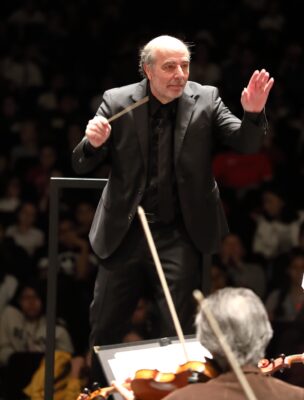 Gary Berkson: The maestro at the podium. Photo courtesy of Gary Berkson

On the surface, the selections seem, well, a little too popular. But Berkson explains why he picked what he did, which is to include something for everyone while at the same time bringing in selections from films not everyone is likely to have seen. Perhaps the one piece that audience members may be less familiar with is from “Witness,” a film directed by Peter Weir in 1988. “In other words,” he adds, “I always try to find a mixture between what is well known and what should be known.”

But it’s more than that.

“I always pick music that I like, of course, and then it’s finding the right balance in styles” — and in volume and intensity. If it’s only fast and furious then the orchestra will be petered out halfway through the program. In all, there’ll be 10 or 11 selections, and interspersed throughout the concert will be some commentary by the maestro himself to place the work in the context of cinema’s glorious history.

From Sweden with love

When Gary Berkson was hired to lead the Peninsula Symphony he wasn’t merely plucked from a neighboring county, and not even a neighboring country (although he had moved to California in the interim). He’d been connected with the Swedish Royal Ballet and Royal Swedish Orchestra. He was the artistic advisor and principal conductor of the Gothenburg musical theater, Stora Teatern, in addition to having served 10 years as the head of the opera division of the Royal Swedish Opera House. In short, a résumé that wasn’t too shabby.

He’d been in Sweden about 30 years when he suggested to his wife, Annika, that they move someplace where it’s warm all year long. They’d been to Southern California on vacation (Berkson was actually born in Los Angeles), liked the climate, and in 2008 decided to come here, with the idea that after 10 years they’d reassess their situation, whether to stay in the land of perennial sunshine or to head back to Sweden. In 2018 they chose to trade in their Bermuda shorts for earmuffs and overcoats, so to speak. But before they could pack their bags “COVID came, and that turned everybody’s world upside down, including ours — to a point that we’re not sure if we’re going to move back, and if we are going to move back when we will move back.”

But don’t feel too sorry for them yet. The lull in musical commitments as a result of the pandemic has allowed the Berksons to get out of La Quinta, where they live, and to do lots of other things they’d had no time to do before. “In the past,” Berkson says, “I’ve only traveled to places where I’ve worked.” He laughs. “Any place that doesn’t have an orchestra I’ve not been there.

“So this is giving me a chance to do other things. I might end up doing a concert someplace or be with another orchestra. Or not. I just sort of go with what happens at that moment.” 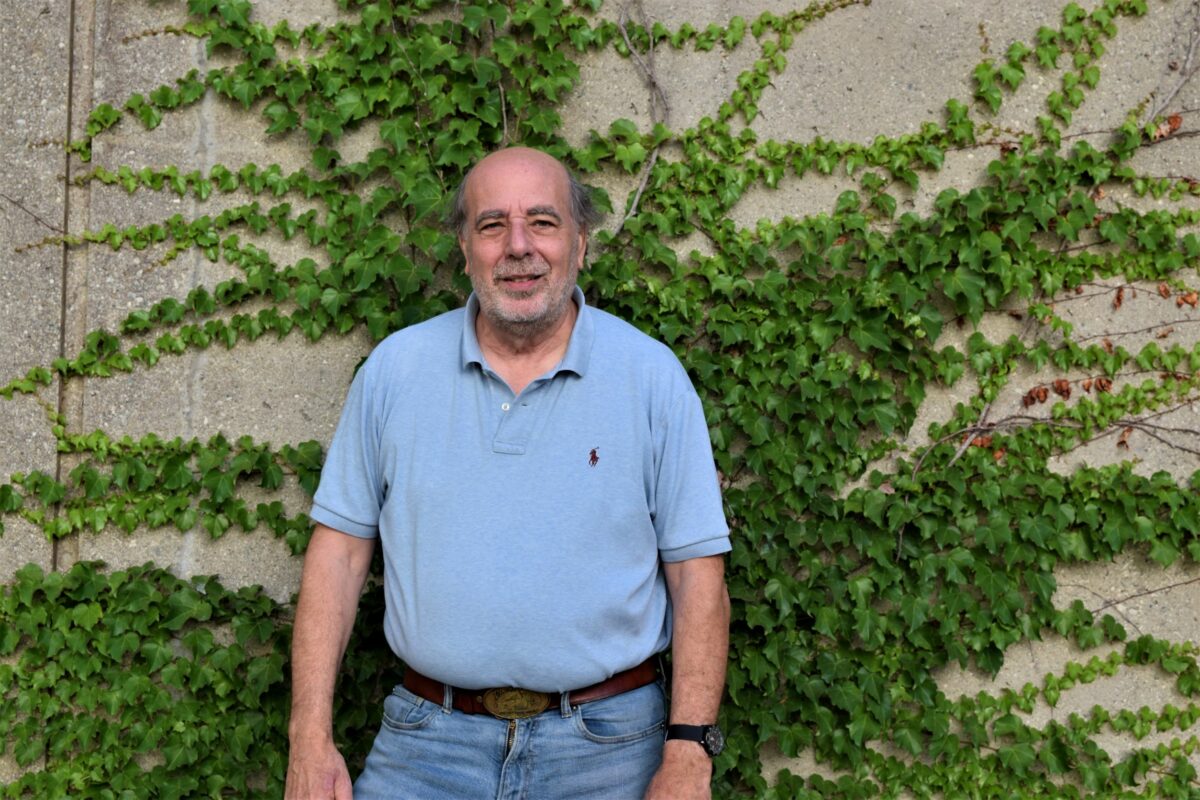 Tap, tap, tap. That’s the sound of the baton on the podium. There are several rehearsals for the orchestra, which is comprised of talented but non-professional players from the local community as well as professional union musicians. The former group gets a couple of rehearsals and then there are two more with everyone participating. On the day of the concert there’s a run-through in the performance venue where adjustments can be made for things like communication between different parts of the orchestra that may not have been noticeable in the rehearsal hall.

Berkson says he’s a pretty good judge of acoustics, so he’ll know what to look for, ahem, to listen for when taking the musicians from one venue into another. “A number of years ago, after we left the Rolling Hills Covenant Church, and moved into the Redondo Union High School Auditorium, I told the orchestra, I’ve got good news and I have bad news. The good news is that the audience is finally going to be able to hear every single note you play…”

And that’s the bad news too!

Berkson laughs. “That was exactly it, the same as the good news.”

He spent 10 years at the helm of the orchestra (founded, by the way, in 1967 by Maestro Joseph Valenti), so what is Berkson proudest of, and what does he feel he’s brought to his players that maybe they didn’t have or weren’t exposed to before?

“First of all, I’ve broadened their knowledge of the repertoire,” he replies. “I’ve always made it a point to try to find something, pieces that you know versus pieces you don’t, or pieces that should be played that have never been played. I was always looking at the history of the orchestra to try and balance those things, to broaden (the repertoire) for the musicians as well as the audience.”

Berkson points out that everyone loves the Baroque, the Classical and the Romantic, but when he first arrived at Peninsula Symphony he inquired about the audience’s experience of or exposure to 20th century music. He was told, and whether it was or was not a serious reply he’s not altogether sure, that contemporary music for this particular audience ended with Gershwin and Copland. “And I said, okay, I know a lot of Copland they’re going to hate.

“So another one of my goals was to expand that knowledge, to say that just because it’s of our time doesn’t mean you’re going to hate it. But you have to open up your mind to it and understand what you’re listening to and why and what the music is saying. If you set that up correctly, then you will find that the audience will go with you, which I’m happy to say they have.”

Over the years, according to information from the Peninsula Symphony, Berkson has presented 147 different works with only one repetition, that being Tchaikovsky’s violin concerto. Altogether, he’s highlighted 74 composers from 20 countries. These have included Japan, Nigeria, Venezuela, Poland and Wales. And speaking of Wales, or whales, well, we’ll get to that in a second. Additionally, there were 19 performances of works by American composers.

Of the latter, Berkson singles out Louis Moreau Gottschalk, a mid-19th century composer and also, closer to the present, the 1993 composition “Dead Elvis” by Michael Daugherty and the better-known “And God Created Great Whales,” by Alan Hovhaness, with its pre-recorded whale vocalizations, which premiered in 1970. Presumably it pairs well with Debussy’s “La Mer.”

It seems like the audience got a kick out of these works. But what about music from the so-called minimalist composers such as Philip Glass, Steve Reich, and Terry Riley?

“Had COVID not come,” Berkson says, “we would have been doing a piece by John Adams. Unfortunately COVID took John Adams’ piece out the window.”

At the same time, he acknowledges that some of the works by these recent composers might be beyond the grasp of the community players. “We have to play music that everybody can play,” he says. “Some of it might be really on the edge for some of the players. That’s okay. But no one gets to go over the cliff.”

There’s one more thing that Berkson is especially proud of, and which many community orchestras fail to achieve, and that’s the ability to lower the volume. These other orchestras, he says (and of course he’s not talking about the L.A. Phil or others of that caliber), “when it’s supposed to be soft, they don’t play soft, ‘cause that takes a lot of effort. And I don’t accept that. If it says soft, it’s going to be. And if it says it could be even softer, it’s going to be. And if it says it’s supposed to be almost inaudible, I want the people — I don’t mean in the back row but the front row — straining, leaning forward, to hear what it is we’re playing.” 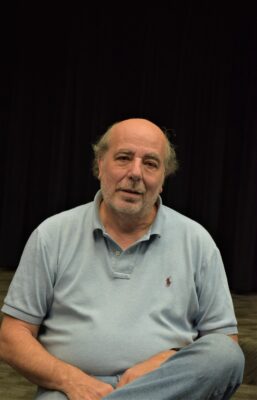 He won’t be pinned down

Can you guess Berkson’s favorite composers? Well, don’t spend too much time on it, because…

“I have three,” he says. “The one I just conducted, the one I’m conducting now, and the one I’m going to conduct next. Sorry.” He laughs. “It’s a cheap answer, but it’s the standard one: It also works for ‘Which is my favorite opera, my favorite ballet, my favorite piece of music.’ It’s the same three.”
How about, favorite composers that we may not know but we should?

He sighs, and doesn’t take the bait. “It’s because, where do you start?”

But Berkson does leave some wiggle room for the music he programs.

“Most of the planning I did, I did five years in advance, which gave me lots of time to change my mind as the time got closer” — that is, if he suddenly stumbled upon a piece and had an aha! moment. In that case, even if the new find was placed on the backburner, Berkson allowed for, and retained a certain flexibility.

But that was pretty much then. So what about now? Berkson has a simple, three-word answer for the rather generic question, Where do you go from here?

“I don’t know.” He compares his life or his life’s trajectory to a straight line. However: “I’m sort of like a drunk, I keep wavering to one side or the other depending on what’s going on, and then I find my way back to the set line, and then I find that I’m swinging to the other side. So, for me, it’s not getting to the goal, or the end, it’s what I’m doing on the way there — and I probably never will, and I don’t know what that is anyway.

“I just go wherever it feels right, and that’s much more fun than trying to plan it out. So I just use an old dated expression, ‘going with the flow,’ which,” he adds with a smile, “hopefully will not be down the sewer.”