Much Ado about Romeo and Juliet 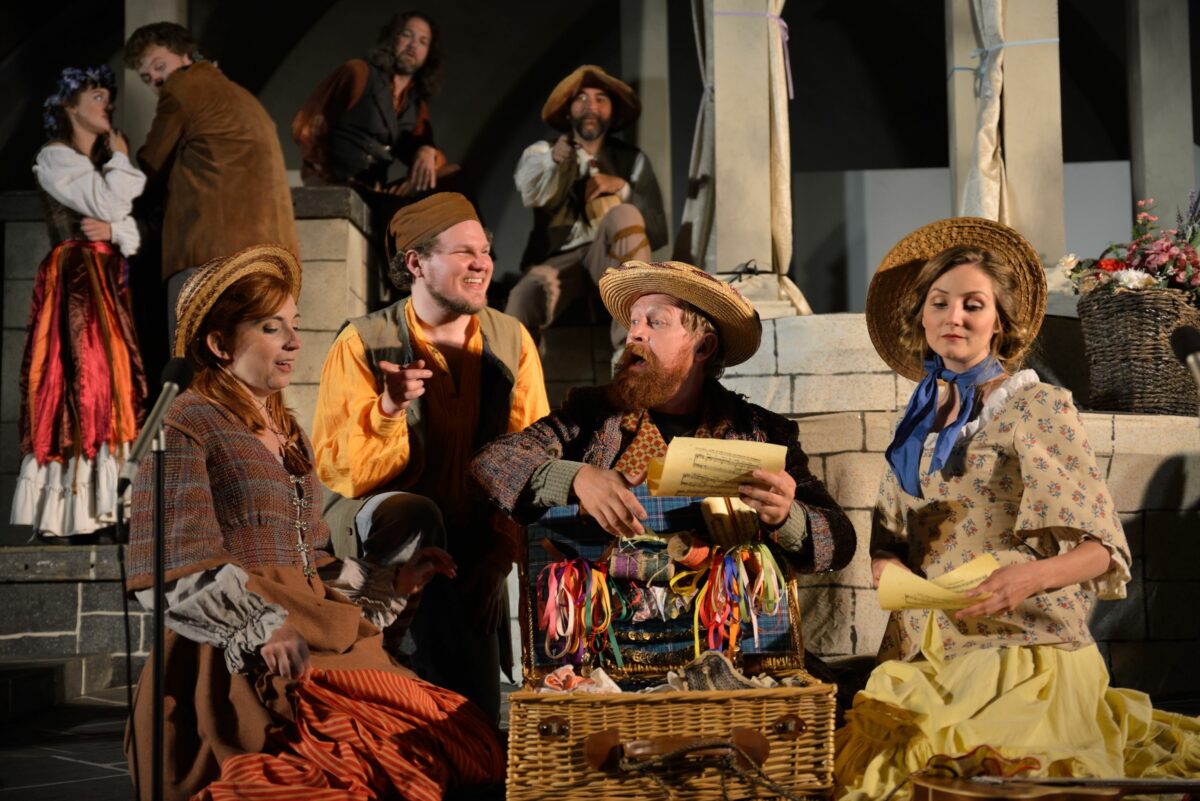 “The Winter’s Tale,” performed by Shakespeare by the Sea in 2018. Photo by Nenad Bozin. The troupe is back on the wagon trail this summer with "Romeo and Juliet" and "Much Ado About Nothing"

All the world’s a stage… after a long intermission

On the road again with Shakespeare by the Sea

The South Bay’s only theater company devoted to the Bard has been spinning its wagon wheels these past couple of years, but they’re back this spring and summer with productions of “Much Ado About Nothing” and that perennial tearjerker “Romeo and Juliet.” All of the performances, which take place in parks across the Southland, are free.

The company was founded in 1998 by producing artistic director Lisa Coffi, who says that she never imagined “that my college MFA Theater Management thesis project on chaos theory and theater would become an annual tradition for me and for thousands of patrons, actors, volunteers, and friends. Challenges that seemed impossible to overcome forced us to think outside the box time after time and create solutions. There has been a multitude of individuals who have put their mark on SBTS throughout the years, and have helped make the organization what it is today.”

As for the return to touring, Coffi says, “I’m tickled pink to not only be returning to live performances for our 25th anniversary, but that we’ll be able to tour to some of our favorite locales.”

Stephanie Coltrin has directed numerous productions for the company.

“This is my thirteenth season with SBTS,” she says. “We use the word magic a lot around here, but that’s simply what it is. Working with artists I love, with the best audiences in the world, digging into the most beautiful words ever written, is the reason that I come back every year. We receive letters from people who have developed or honed an already existing lifetime love of Shakespeare and theater because of their experiences at SBTS. That’s pretty amazing. It doesn’t get any better than that.”

Suzanne Dean has logged 23 years with the company, and during that time, she says, “I have borne witness to what it looks like to bring the classics directly into communities, removing a key barrier to arts accessibility. We’ve performed in amphitheaters and parks of every shape and size, but also baseball fields, soccer grounds, cemeteries, playgrounds, beaches, on Catalina Island, asphalt basketball courts, shopping malls, museums, plazas, military grounds, under-utilized bandshells, plots of grass, and parking lots. Give us a plot of ground and space for viewers and we’ll transform it into a Danish castle, a bridge in Venice, the forest of Arden, a ship, the Roman Forum, a church, battlefields, an Egyptian palace, or a magical island just for the night. Always awaiting an audience that will come and leave transformed.” 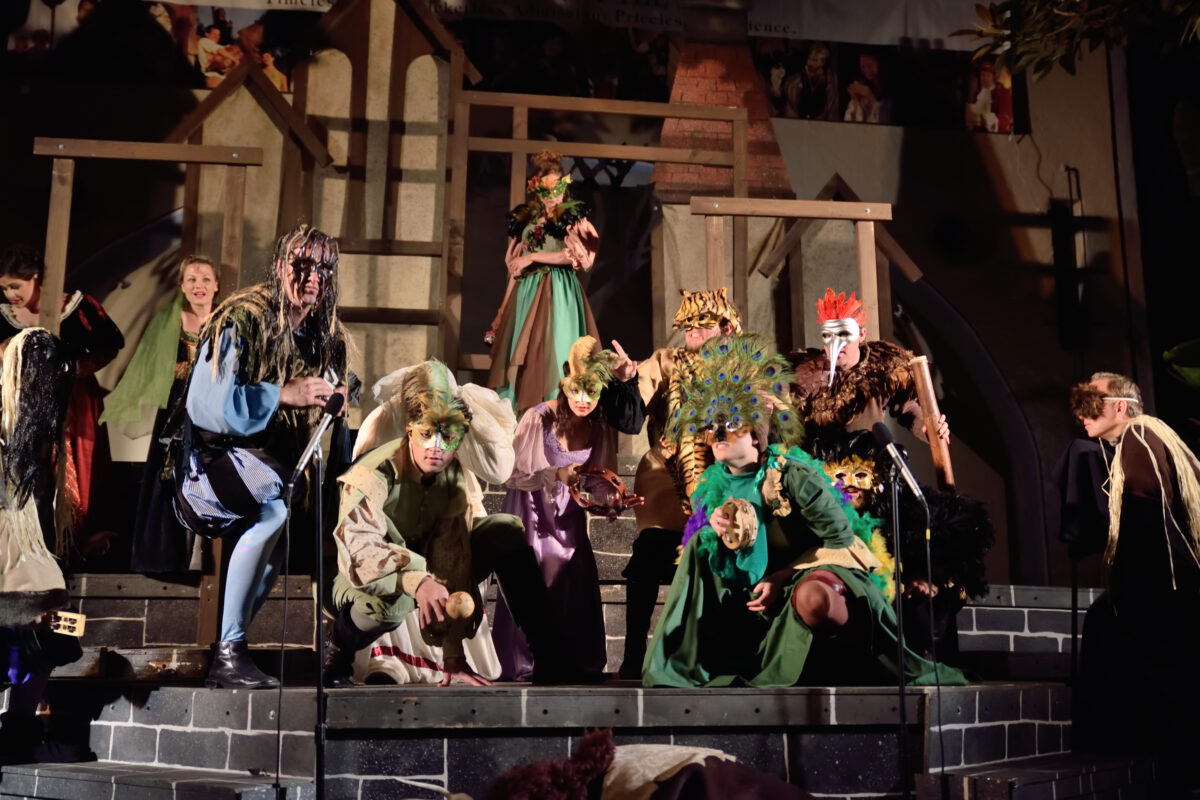 “The Merry Wives of Windsor,” performed by Shakespeare by the Sea in 2004. Photo by Miguel Elliot

Regarding this season’s two productions:

Amanda McRaven returns to direct “Much Ado About Nothing.” To say she’s fond of it is no understatement: “I love this play. I love Beatrice. I love Benedick. I love that it has one of the greatest comedic scenes ever written. I love that it is playful and maddening. I love that it is, ultimately, a play about our friendships and how we love each other. I am dancing in my shoes to be returning to SBTS to direct it.”

“Romeo and Juliet,” says director Stephanie Coltrin, “is so much more than a tragedy. Filled with humor, romance, love, it’s also a tale of two people daring to be who they are, and wrongly thinking that their love can overcome their circumstances. The play explores the joyful effects of love contrasted against the devastating effects of prejudice, hatred and secrets.”

Local performance dates and locations for “Much Ado About Nothing”

Local performance dates and locations for “Romeo and Juliet”

Shakespeare by the Sea