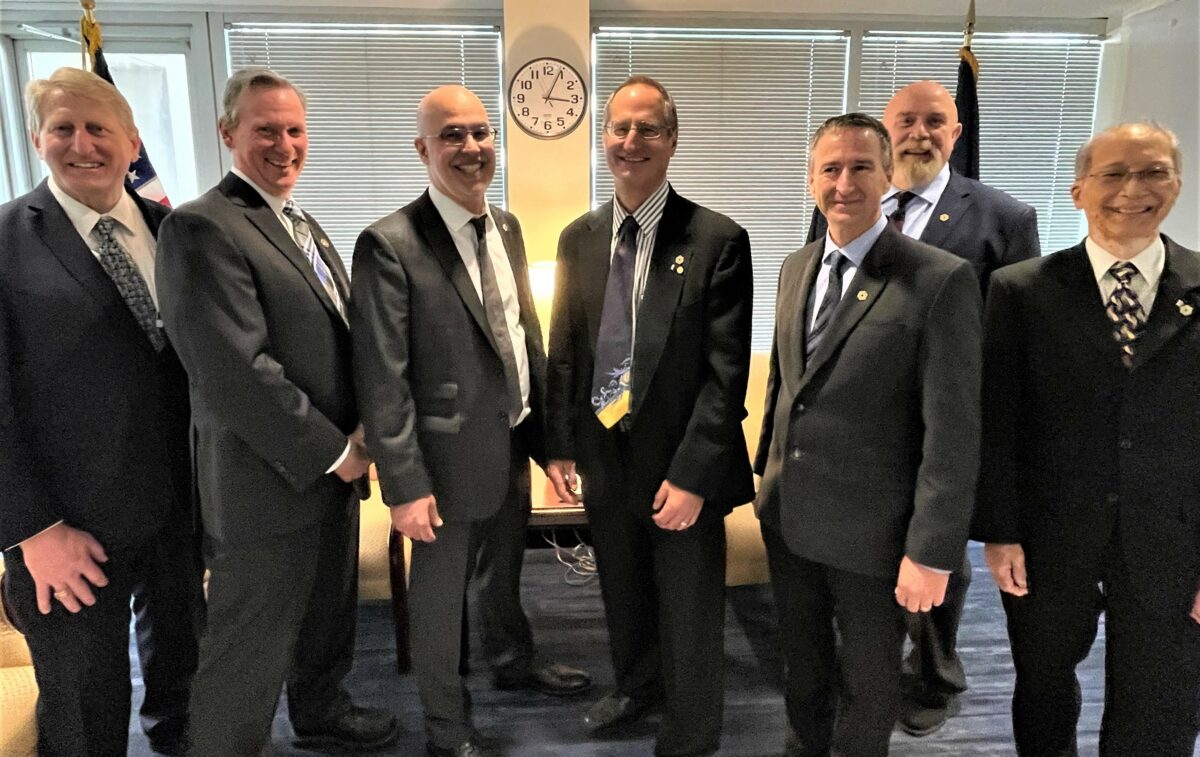 Six Northrop Grumman employees were named for NASA’s highest honors Nov. 3 for their contributions to the design and construction of the James Webb Space Telescope.

These are NASA’s highest accolades for non-government workers.

“The dedication and commitment of these individuals represent the pioneering spirit of our entire team, and embody our relentless pursuit to advance human discovery,” said Northrop Grumman CEO Kathy Warden.

The company’s Redondo Beach site acted as the prime contractor on the Webb Telescope project, which spanned 19 years, until launch last Christmas Day.

Willoughby and Atkinson received NASA’s Distinguished Public Service Medal, recognizing contributions to NASA mission success and advancement of the nation’s interests through “extraordinary service and a profound level of excellence.”

Willoughby worked as Northrop Grumman’s vice president and program manager for the Webb, starting in 2009.

He oversaw all aspects of the program, until the telescope reached its orbit last winter.

Atkinson, director and chief engineer for the Webb, began on the telescope in 1998, developing and testing the spacecraft for more than 20 years.

Flynn worked on the Webb onward from 2004, in multiple roles.

Finally, Andy Cohen, Andy Tao and Scott Texter, all now retired, were presented with a NASA Exceptional Engineering Achievement Medal, recognizing engineering contributions toward the achievement of a NASA mission. The award also honors those who have enhanced the field of aerospace and advanced the state of engineering practice.