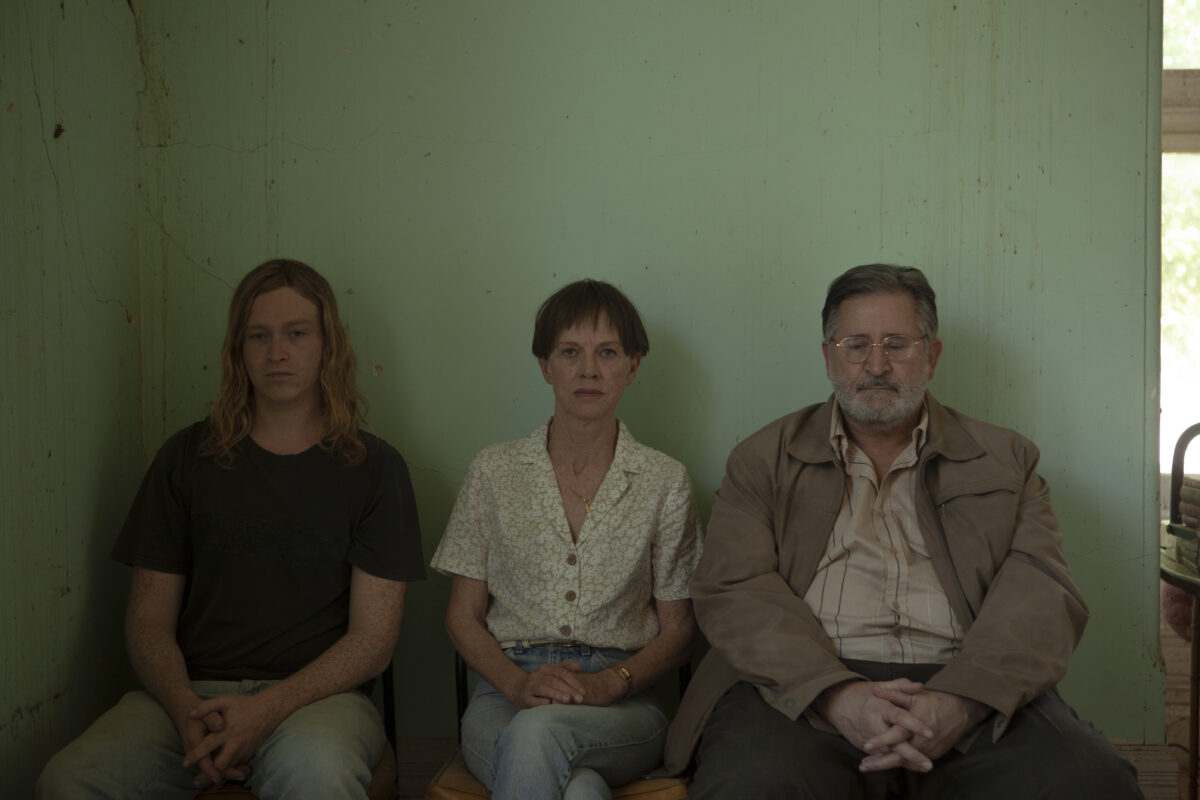 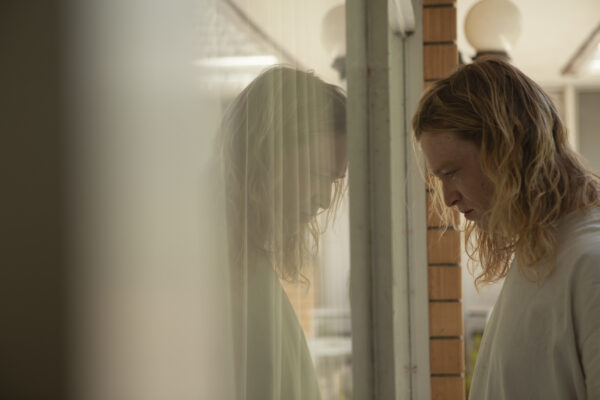 “Nitram” is an Australian film directed by Justin Kurzel that attempts to make sense of, or at the very least define, the disturbed young man responsible for the Port Arthur massacre that killed 35 and wounded 23. Therein lies the primary problem with this well-intentioned docu-drama: there is no sense and nothing is defined.

Nitram never fit in. Intellectually and behaviorally challenged (in less politically correct times he would have been called something else), he is still living with his parents. Unable to grasp even the most obvious societal clues, he wanders aimlessly, annoying all around him. Whether it is his propensity for shooting off firecrackers, destroying property, or fabricating adventures, he is clearly “off.” His mother has tried everything and is at wit’s end. She has shouldered the burden of trying to find ways to help her son and her lack of success has taken its toll. She is worn out and bitter. Clearly nothing in life has worked out for her. The father, a dreamer with limited financial prospects, is more patient with his son than his wife, helped enormously by his lack of insight.

It’s not that Nitram doesn’t notice he’s “different.” He tries endlessly to help out, but somehow always seems to make things worse. On one such day, going door to door with a defective lawn mower, he offers his services to Helen, a reclusive millionaire. Identifying a childlike spirit in need of nurturing, she offers him work. Soon the 50-something eccentric has essentially adopted the 20-something young man and indulges his whims, even buying him a car, despite his lack of a permit. Below the surface, however, the signs of violence are present. When Helen drives, he loves lunging for the wheel and making her lose control of the car. Most significantly, he manifests an early love for guns, something she forbids. Needless to say, his mother is flummoxed and worried about this situation. It is both a blessing and a curse when Nitram goes to live with Helen full time. He is not so dim that he doesn’t understand the benefits of unlimited spending.

But the first of several tragedies occur when Helen is killed in a driving accident caused by Nitram. Doubtless her death was unintended because she was his best and only friend. He was also her sole heir and he inherited her fortune. Understanding that his father’s dreams had been crushed when a property he was trying to buy was sold out from under him. Nitram tries to right this wrong by offering a bag full of money to the people who bought the property. His lack of success and the subsequent suicide of his father played a major role in further unhinging him. From there it’s a short hop from collecting weapons to mass murder.

The intention of both the writer, Shaun Grants, and director, Justin Kurzel, was to shed a light on the whys and wherefores of a person like Nitram. I don’t think they did. All the characters are at the end as they were at the beginning. There is no gradual transformation from intellectually challenged misfit to murderous monster. We are served a never ending platter of a hulking doofus with dead eyes. Surely there must have been some way to more subtly define Nitram and the hurts he must have felt. The lack of depth shown by most of the actors has to be shared equally by writer and director.

The casting was excellent and should have ensured more insight into the people they portrayed. Judy Davis (Mum) is one of the exceptions. There is little on the page for her other than rage — rage at how her life turned out, rage at her inability to help her son, rage at her husband’s inability to help her. Her words express her exasperation and anger; her eyes show the pain. She is a master and has been seen too little in the last few years. Anthony LaPaglia (Dad) is given little or nothing to do other than spout a few supportive words. Losing his dream property is offered up as the doorway to his depression. His suicide is presented as expositional. What a waste of an exceptional actor, one who has been shown in the past to be as adept at comedy as he is at drama, both of which could have greatly helped his character and the film. 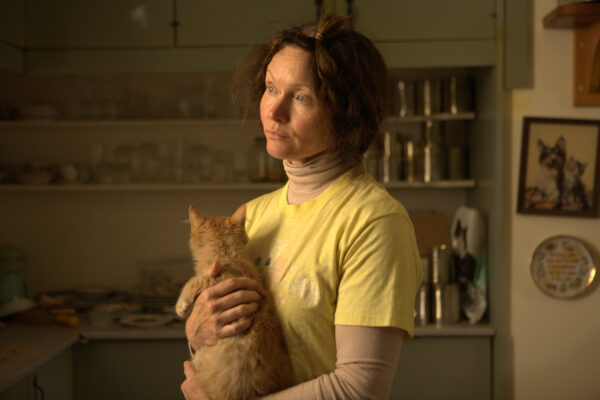 Caleb Landry Jones as Nitram has the most difficult of all the roles and comes up short. Certainly his hulking Nitram is off putting and he portrays the helplessness and awkwardness of his character quite well. His accent is spot on, especially considering he’s from Texas, but one can’t help but feel that he was cast because of how eerily he resembles the real Nitram. More troubling about the performance, and this, too, goes back to the writing and directing, is the lack of character development, especially when he’s left untethered by Helen’s death. Although one can assume that he had some kind of plan with the guns he bought and a desire to be noticed, there must have been something that triggered his desire, either for revenge or attention, besides having recently seen a television news story about a massacre at a primary school in Scotland. His transformation from benign to dangerous, in some ways, was death by a thousand paper cuts. The audience knows he’s different but it would have given more depth to the overall story to see more people taking advantage of him and his gradual acknowledgement of these slights.

Exceptional in all of this, and in every way, is the performance of Essie Davis as Helen. Perhaps it’s because her role is better written or maybe it’s because Helen is the fulcrum in the trajectory of Nitram. She makes us believe in the good natured eccentricity, warmth, and patience of Nitram’s unlikely patroness. Essie Davis makes us understand that such a person could have existed and that her unconditional love of a very unlikeable creature did make a difference while she was alive and had an opposite causal effect when she died.

Opening March 30 at the Laemmle Royal, on AMC+, and as a digital rental.