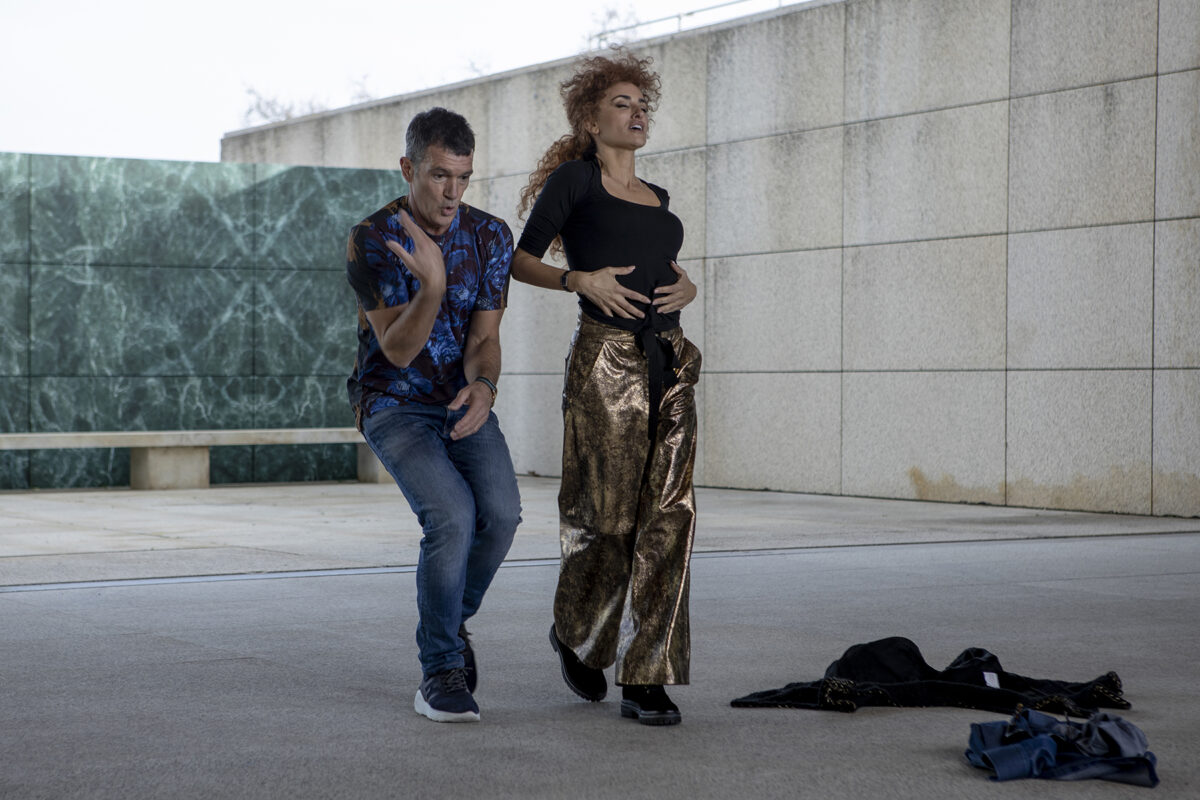 When Spanish Pharma billionaire Humberto Suárez announces to his aide that he would like to make something that would solidify his legacy, he mulls over two choices. Number one: a bridge by a famous architect that would bear his name and could be gifted to the country. Number two: a movie. But not just any movie; a great movie that would enter the canon and the world would know his name because he would be the sole producer. Yes, that’s it. A movie! About what? How should he know? That’s why you hire a director and he hires one of the most famous and lauded of them all, Lola Cuevas, to put it all together. For her, he has purchased (at an obscene price) the recent novel by a Nobelist entitled Rivalry. And we’re off to the races. 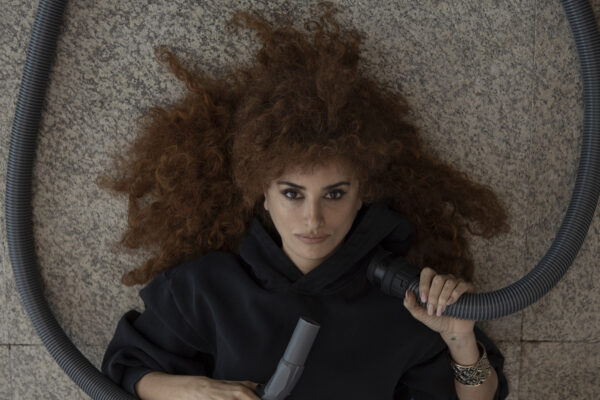 The very hip, avant garde Cuevas, whose films win awards but little box office, has definite ideas and presents a rough outline of her film to Suárez. This is a story about two estranged brothers, Pedro, successful, and Manuel, a wastral, whose paths collide when a car accident, the fault of the drunken Manuel, kills their parents. It is Pedro whose testimony against his brother sends him to prison for many years.

Cuevas has set her sights on Spain’s two greatest actors. Félix Rivero is an internationally renowned movie star with homes around the world, four ex-wives, five kids, and a bevy of mistresses. He arrives the first day in his Lamborghini driven by his newest girlfriend. Iván Torres is Spain’s most famous theater actor and teacher, disdainful of commercial media, to the left of Castro, and still married to wife number two after 28 years. He arrives in a taxi. The scene is set.

Cuevas has brought them together and now it is her challenge to manipulate the barriers between them and meld their styles to her desires. She is well aware that their respective egos will keep them unaware of her machinations in developing the rivalry she wants for the appropriately named film.

When first they all get together, Cuevas asks each of them about the characters they will be portraying: motivation, meaning, backstory, who that person is. Torres is very expansive, elaborating Pedro’s childhood, relationship with his parents, his successes, motivations, and desires. Rivero, laughing, merely states that he’ll act what’s written on the page. He doesn’t need a case history to relate to audiences or audiences to relate to him. This immediately brings to mind the famous encounter between Dustin Hoffman and Lawrence Olivier on the set of “Marathon Man.” When Hoffman explained how he used The Method to find his character’s motivation, Olivier replied, “My dear boy, why don’t you just try acting?”

Cuevas is the kind of director that actors hate, and hate may be too mild a word. She is the queen of something called “line reading.” As the actors go through the script, trying to get a feel for character and story, she repeatedly stops them and asks them to repeat until she gets exactly the nuance she is looking for. When Torres suggests an alternative interpretation based on an excellent rationale, her answer is simple. No. Over and over her line specificity and methods to instill tension grate on the actors. She will stop at nothing to increase the tension between the two men, and she is succeeding beyond her wildest dreams. The veneer of civility begins peeling like lead paint in a tenement. Seething resentment is everywhere and will only increase as the time approaches when actual shooting begins. 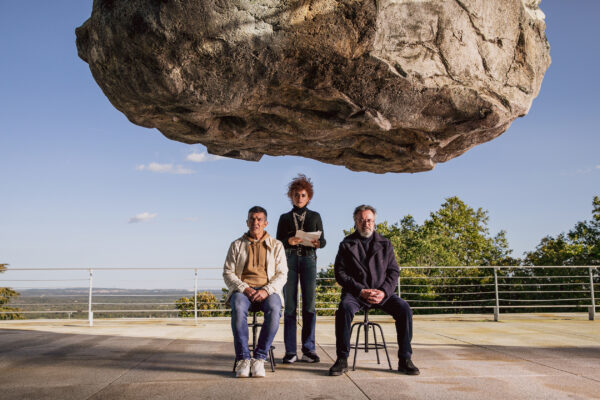 Revealing more would only diminish the joy of watching the interactions between the three protagonists. Suffice it to say that the script by Mariano Cohn, Andrés Duprat, and Gastón Duprat is subtly, and sometimes not so subtly, hilarious. It is a knowing look at how films are made, and in some cases unmade, with all the interdependent conflicting personalities. Directed by Cohn and Gastón Duprat, everything about the film works. Everything flows together magically and they use the stark interiors of the Neomudéjar Museum in Madrid, as well as the striking exteriors of the Centro de Congresos y Exposiciones in Ávila to set the scene. The production design of Alain Bainée is faultless and is enhanced by the exquisite cinematography of Arnau Valls Colomer. Special mention must also be given to costume designer Wanda Morales. The interior characters of the rival actors are expressed loudly and clearly in the clothes they wear but it is what she designed for Cuevas that puts her in another league. Those bright, sparkly, flowing garments almost overshadow her character. Even if the film weren’t outstanding, it would be worth seeing for those costumes alone.

And the icing on the cake of this beautifully written and directed film are the actors they got for these juicy roles. Highlighting the performances of all is the vulnerability that underscores their complete lack of empathy. Oscar Martínez, an Argentine, playing the role of Torres, is the least known to American audiences although he has worked memorably for the writing-directing team in a previous film, “The Distinguished Citizen,” and was also seen in “The Tale of the Weasel” playing, ironically enough, a cynical director. His arrogance and disdain, combined with the obsequiousness he shows Cuevas, is the most subtly humorous performance in the film. That his character is humorless plays beautifully into the comic action of the others. 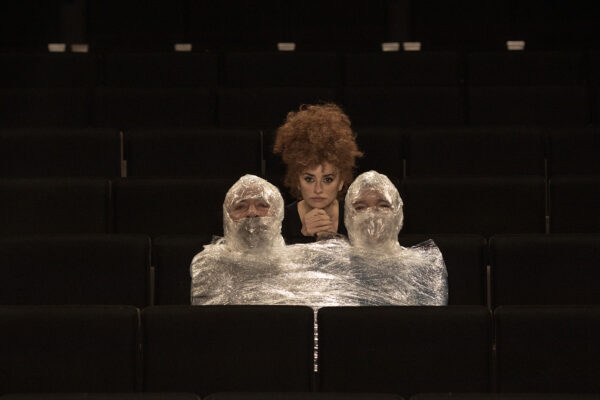 Antonio Banderas, Rivero, is so perfect as a satire of himself, an international star, that one would begin to think in terms of type casting. And oh how wrong you would be. The hilarious small touches he brings to his shallow, remarkably unself-aware character are marvelous. So many of his moments on screen are laugh-out-loud and this is some of the best work in a career of great work. He is both above and of this man; totally shameless and visibly calculating. I smile just thinking of how he personified the successful movie star measuring his next move while infusing it with grandiosity and self-interest.

And then there’s the ageless, gorgeous, charismatic Penelope Cruz as Cuevas, the director who has never met an actor she couldn’t control or dominate. She wears the extraordinary wardrobe as though it’s an extension of her body, and her explosive red hair is an ever changing work of art. Her movements across the screen are liquid and her doe-like eyes hide the instincts of a shark. Cruz, no doubt, had enormous fun playing a director with so little regard for her actors that she corrects every phrase and movement. It is a role rife with revenge motivations and she takes advantage of them all. She’s never been more beautiful but the surprise is how marvelous she is as a comedienne. Her timing, like that of her co-stars, is immaculate as so many of the visual jokes depend on her wordless delivery.

From start to finish, Cohn and Duprat, Argentines all, in conjunction with writer Andrés Duprat, have given us one of the best films made about creating a movie with hilarious and macabre twists. Run to see this one. It’s worth the risk of an indoor setting.

In Spanish with English subtitles.