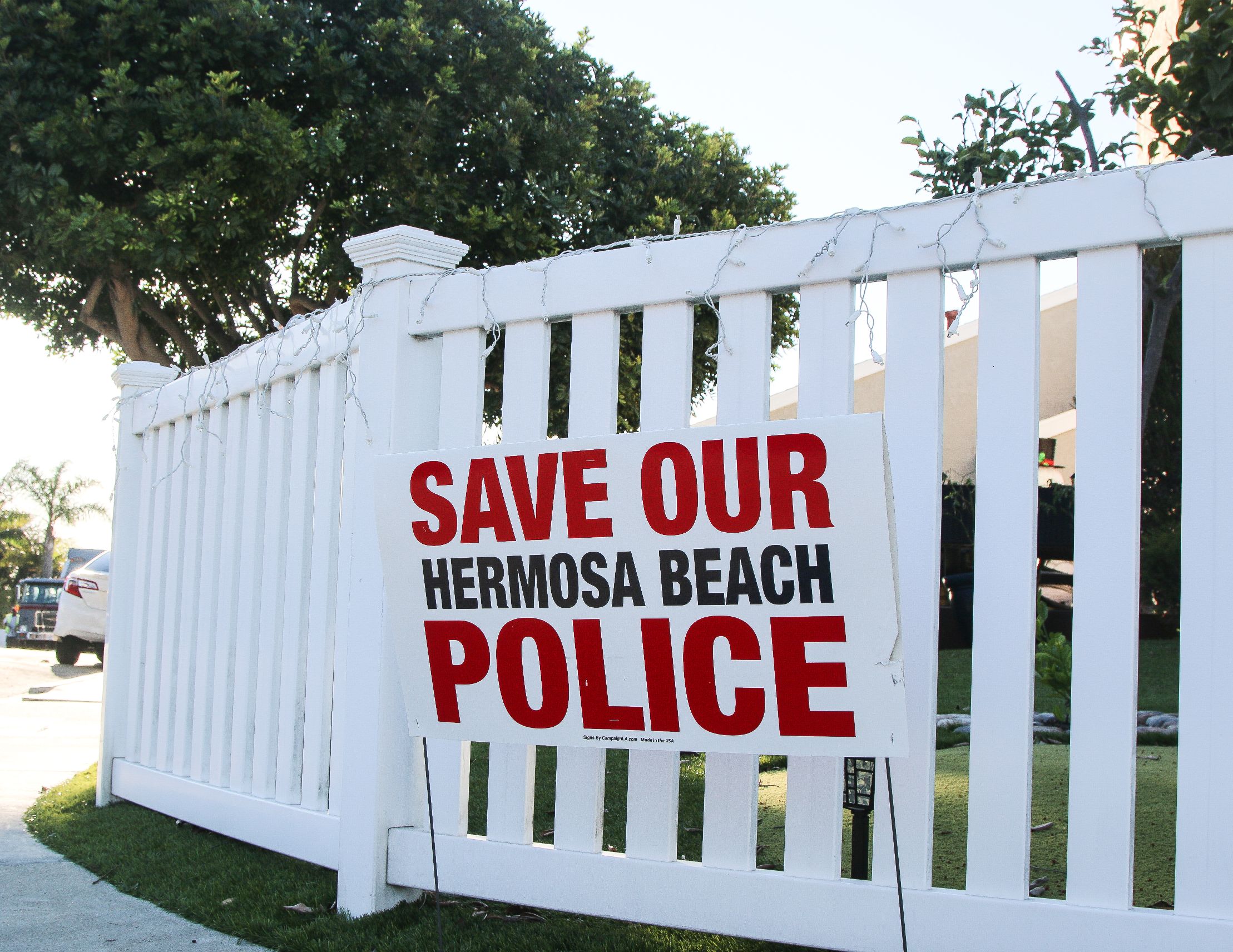 The Hermosa Beach Police Officers Association has turned to residents for support in its contract negotiations with the city. Photo by Kevin Cody

The dominance of public safety in the budgets of our local governments indicates its importance to the people they serve. It also emphasizes the influence police and fire departments have over those governments.

For example, nobody can determine the number of police officers that need to be deployed in a city at any particular time. In fact, that number will be different from year to year. Probably season to season. However, a city can’t hire officers that way, so a judgement, usually toward the top end of the number needed, is generally accepted as a city’s goal.

The fire service is a different, mostly because a city could hire some people that were purely paramedics, which is primarily the job today’s fire services perform. However, as opposed to police, fire departments are akin to insurance policies. Their usefulness during emergencies requires their presence on city payrolls during times when they are not needed as much for their assigned tasks.

As a result, public safety’s position as the major element in a city’s budget is unlikely to change. Nor does the public want it to. But, the realities of city finances make looking to the future of public safety management with the clearest of eyes. essential.

The primary culprit of civic fiscal angst is pensions, especially those for public safety. No one is saying they are undeserved. But, without some resolution, cities will be forced to reduce other services. It is a zero-sum game. What public  is service not going to survive?

No one can look back over the past 20 to 30years of public safety and say that public safety departments operate now like it did then. Yet, we budget for these services as if it did. Sadly, the problem with internal looks at modernization is that vested interests, especially in higher ranks, think primarily about job protection.

We have great examples. In Redondo, it is the contretemps between the leadership of the fire service and its rank and file as to whether to consider contracting out to Los Angeles County. In Hermosa, it is about salaries.

As members of the public, we bring many views that have little to do with the issue itself. Some love to see the city’s name on the side of the fire truck or patrol car. Some have personal relationships with members of the organization whose work lives might be affected.

However, it behooves us to independently find out what works best for the city, including being able to afford the amenities that make community as livable as possible. And that takes non-public safety money.

These public safety issues have become highly politicized. This is a shame, because these decisions need to be made impartially as possible. That requires trust in independent sources.

Right now, that is our cities’ biggest deficit.