“Only Murders in the Building” – It’s a killer [TELEVISION REVIEW] 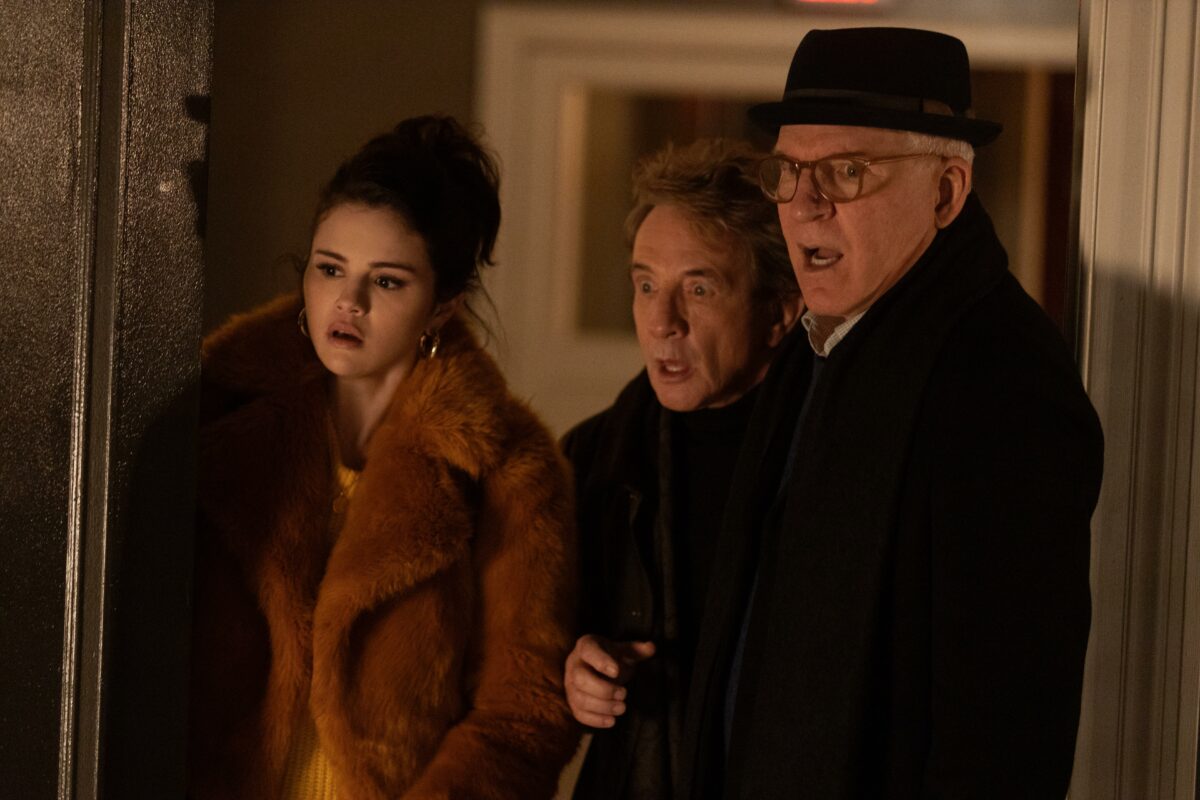 “Only Murders in the Building,” an original episodic series from the minds of writers Steve Martin and John Hoffman, delivers a charming, funny, occasionally over-the-top, mindlessly entertaining evening (or since it’s streaming, morning, afternoon, or late night) in half hour chunks.

The building in question? The venerable Arconia is Manhattan. The murder victim? An unpleasant young man, disliked by all, and initially declared a suicide.

Charles, an actor who once starred in his own cop show but whose career is now on the far side of the moon, Oliver, the very fey Broadway director whose ideas have bankrupted many a producer and can barely get a cab to answer his call, and Mabel, a thirty something aimless young woman who is redesigning her deceased aunt’s apartment are as improbable a trio as you are likely to find. But find each other they did because of the death of Arconia resident Tim Kono and a love of true crime podcasts.

Although the police have closed the case, our intrepid trio decide that they should do their own podcast as they try to solve what they think is a murder mystery. Their investigations lead them down some ridiculous paths, although to be honest, they really sell Sting as a possible suspect.

With each ensuing episode, they reveal more about themselves and come closer and closer to uncovering overlooked evidence. The buttoned-up Charles will find a girlfriend; narcissistic Oliver will begin to see the viewpoint of others as he works toward the common goal; and Mabel, who has undisclosed ties to the murder victim, begins to find a focus. Eight years before, Tim, Mabel, Zoe, Oscar, the super’s son, and Theo the son of one of Oliver’s former investors (Splash! The Musical – with the malfunctioning swimming pool on stage) were all present when Zoe was pushed off the roof of the Arconia. Oscar, her date, was convicted and has recently been released from prison after serving eight years.

While it is the podcast of their dreams, garnering attention from the queen of the genre, Cinda Canning, their idol and role model, it’s not setting the world on fire with their tens of followers. And as ridiculous as some of their suspicions are, there is a logic to them.

The guest stars are a panoply of unexpected names, all of whom are having enormous fun, at their own expense, not yours (that is an important distinction because they’re laughing at themselves and not at you). Among those guests you will spy the aforementioned Sting, an actress who shall remain unnamed as the scene-stealing podcast maven, Amy Ryan as Charles’ love interest, a bassoon player with a sense of humor, well not so much humor as primarily puns; a fleeting glimpse of the hilarious Roy Wood; and Nathan Lane, a former investor in Splash! The Musical who is, nevertheless duped into supporting the podcast as long as his deli is mentioned repeatedly.

Selena Gomez as Mabel, a bit cold at first, takes a while to jell with her two very broad costars. But she’s the young to offset the old and grounds the story a bit, especially when it comes to what might otherwise be unlikely coincidences. She has more of a stake, so if she’s a bit too serious at times, it’s forgivable. 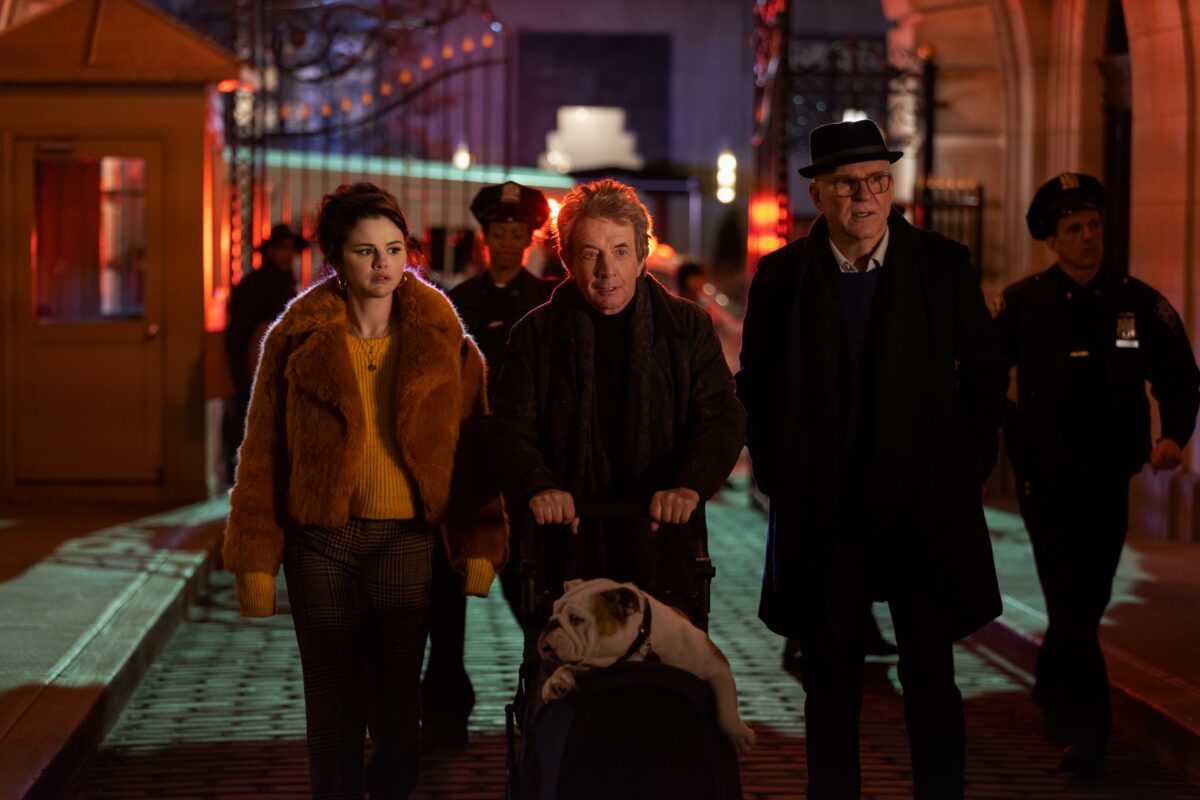 Martin Short, who’s never seen a character that can’t be made sillier and more exaggerated has found a home as Oliver. Describing his flops, all of which he still adamantly believes in, is a Broadway-lovers sweet spot. From his make-up to his mincing walk, he is a stereotype from the get-go. It doesn’t matter that he has a son, he is the personification of what most people view as a “theater type.” His annoyingly over-the-top performance gradually beats you down until you want more of him, not less.

Steve Martin, Charles, is appropriately subdued and allows Short most of the silly. Martin is funny without overdoing it, and that surprised me greatly. His closed off character is appealing, especially as he tries to bond with Mabel and Oliver, but even more with his bassoonist girlfriend. Even in the stiffness of his character, he finds the empathy and growth.

“Murders in the Building” is a delightfully endearing series that gets better with each episode. The mystery deepens as the murder the three discover leads them down the path of the crime for which Oscar was accused and convicted. Cagily the original murder is solved but the death of Tim Kono… you’ll have to stay tuned for the next season to find out. I will.